Now that the global pandemic has been thrust back onto centre stage of the American presidential election, Democrats intend to keep the focus there.

The party has requested that a plexiglass barrier be erected on stage between Democrat Kamala Harris and Republian Mike Pence when the vice-presidential candidates debate Wednesday night.

Republican staff eye-rolled at the idea: “If Sen. Harris wants to use a fortress around herself, have at it,” Pence spokesperson Katie Miller was quoted telling Politico.

There are two good reasons why Democrats want that glass there. And why Republicans aren’t as keen.

The novel coronavirus has ripped through the administration’s ranks, adding more White House staffers to the list on a daily basis and fraying nerves across Washington.

The virus has struck both the above-quoted staffer Katie Miller, and, in the last few days, her husband, White House aide and immigration hardliner Stephen Miller.

Biden called his opponent’s behaviour irresponsible. After the debate, he told an NBC town hall how he noticed the president’s entourage gathered indoors without masks.

“It was a little disconcerting to look out and see that, his whole section, no one had masks on,” Biden said.

“Look, anybody who contracts the virus by essentially saying, ‘Masks don’t matter. Social distancing doesn’t matter,’ I think is responsible for what happens to them.”

Trump has never actually said those things. He has, however, avoided wearing masks in public — and occasionally teased people who do, including Biden.

He has also hosted political events believed to have contributed to the spread, where people avoided wearing masks and socialized in close quarters.

Now he’s complaining Democrats spend too much time talking about the virus that has killed more than 200,000 Americans and sent him to hospital.

The Fake News Media refuses to discuss how good the Economy and Stock Market, including JOBS under the Trump Administration, are doing. We will soon be in RECORD TERRITORY. All they want to discuss is COVID 19, where they won’t say it, but we beat the Dems all day long, also!!!

And that points to the second reason Democrats want to elevate this issue in the final weeks of a campaign: political advantage.

Polling data consistently shows Trump getting lower marks for his handling of the virus.

“It weighs on the Trump-Pence ticket constantly,” said David Byler, a data analyst and columnist at the Washington Post.

His effort was complicated by the fact that he, personally, was flown to and from hospital by helicopter and briefly given supplemental oxygen.

BREAKING—WH has completely cut CDC out of any contact tracing of the <a href=”https://twitter.com/hashtag/SCOTUSNomination?src=hash&amp;ref_src=twsrc%5Etfw”>#SCOTUSNomination</a> rose garden event. WH has decided not to trace contacts of guests &amp; staff members of the Amy Coney Barrett event even though 8 attendees have tested <a href=”https://twitter.com/hashtag/COVID19?src=hash&amp;ref_src=twsrc%5Etfw”>#COVID19</a> positive. <a href=”https://t.co/aNJBLSgSFm”>https://t.co/aNJBLSgSFm</a>

Biden keeps pushing the issue to the fore, for instance encouraging national rules for mask-wearing.

And time is running low for Trump to flip the campaign script.

WATCH | How will Trump cope with COVID-19 now that he’s back in the White House: 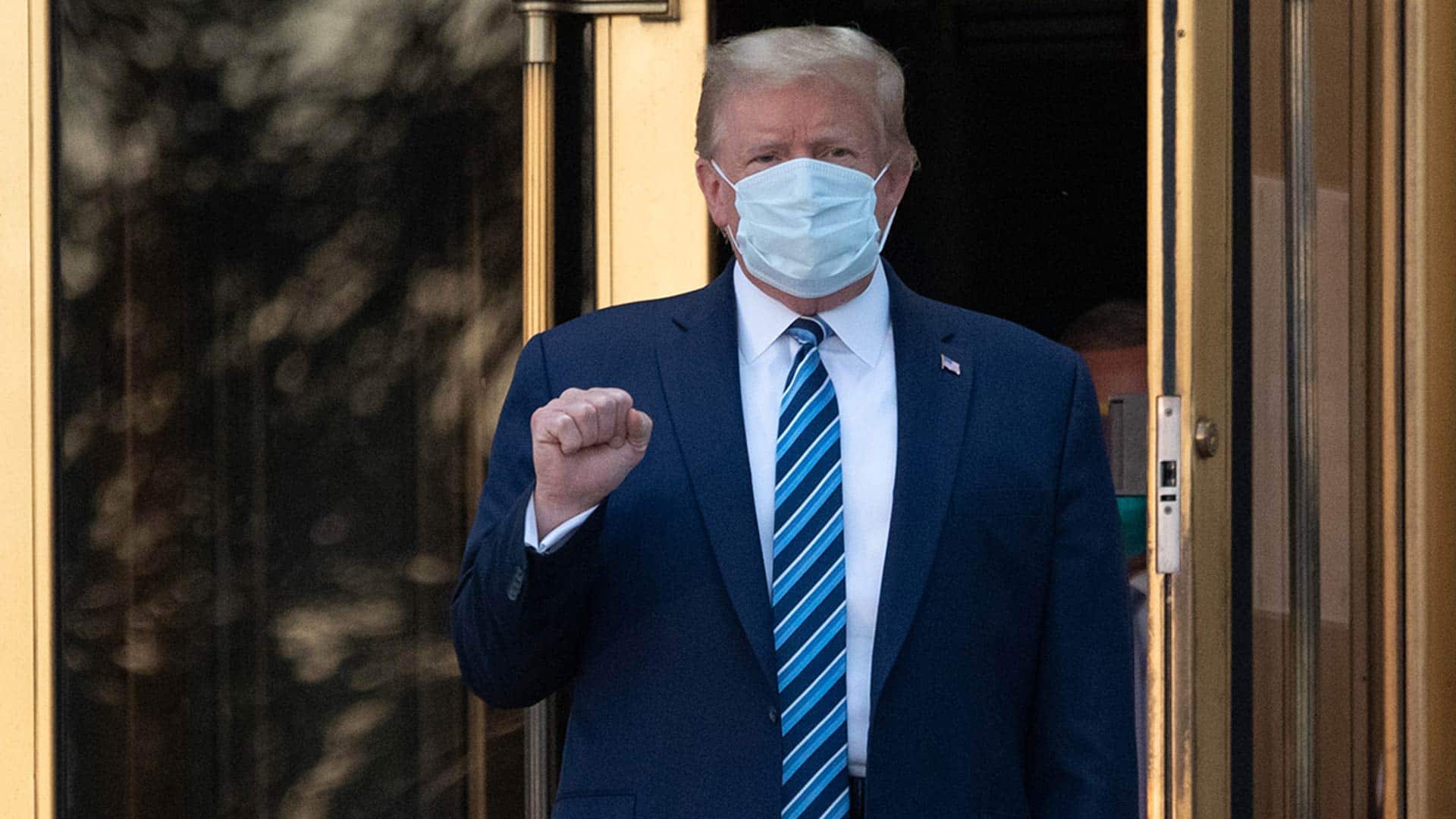 Former assistant U.S. surgeon general Dr. Ali S. Khan and infectious disease specialist Dr. Susy Hota discuss President Donald Trump’s release from hospital following treatment for COVID-19, including what treatments or symptoms could be next and if there should be concern for those around Trump. 6:06

Bruising batch of polls for Trump

The president has gotten brutal polling numbers lately, including some showing double-digit deficits nationally and in the critical state of Pennsylvania.

It’s a bit early to gauge the effect of his illness on public opinion, but Biden’s margins inched up nationally by several points after last week’s first presidential debate, and he gained a bit of ground in Florida, too.

Byler said Biden appears to have received a post-debate bump of a couple of percentage points — what’s less clear is whether the bump will last.

He said one possibility is the gap will revert to the norm, meaning a decent national lead for Biden with tighter margins in key states, making the race too close to safely predict.

Another possibility? “This is blastoff time, and it becomes a true [Biden] landslide.”

The Gallup polling company said in 2012 that none of the eight previous vice-presidential debates occurring since 1976 meaningfully altered voter preferences.

Given the age of the two presidential candidates – Trump is 74 and Biden is 77 – there are higher-than-usual odds of Pence or Harris being elevated to the top job.

“I don’t know that the … ballot margin has ever moved more than one point in response to a VP debate. …  This race has been defined throughout by attitudes towards President Trump, and I expect that to continue.”

That doesn’t mean a vice-presidential debate can’t be informative. They sometimes tell an interesting tale about the state of American politics.

Pence’s staunch defence of Trump in 2016 foreshadowed how establishment Republicans would eventually rally around the then-party outsider.

Tonight, on a stage in Utah, he’ll be nearly four metres away from Harris. And she’s demanded that they be separated by a glass shield.

WATCH | See how Pence fared in his last vice-presidential debate in 2016— against Democratic opponent Tim Kaine: 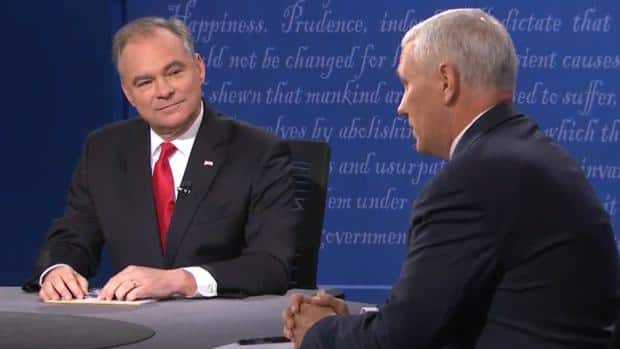 How long has Donald Trump been president? | World | News