Anthony Edwards was taken by the Minnesota Timberwolves with the No. 1 pick Wednesday night when the NBA draft was finally held after multiple delays.

Edwards became the 11th straight one-and-done player to be the No. 1 pick, coming in a year where there was no clear obvious choice. He averaged 19.1 points for the Bulldogs, tops among all freshman.

Commissioner Adam Silver announced the pick from ESPN headquarters in Bristol, Connecticut. The draft was originally scheduled for June 25 before multiple delays caused by the coronavirus pandemic pushed it back out and out of its usual home at Barclays Center in Brooklyn. Boxes of hats were shipped to the top prospects to put on the one they needed after their name was called.

Edwards watched while seated next to portraits of his late mother and grandmother. They both died of cancer. 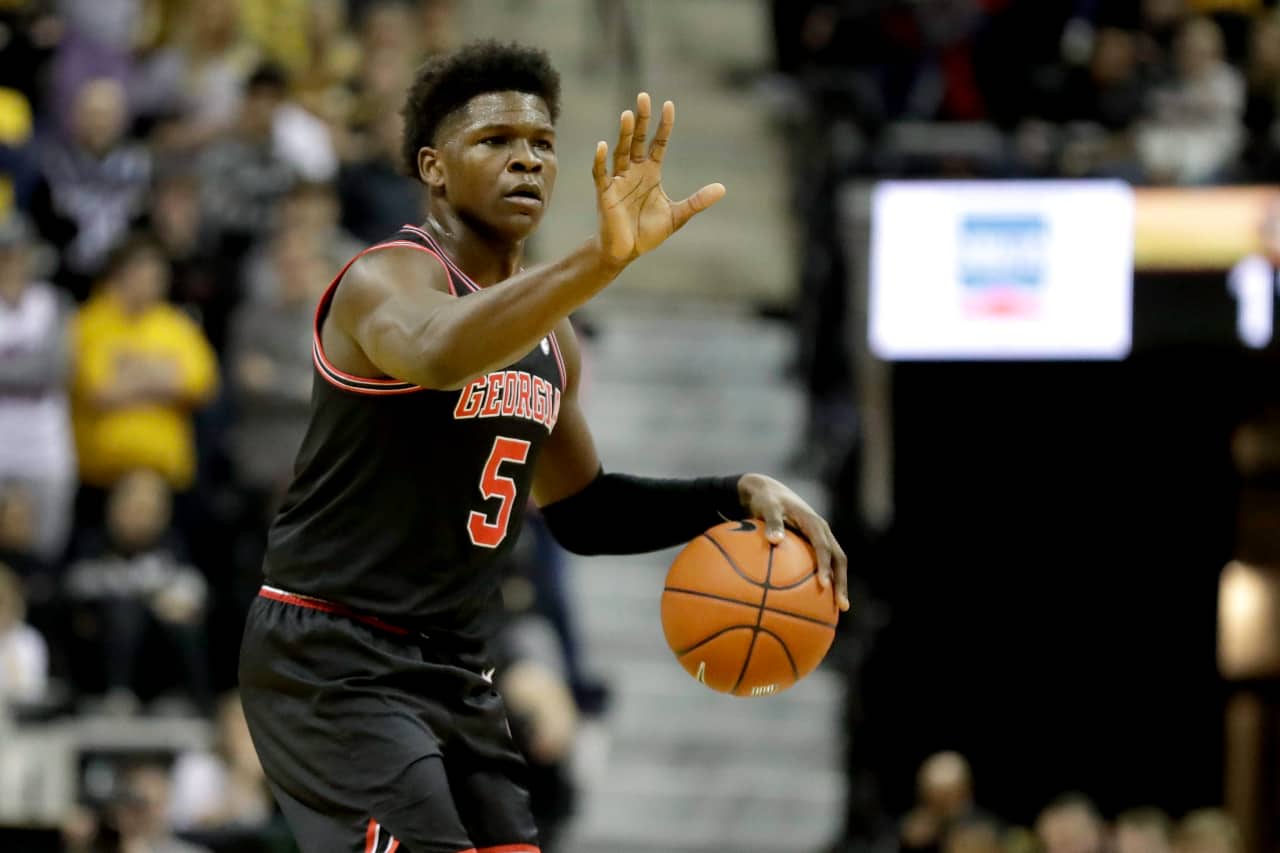 Minnesota Timberwolves select Anthony Edwards as first overall pick of the 2020 NBA Draft. Edwards was a shooting guard with the Georgia Bulldogs. 0:34

The Golden State Warriors, stung by the news that Klay Thompson sustained another leg injury earlier Wednesday, took Memphis centre James Wiseman with the second pick. They stumbled to the bottom of the league while Thompson missed the entire season with a torn ACL in his left knee.

The severity of his injury had not been revealed as the draft began but it didn’t persuade the Warriors to take another guard. Instead they went with the 7-foot-1 centre who arrived as the No. 1 recruit out of high school and averaged 19.7 points and 10.7 rebounds in three games before he was suspended for eligibility reasons and eventually left the program to prepare for the draft.

LaMelo Ball then went to the Charlotte Hornets, the next stop on a lengthy basketball journey that sent the guard from high school in California to stops as a professional in Lithuania and Australia.