There was no celebration when Becky Hammon took over as San Antonio Spurs head coach on Wednesday night.

When Gregg Popovich was ejected in the second quarter, he simply pointed at Hammon and said “You got ’em.”

Tennis superstar and breaker of glass ceilings Billie Jean King posted: “See it. Be it.”

The 43-year-old’s night capped a year unlike few others for women’s sports, with some breathtaking highs. There’ve been some notable hirings, including Kim Ng as GM of the Miami Marlins and Bev Priestman, head coach of Canada’s women’s soccer team.

Viewership for the National Women’s Soccer League, which was the first North American pro league to return after the pandemic began, grew by a whopping 498 per cent, while the WNBA saw a 68 per-cent increase while battling the other major sports, including the NBA.

WATCH | What were the biggest women’s sport stories of 2020?: 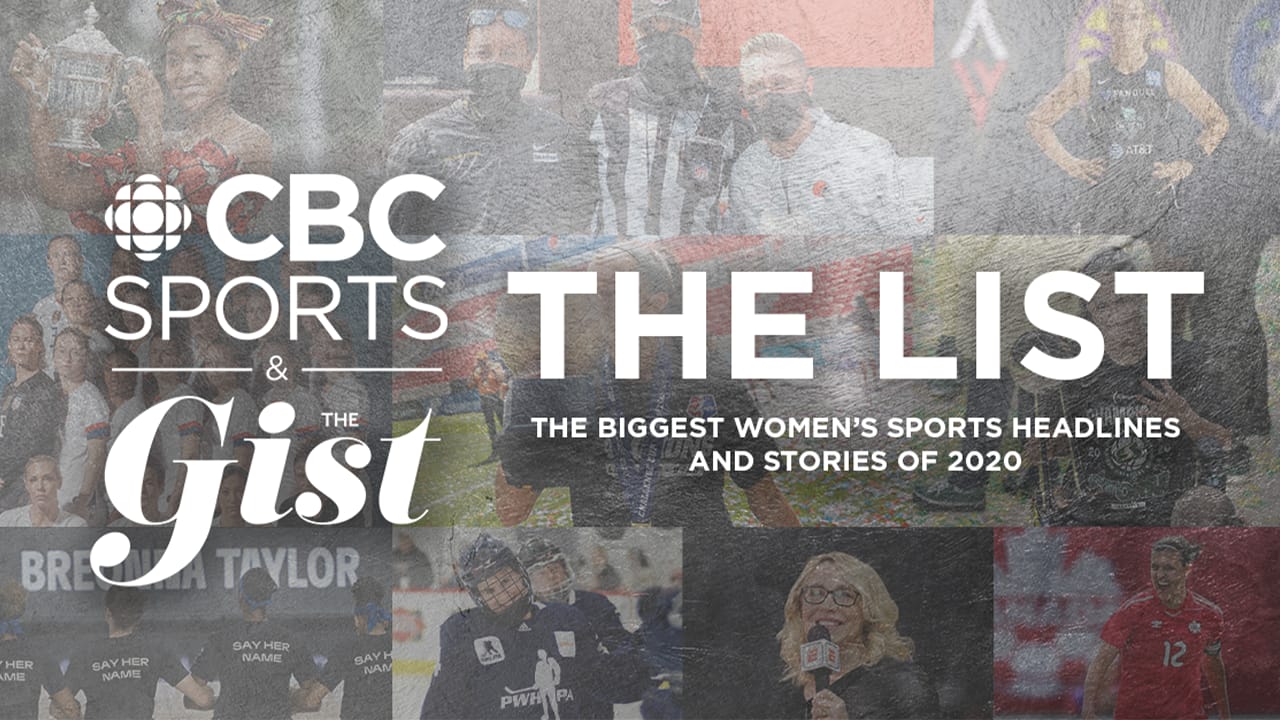 CBC Sports teamed up with The GIST to review what was a huge year for women’s sports. Here’s the stories and headlines that made our list, from the NWSL leading the way and setting the bubble standard to the WNBA leading the way in the fight against racial injustice. 11:15

Hammon said she would have preferred a win Tuesday night — the Spurs lost to the Los Angeles Lakers. But what she called “a substantial moment” wasn’t lost on the six-time WNBA all-star, who’s been a Spurs assistant since 2014.

“I try not to think of the huge picture and huge aspect of it because it can be overwhelming,” she told reporters after the game.

Lakes star LeBron James was among the players who applauded the historic moment.

“It’s a beautiful thing just to hear her barking out calls, barking out sets. She’s very passionate about the game. Congrats to her and congrats for our league,” James said.

Spurs guard Dejounte Murray said Hammon was “setting an example for every woman out there.”

But the year saw minuses as well. Already facing an uphill battle for equal opportunities in sport, COVID-19 halted major momentum, including women preparing for the Tokyo Olympics and Paralympics, a stage on which Canadian women traditionally shine.

“The disruption of COVID was potentially devastating for women’s sports, because they went into the pandemic at such a big disadvantage, less visibility, less investment, less power at decision-making tables, and ultimately just facing so many hurdles to be seen and to be valued and respected,” said Allison Sandmeyer-Graves, the CEO of Canadian Women & Sport. “And so COVID has had and still has the potential to really set women’s sport back.”

Sport participation numbers for girls, Sandmeyer-Graves pointed out, are bleak, and she fears the pandemic has only widened the gap.

The Rally Report, released in June, found that participation levels for Canadian girls are much lower than boys, with a dramatic dropout rate of one in three girls leaving sport late in adolescence — a number that has barely budged since a similar report in 2016.

By comparison, the number for boys in the same age group is only one in 10.

Amy Stuart is one of four female head coaches — out of 600 teams — in the Greater Toronto Hockey League, the world’s largest youth competitive hockey league.

“I encountered one (other woman) in a training session. And another one found me over email,” said Stuart, a mom of three boys — she coaches her 11-year-old son Joey. “But I’ve never encountered one like out in the wild. I’ve never coached against, or seen another woman on the bench.

“It is kind of shocking, we’re 50 per cent of the population, and many of whom are athletes or hockey players, coaches with lots of great experience.”

She estimated that at least 80 per cent of games, unless the officials know her, they’ll speak to her male assistant before games, thinking he’s the head coach.

One positive is that Stuart has noticed significantly more conversation around getting women involved in the GTHL, and credited executive director Scott Oakman for reaching out to her several times.

On the business side, the WNBA’s orange hoodie was a beacon of hope, named the Sports Business Journal’s fashion statement of the year.

The WNBA also impacted the U.S. election. After Atlanta Dream co-owner Kelly Loeffler criticized players for their support of Black Lives Matter, they threw their support behind Rev. Raphael Warnock, a Democrat running against Loeffler for a U.S. Senate seat

“We’ve had so many great on and off the field of play accomplishments in sport,” said Cheri Bradish, founder of the Ryerson University’s Future of Sport Lab, and director of sport business initiatives for the Ted Rogers School of Management.

“I still believe . . . there is still very much work to be done in building the business and economic case for women.”

“I tend to err on all of this is great if we see the money starts to follow,” Bradish said.

2021 holds plenty of promise, including the Olympic and Paralympics in Tokyo, plus the much-awaited return of Canadian tennis star Bianca Andreescu, among others.

Sandmeyer-Graves hopes the momentum of 2020 will continue to build.

“There’s some great storytelling ahead of us in the Olympics and Paralympics,” Sandmeyer-Graves said. “And I think that’s what we need more of, frankly.

“I do have some optimism in the sense that all the major pro leagues were up and running at the same time, and women were getting record ratings. I would really love to believe, and I do believe, that there is some capacity being built there. There’s an audience that was built over this year that I think we will still see into next year as well.”