U.S. president-elect Joe Biden has called the violent protests on the U.S. Capitol “an assault on the most sacred of American undertakings: the doing of the people’s business.”

Biden, who spoke from his headquarters in Wilmington, Del., also demanded that President Donald Trump immediately make a televised address calling on his supporters to cease the violence that he described as an “unprecedented assault” as pro-Trump protesters violently occupy the U.S. Capitol.

Biden’s condemnation came after violent protesters breached the U.S. Capitol on Wednesday afternoon, forcing a delay in the constitutional process to affirm the president-elect’s victory in the November election.

Protesters tore down metal barricades at the bottom of the Capitol’s steps and were met by officers in riot gear.

Biden called the uprising action that bordered on sedition and said, “The scenes of chaos at the Capitol do not reflect a true America, do not represent who we are.

“I call on this mob to pull back and allow democracy to go forward,” Biden said. “At their best the words of a president can inspire, at their worst they can incite.”

Some protesters tried to push past the police, who held shields, and officers could be seen firing pepper spray into the crowd to keep them back. 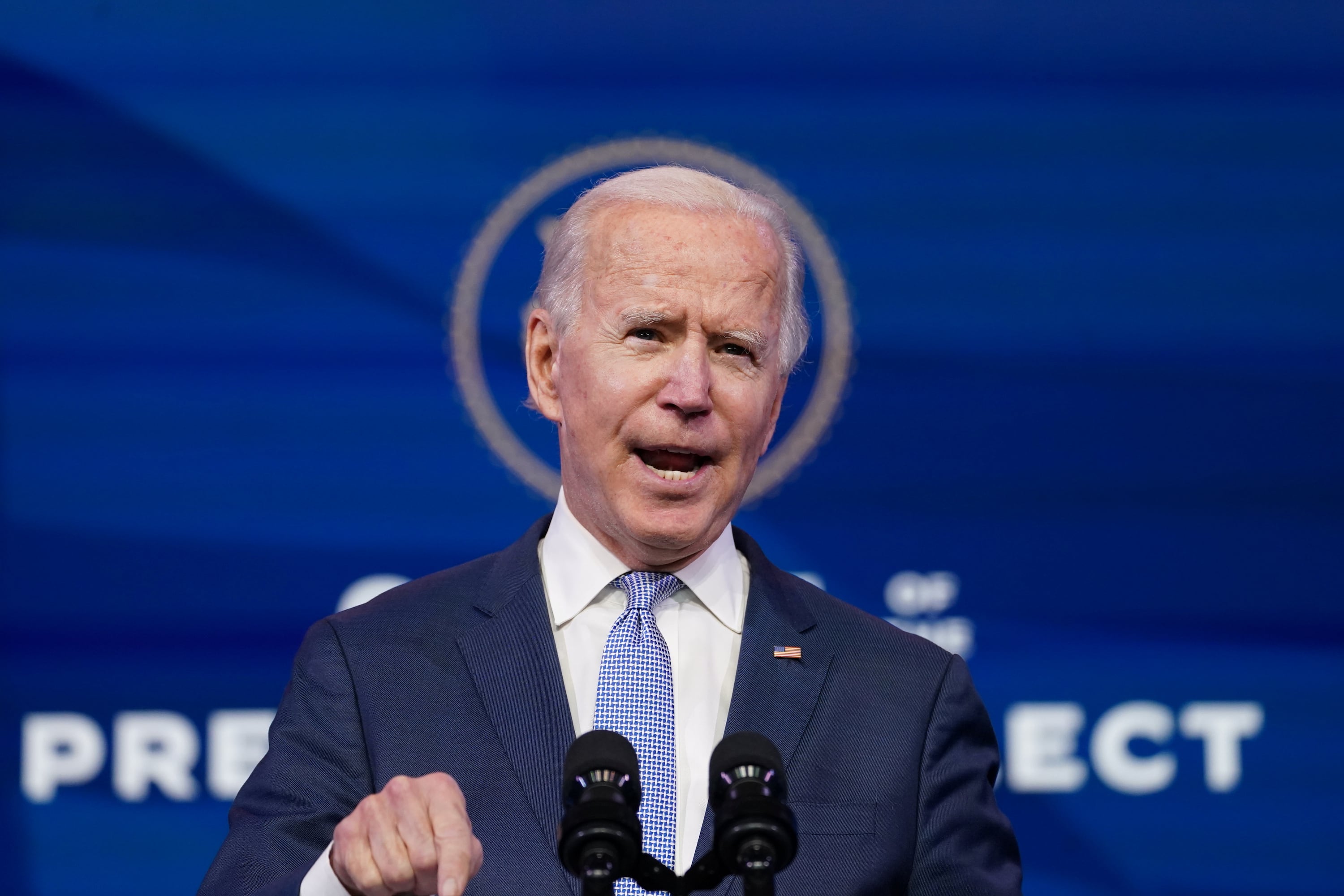 U.S. president-elect Joe Biden condemns the violence on Capitol Hill and calls on Donald Trump to tell his supporters to go home. 7:25

Members of Congress inside the House chamber were told by police to put on gas masks while other lawmakers have been escorted out by Capitol police. Senate Majority Leader Mitch McConnell and other senators were escorted out by staff and police.

Protesters could be seen marching through the Capitol’s stately Statuary Hall shouting and waving Trump banners and American flags.

Some House lawmakers tweeted that they were sheltering in place in their offices.

Protesters were able to breach the Senate chamber. One got up on the dais and yelled “Trump won that election.”

Several dozen protesters are roaming the halls, yelling, “Where are they?”

Some were also in the visitors’ galleries.

Calls for calm from Republican lawmakers

Republican lawmakers were increasingly calling on U.S. President Donald Trump to act to de-escalate the protests.

House Minority Leader Kevin McCarthy said he spoke with the president earlier Wednesday and told him to make a statement to “make sure that we can calm individuals down.”

Republican congressman Mike Gallagher, a Trump supporter from Wisconsin, implored the president during an interview on CNN to “Call it off! Call it off!” He also posted a video in which he said, “This is Banana Republic crap that we’re watching right now.”

In a tweet, Trump encouraged his supporters to “remain peaceful” but did not call for them to disperse.

The White House said National Guard troops along with other federal protective services were en route to the Capitol to help end the occupation.

Trump later posted a video, in which he carried on his lie that the election was stolen. He called the people on the other side “evil,” but told his supporters to go home.

Twitter immediately labelled the video as disputed and prevented it from being retweeted.

The Capitol breach came shortly after Trump addressed thousands of his supporters, riling up the crowd with his baseless claims of election fraud.

In the House chamber, Rep. Paul Gosar of Arizona, flanked by Sen. Ted Cruz of Texas, rose to object to the typically routine certification of electors’ votes.

The last-gasp effort was all but certain to fail, defeated by bipartisan majorities in Congress prepared to accept the November results. Biden, who won the electoral college 306-232, is to be inaugurated Jan. 20.

Still, Trump vowed he would “never concede” and urged the massive crowd to march to the Capitol where hundreds had already gathered under tight security.

“We will never give up,” Trump told the noontime rally.

The current majority leader, Mitch McConnell, who warned his Republican Party off this challenge, delivered early remarks, telling his colleagues that overruling the presidential election would “damage our republic forever.”

But it was Vice-President Mike Pence who was most closely watched as he stepped onto the dais to preside over the session in the House chamber.

Minutes before the session opened, Pence issued a statement saying that he does not have the power to discard electoral votes that will make Democrat Joe Biden the next president.

Pence said that it was “my considered judgment that my oath to support and defend the Constitution constrains me from claiming unilateral authority to determine which electoral votes should be counted and which should not.”

In the days before the joint session, Trump pressured his vice-president to toss electors from battleground states that voted for Biden.

But despite Trump’s repeated claims of voter fraud, election officials and his own former attorney general have said there were no problems on a scale that would change the outcome. All the states have certified their results as fair and accurate, by Republican and Democratic officials alike.

Arizona was the first of several states facing objections from the Republicans as Congress took an alphabetical reading of the election results.

Biden won Arizona by more than 10,000 votes, and eight lawsuits challenging the results have failed. The state’s Supreme Court on Wednesday upheld the dismissal of an election challenge.

The joint session of Congress, required by law, convened before a watchful, restless nation — months after the election, two weeks before the inauguration’s traditional peaceful transfer of power and against the backdrop of a surging COVID-19 pandemic.

Lawmakers were told by Capitol officials to arrive early because of safety precautions with protesters in Washington.

How old would Elvis Presley be today? | Music | Entertainment