There were no judges to smile at, and no fans to cheer them on. It was very much like an every-day practice on their home rink — but completely different.

Piper Gilles and Paul Poirier skated their ice dance programs weeks ago in front of a video crew, for the Skate Canada Challenge, which will be judged virtually over the next two weekends.

If the dancers had difficulty wrapping their heads around competing in isolation, their bodies knew what to do.

“On ice, it really felt like it was a competition,” Gilles said. “The nerves came back, the random leg fatigue, the ankle cramps, all that stuff that you experience before you compete, it was no different than doing it in an arena in front of people.

“Your body and your brain knows the pressures of the situation.”

COVID-19 has wiped out every event for Canada’s figure skating team since last March, including the world championships last spring in Montreal and Skate Canada International in October.

The Challenge is a virtual event that saw the skaters perform their programs over the past few weeks at their own rinks. The programs will be broadcast — and judged — beginning Friday.

“Even having the cameras and some of the Skate Ontario officials being there automatically put your body in that nervous state, which reminds us of competing, so it felt very much like a competition,” said Gilles.

While appreciative of any chance to compete, Kirsten Moore-Towers said it wasn’t quite the same.

“A virtual event is great, and we’re so happy to have done it. But we miss the fans and the interaction and being able to make eye contact with judges and having the closure of finishing your performance and seeing your score. It’s super bizarre.

“That’s not to say we’re not glad that we have these opportunities, but it sucks for sure — to put eloquently.”

WATCH | Behind the choregraphy with Virtue and Moir, Hanyu, Kim: 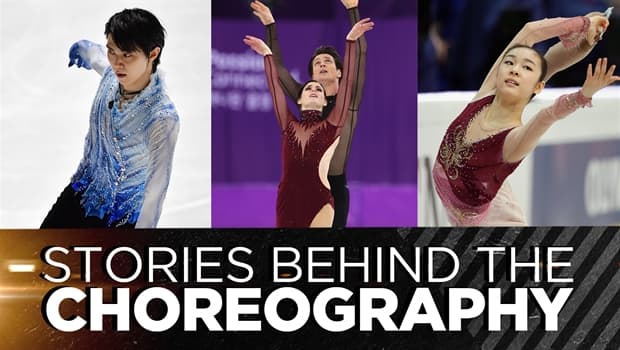 Choreographer David Wilson takes us behind the scenes of some of his most famous programs. 26:40

They’ll be judged in real time. The rules were the same, skaters had one shot, no do-overs allowed.

“These times are unprecedented, but we also understand the importance of giving our athletes the opportunity to get into a competitive environment so they are as prepared as they can be when things return to normal,” Skate Canada CEO Debra Armstrong said.

The pandemic lockdowns have been tough on skaters, particularly pairs and ice dance. After spending weeks locked out of their rinks when COVID-19 began, they were finally permitted to return early in the summer, but it was another few weeks before they were permitted to train together.

“That was challenging,” Moore-Towers said. “We obviously missed skating with each other. We’re pair skaters for a reason we do not thrive in the single skating environment. We prefer to hang out together.”

In September, Moore-Towers suffered a rib subluxation (displaced rib) that sidelined the team for another several weeks. The 28-year-old from St. Catharines, Ont., suffered the injury on a triple twist throw. Much like a pizza chef throws dough, the male skater hurls his spinning partner overhead and then catches her.

“So before Challenge, we had only started doing [the twist] a couple of days before, so of course didn’t get to put out the twists or the performances that we would have hoped to put out,” Moore-Towers said.

“No spoilers though,” Marinaro added, with a laugh. 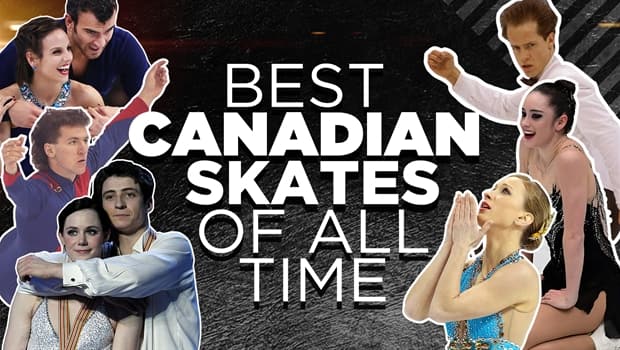 From Tessa & Scott to Elvis Stojko, we list some of the best Canadian figure skating moments in history. 10:39

It’s also odd, the two said, not to have been able to watch the slow-motion television replays of their programs, traditionally shown while the judges are calculating scores. They joked they’re still somewhat in the dark as to how they skated.

“For me, watching this event [Friday] and Saturday is similar as you, I have kind of an idea,” Moore-Towers said. “It’s an interesting position, and anxiety-ridden a bit . . . it should be easy-peasy, we’ve already done our part of the competition. But certainly that’s not the case.”

“It’s a little nerve-wracking watching ourselves get judged in real time,” Marinaro added.

The Challenge is a qualifying event for the Canadian championships, scheduled for Feb. 8-14 in Vancouver. It’s planned as a live event, but with COVID-19 cases on the rise across Canada, Gilles said it may be held virtually.

“Paul and I both have discussed this and I think a lot of athletes feel it, we’re in this weird situation where every day things can change and you’re almost preparing yourself for the worst but still trying to look forward, and we know that the Olympic Games is coming up [2022 in Beijing], so having that long-term goal helps us come in and train,” Gilles said.

“We definitely do want to compete and we know that possibly this could be a virtual nationals even though we’re hoping that it’s in person, but you just have to be kind of optimistic and expect things to change.”