It took the veteran skills of Lara Gut-Behrami to win a tricky World Cup super-G on Sunday in St. Anton, Austria.

Even Gut-Behrami veered off the best racing line before making two gates on a fast, twisting course as she finished 0.16 ahead of Marta Bassino of Italy. World Cup super-G champion Corinne Suter was third, trailing her Switzerland teammate by 0.20.

Racing early with the No. 5 bib, Gut-Behrami took a route few could follow — 11 of the first 25 top-ranked starters failed to complete the course.

They included Sofia Goggia, the winner of Saturday’s downhill, who lasted barely 10 seconds before skiing out.

Marie-Michèle Gagnon of Lac-Etchemin, Que., failed to finish for a second straight day. 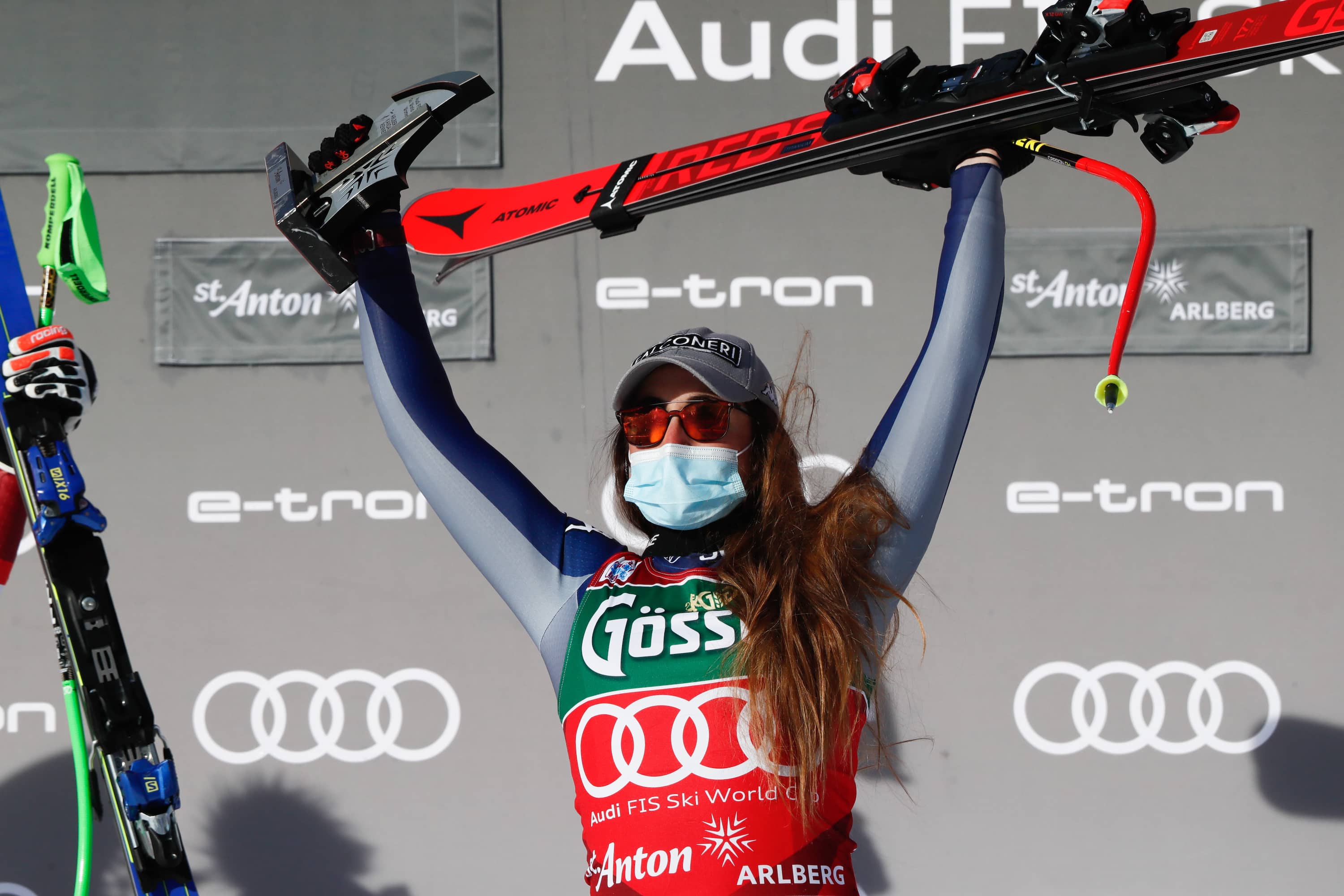 Sofia Goggia of Italy tamed the St. Anton, Austria downhill course Saturday crossing the line with a time of 1:24.06 almost a full second ahead of second place capturing her second World Cup downhill victory of the season 1:37

Gut-Behrami’s 13th win in World Cup super-G came more than 12 years after her debut victory in a discipline that demands speed and technical ability to improvise.

“Super-G was always the key to find the easiness again,” she said. “I need confidence and I need to have the instincts when I’m skiing, and super-G is exactly that.”

Super-G differs from downhill because racers do not get a training run on the course. They see the gate-setting up close in an early-morning course inspection.

The track Sunday had 36 turning gates designed by a France team coach.

French racer Tiffany Gauthier was among two top-20 starters disqualified for going straight through the second-last gate. They carried too much speed to adjust their direct approach ahead of the finish.

“I knew it already at inspection, you will have some speed and then really [at] turns you have to take speed a little bit out,” Suter said. “It was so hard to find this mix.”

Gut-Behrami’s top speed approaching 122 kilometres per hour was the same clocked by some downhill racers one day earlier.

Now 29, the 2016 World Cup overall champion won both of her career season-long discipline titles in super-G.

Gut-Behrami rose to fifth in the overall standings, ahead of three-time champion Mikaela Shiffrin. The American star is skipping speed races to focus on slalom and giant slalom

Shiffrin and Vlhova will be favoured in a slalom Tuesday under the night lights at Flachau, Austria.

Donald Trump news: What is the Office of the Former President? | World | News