The 19-year-old from Sainte-Marie, Que., finished behind winner Lucas Eguibar of Spain and Alessandro Haemmerle of Austria on Thursday.

Eguibar edged Haemmerle at the finish for the win. 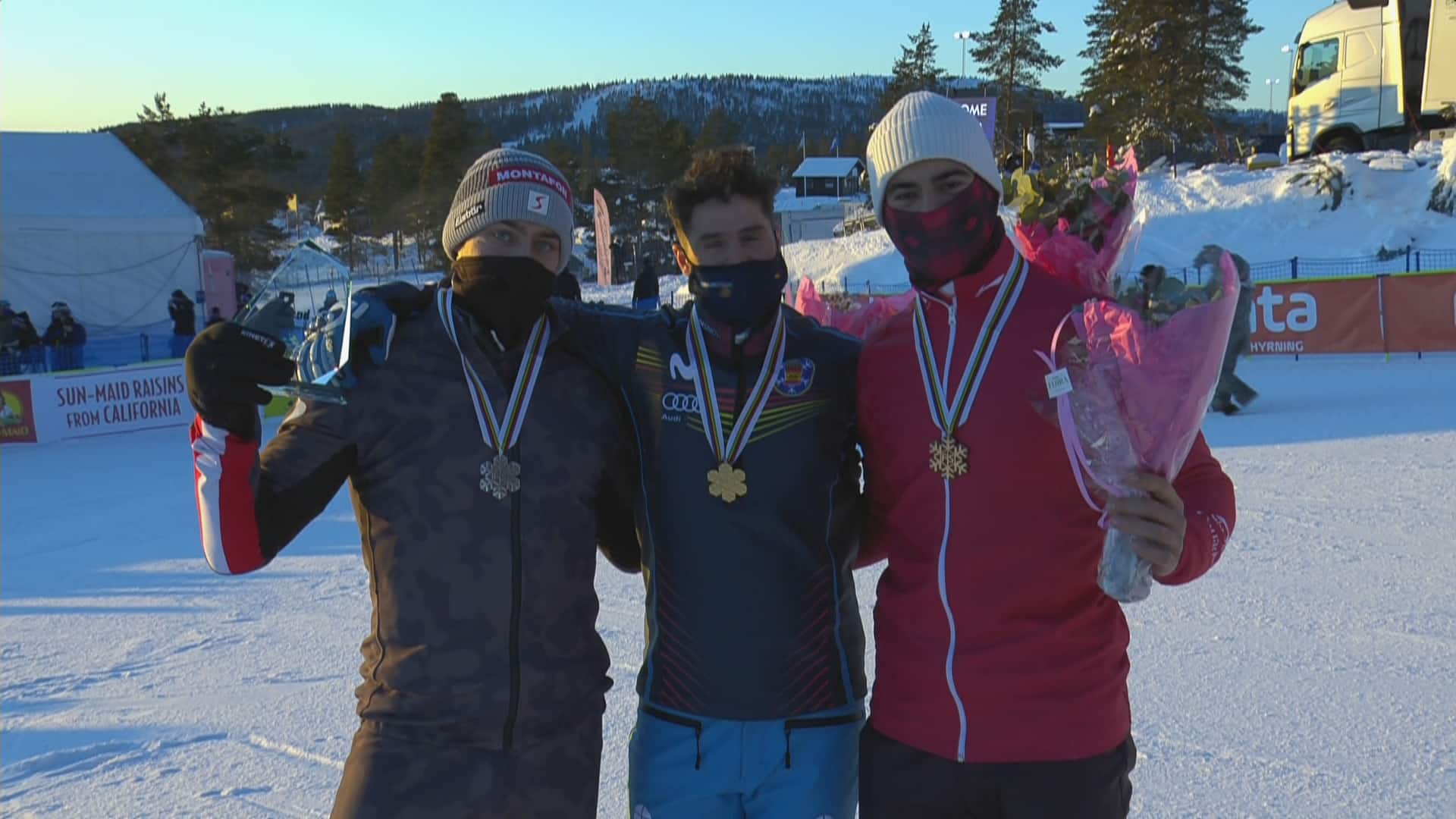 “I haven’t yet realized what just happened,” Grondin said. “I ended up in the final against two of the guys who were my childhood heroes [Eguibar and Haemmerle].

“I had the chance to race against them, and I ended up on the podium with them. It’s kinda crazy. I would say that I feel a bit like I’m in a dream right now.”

Grondin competed at the 2018 Pyeongchang Olympics as a 16-year-old, finishing 36th. He was the youngest man on Canada’s Olympic team.

Grondin had a second-place finish in one of only two World Cup races this season before the world championship.

“I worked really hard last summer with my physical trainer and it shows,” he said. “I feel stronger on my board and I’m a little heavier, so that helps.”

In the women’s race, Meryeta Odine of Prince George, B.C., finished 14th and Zoe Bergermann of Erin, Ont., was 21st.