Travis Dermott and Zach Hyman, into an empty net, had the other goals for Toronto (11-2-1), which got 33 saves from Frederik Andersen. Jake Muzzin added three assists and John Tavares had two as the Leafs improved to 8-0-1 over their last nine games.

The Leafs increased their lead over their Original Six rival atop the NHL and all-Canadian North Division standings to five points inside the Bell Centre, which would have been rocking in a normal season, but instead remains devoid of fans because of COVID-19 restrictions.

Auston Matthews saw a career-high goal streak snapped at eight games for Toronto, but he extended his point streak to 11 contests. Mitch Marner, meanwhile, saw his eight-game point streak come to an end. 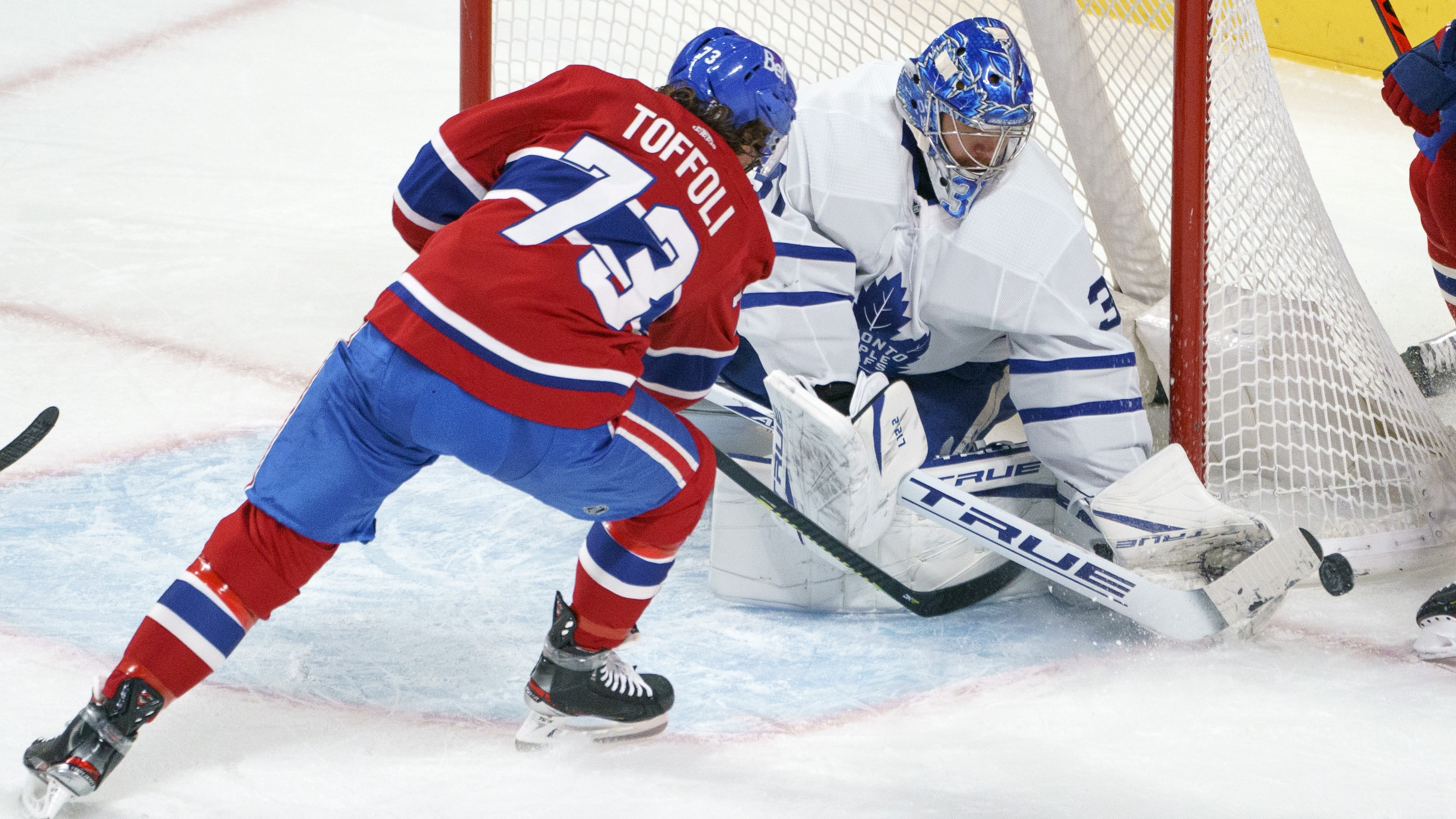 The Canadiens have a quick turnaround with the Edmonton Oilers waiting in the wings Thursday in the second half of a back-to-back, while the Leafs will head home to prepare for Saturday’s rematch with Montreal — the third of 10 meetings between the clubs in 2021.

Tied 1-1 through 40 minutes, Toronto pushed ahead at 1:50 of the final period when Holl was given all day to load up and blast a slapshot by Price’s glove for his first of the season while playing 4-on-4.

Price, who watched three of Montreal’s five previous games as the Canadiens look to get the most out of their starter with a dependable backup in Jack Allen, was then beaten again at 2:32 when Mikheyev banged home his first.

The goal was also the winger’s first since Dec. 27, 2020 — the same night he suffered a serious wrist laceration from a skate blade against the New Jersey Devils.

Montreal made a push as the period wore on, with Tatar scoring his fourth with 3:20 left in regulation off a scramble to make it 3-2, but the Leafs and Andersen held the fort late until Hyman scored into an empty net off a pass from Matthews.

The home side entered the marquee matchup rested following Saturday’s 3-1 victory over the Ottawa Senators, while Toronto was playing its fourth game in seven nights after sweeping the Vancouver Canucks three straight at Scotiabank Arena. 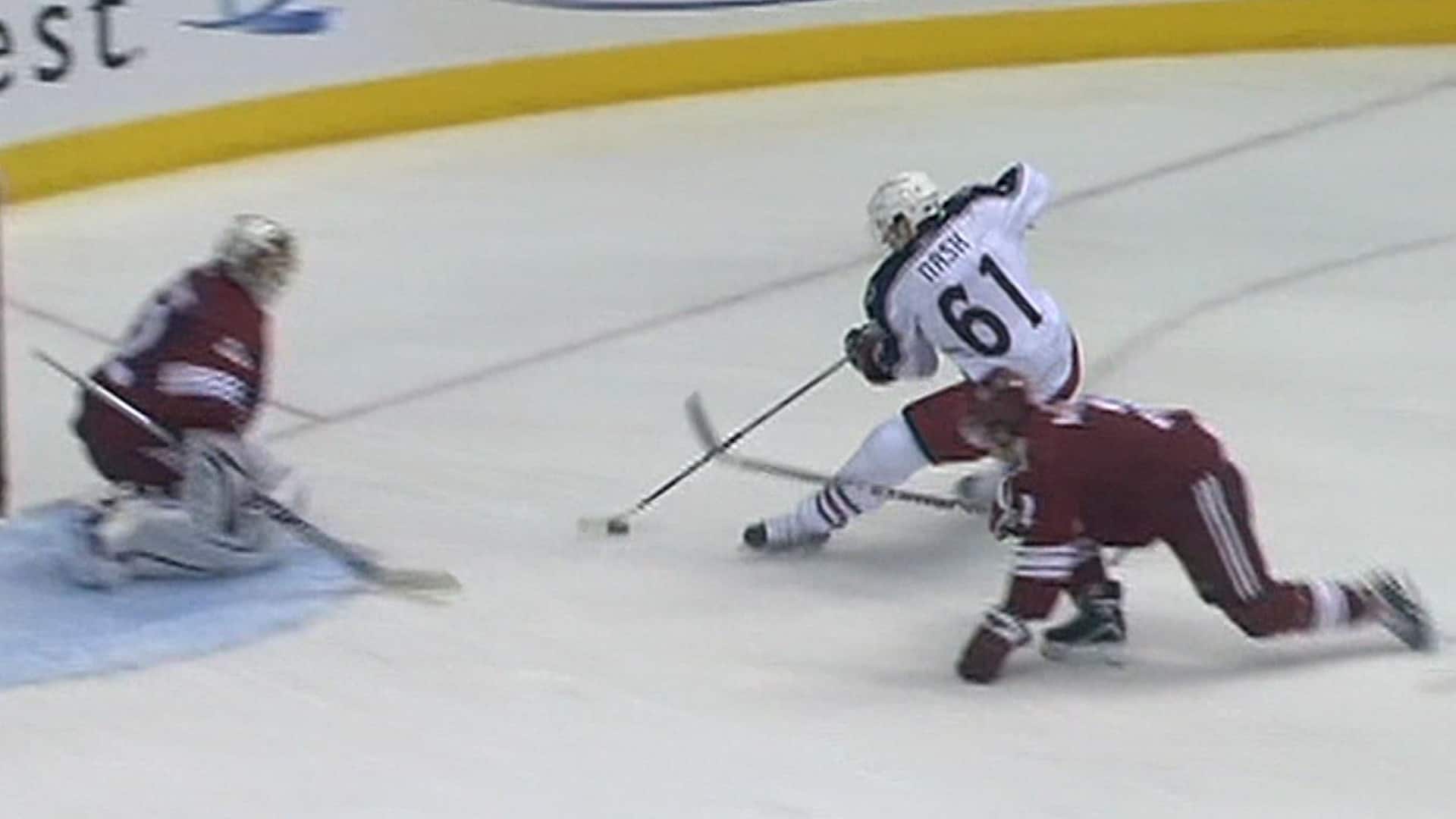 The Canadiens opened the scoring 76 seconds into Wednesday’s first period on a sequence started and finished by Anderson. The big winger dislodged the puck from Muzzin with a hit in the neutral zone before taking a pass from Jonathan Drouin and beating Andersen off the rush on the Canadiens’ first shot to score his ninth that equalled Tyler Toffoli’s mark for the team lead.

The Leafs, who weren’t good through 40 minutes Monday against Vancouver before coming alive to secure a 3-1 victory, again took a while to get going, but started to find their legs as the period wore on.

Travis Boyd heeled a shot with Price at his mercy on a good shift that drew a penalty, and Marner forced a tricky glove stop out of the Canadiens netminder as Montreal carried a 1-0 lead to the locker rooms.

Tavares, who had a great chance early in the second, was left bloodied and forced to leave the game for repairs later in the period after getting tied up with Canadiens captain and counterpart Shea Weber.

Andersen then stopped Toffoli before William Nylander whipped a shot wide from the slot at the other end.

With Tavares back on the ice and playing some inspired hockey, Toronto got even when Dermott, who returned to the lineup following a two-game absence because of a charley horse, wired his first at 15:48 with the teams also playing 4 on 4 after the Leafs hemmed the Canadiens in their own zone.

EU panic after Netherlands’ frustration with the eurozone boiled over: ‘It doesn’t work!’ | World | News

That Curling Show celebrates the trailblazing Canadian women of curling