Patrick Cantlay looked just as good Thursday at Pebble Beach as the last round he played 18 days ago.

Jordan Spieth looked as good as his last tournament, too.

Coming off a 61 in the California desert followed by at two-week break, Cantlay opened with seven birdies in eight holes and closed with two straight birdies for a 10-under 62. That tied the course record at Pebble Beach last matched 24 years ago by David Duval, and it gave Cantlay a two-shot lead in the AT&T Pebble Beach Pro-Am.

“I feel like I’m in a groove right now,” Cantlay said.

Henrik Norlander and 19-year-old Akshay Bhatia were at 64. Bhatia hit all 18 of the small greens at Pebble Beach, the first player to do that at Pebble since Ryan Palmer in 2008.

Spieth moved another round closer to some kind of a groove. He tied for fourth last week in the Phoenix Open, his best finish since May 2019 at the PGA Championship. Spieth holed out a wedge on the 10th hole for eagle and finished with three birdies over his last five holes for a 65. 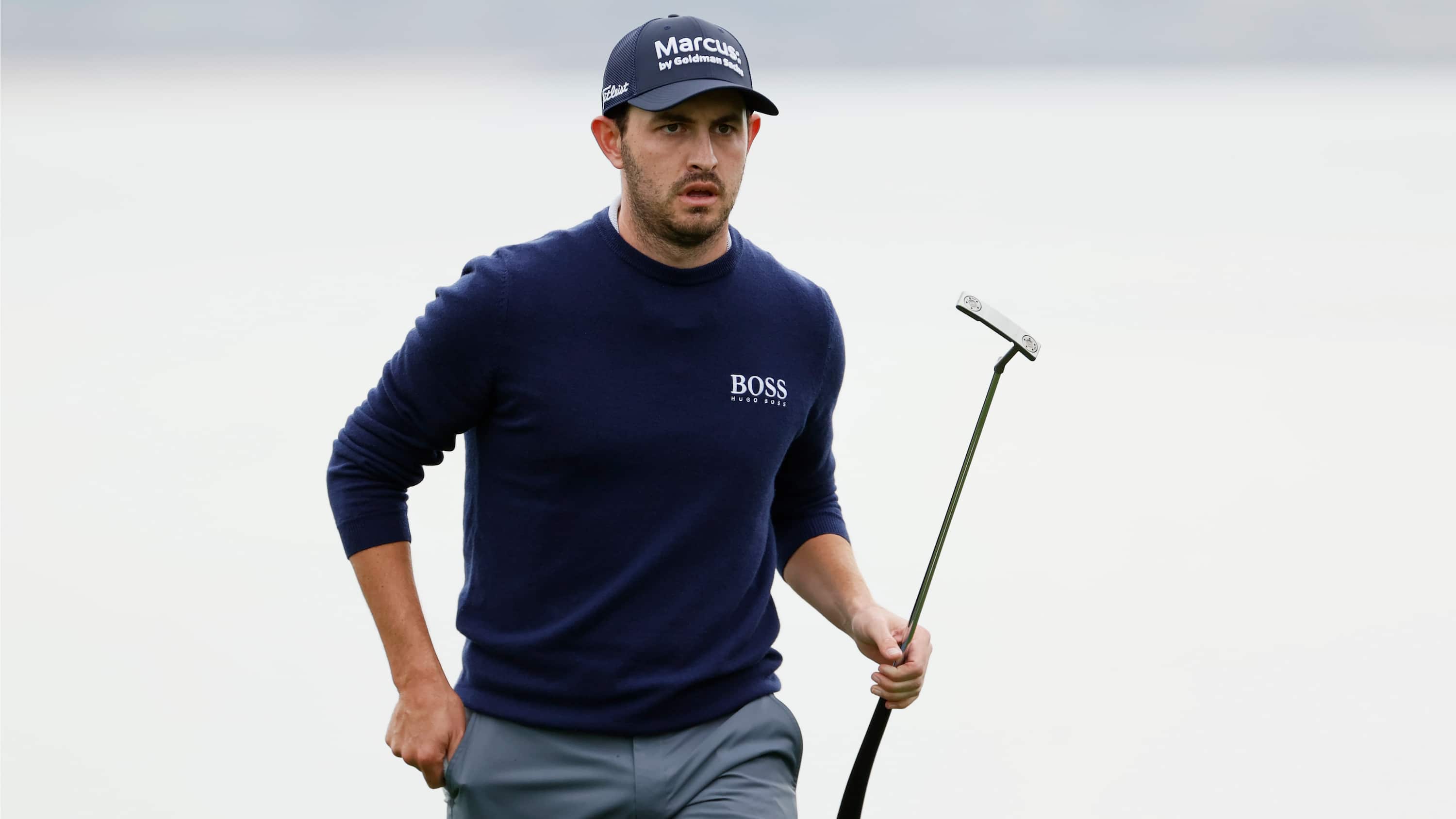 American Patrick Cantlay shot a 10-under 62 to tie the course record at Pebble Beach and take a two-stroke lead in the first round of the AT&T Pebble Beach Pro-Am. 1:19

It helped being at Pebble Beach, typically the easiest course when the weather is dry and relatively calm. Only one of the leading 10 scores was at Spyglass Hill. That came from Will Gordon, who shot a 66. Spyglass played slightly two shots harder.

“Today you needed to step on the gas pedal and take advantage,” Spieth said. And then he considered that his 65 was only good enough for a tie for fourth with Nate Lashley.

“I got bested by three today,” Spieth said. “I’m going to have to keep my foot on the gas.”

Defending champion Nick Taylor of Abbotsford, B.C., opened with a 69. David Hearn of Brantford, Ont., fired a 1-over 73, Roger Sloan of Merritt, B.C., is 2-over, while Michael Gligic of Burlington, Ont., is 3-over.

Rain was in the forecast overnight and possibly lingering into Friday before returning early in the weekend. 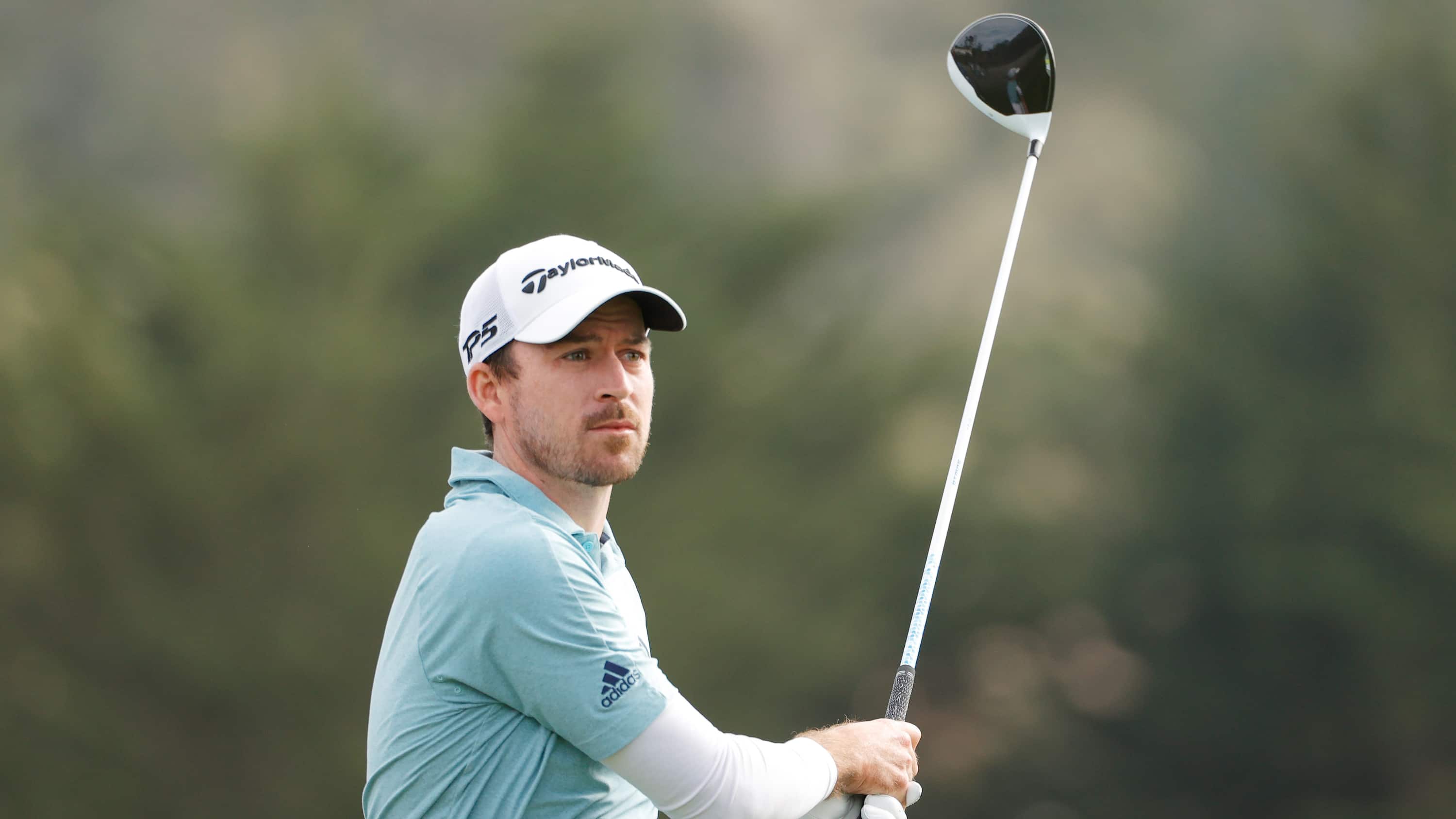 Defending champion Nick Taylor of Abbotsford, B.C. shot a 3-under 69, including a 44-foot eagle putt, during the first round of the AT&T Pebble Beach Pro-Am . 2:44

Without spectators and without amateurs this year, the tournament is using only two courses instead of three. It was more exposed than usual without grandstands behind the sixth green and overlooking the picturesque par-3 seventh.

And the pace of play, with three pros instead of a foursome of pros and amateurs, was quicker.

Low scores at Pebble Beach start with good weather and taking advantage of the front nine, and Cantlay had both of those going for him. He one-putted every green on the front nine, and capped off a stretch of four straight birdies with a 7-iron that landed next to the hole on No. 8 and left him a fast 6-footer for birdie.

The finish also was impressive, with a 7-iron that settled about 7 feet below the hole on the par-3 17th, and a nifty wedge from right of the 18th green for an up-and-down and his 10th birdie.

“I think we got Pebble in pretty much ideal conditions and I don’t think it’s going to be like that the rest of the week,” Cantlay said. “The greens were good this morning and receptive, and so I hit a lot of good shots just right out of the gate and made everything. I didn’t have very many long putts, but the mid-range putts that I did have I made all of them.”

Bhatia has been relying on sponsor exemptions since the former Junior PGA champion decided to turn pro right out of high school. He also was at Pebble, starting on the back nine and making his surge late in the round. His last birdie was an approach over a corner of the ocean to 3 feet on the par-3 eighth hole, and he made a 6-footer for par on the ninth.

“Hitting 18 greens out here with the greens being small helps,” he said with a smile.

Phil Mickelson, a five-time champion at this event, opened with a 74 at Spyglass and will have to hope for equally decent weather at Pebble Beach to make the cut.

While Spyglass was tougher, nearly half the 156-man field courses broke par, and one-third of the players shot in the 60s. The courses were susceptible to good scoring, especially Pebble Beach, and it was important for Spieth to find some momentum he has been lacking since his last win at the 2017 British Open.

He was tied for the 54-hole lead in Phoenix and shot 72 to finish two behind. He’s right back in the mix at Pebble Beach, where he won in 2017.

“Pebble presents a lot of precision and you’ve got to really trust what you’re doing,” Spieth said. “When the conditions were going to be easier today, you needed to kind of shoot a low round and make sure you’re in this tournament because it’s going to be a grind the next few days.”

Carrot or stick? U.S. governors try to get teachers back into schools