Hermann has now won three consecutive world titles, rallying in the final heat on Friday in Altenberg to beat fellow German slider Jacqueline Loelling for this year’s crown. Hermann finished four runs over two days in three minutes 52.97 seconds — 0.11 seconds ahead of Loelling, who was the leader going into the final run.

Russian sliders Elena Nikitina and Alina Tararychenkova were third and fourth respectively; Tararychenkova was tied for fourth by Germany’s Sophia Griebel. Katie Uhlaender of the U.S. was sixth in her final world championships. 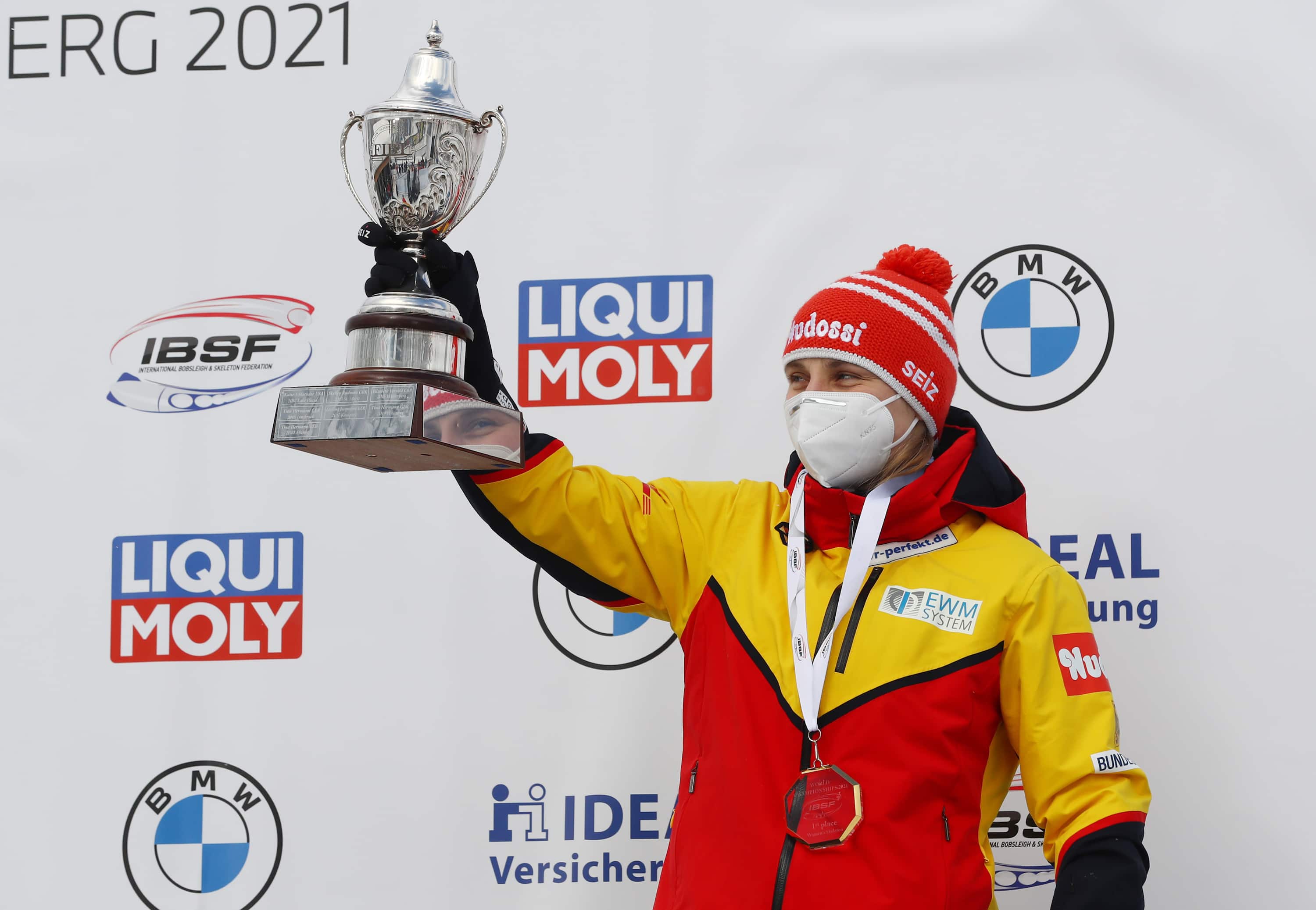 “I really wanted a top four,” Uhlaender said. “It was the little things. I was a little loose today, but I gave it my all.”

Jane Channell was the top Canadian, finishing eighth and 1.98 seconds behind the winner, but only .30 seconds off the podium.

“It was super close between me and third today, so it was really exciting with lots of movement between placings,” said the 32-year-old Channell, who won a bronze medal in her only World Cup start this year.

“It was really cold here all week, and the ice has been the hardest anyone has ever remembered sliding on in Altenberg.”

Kendall Wesenberg was 19th for the U.S. and Sara Roderick was 24th in her first trip to the world championships.

Hermann is now the first woman to win four world titles, the last two in comeback fashion. She was 0.56 seconds off the lead after the first run last year before rallying; she was 0.64 seconds off the lead after this year’s opening run on Thursday. And then she was dominant the rest of the way, throwing down the fastest heat in all three remaining trips down the Altenberg track.

The men’s world championships saw a comeback as well, though nowhere near as big of one time-wise as Hermann’s rally. Germany’s Christopher Grotheer, who was third by 0.06 seconds at the race’s midway point, rallied to win the title in 3:46.31. 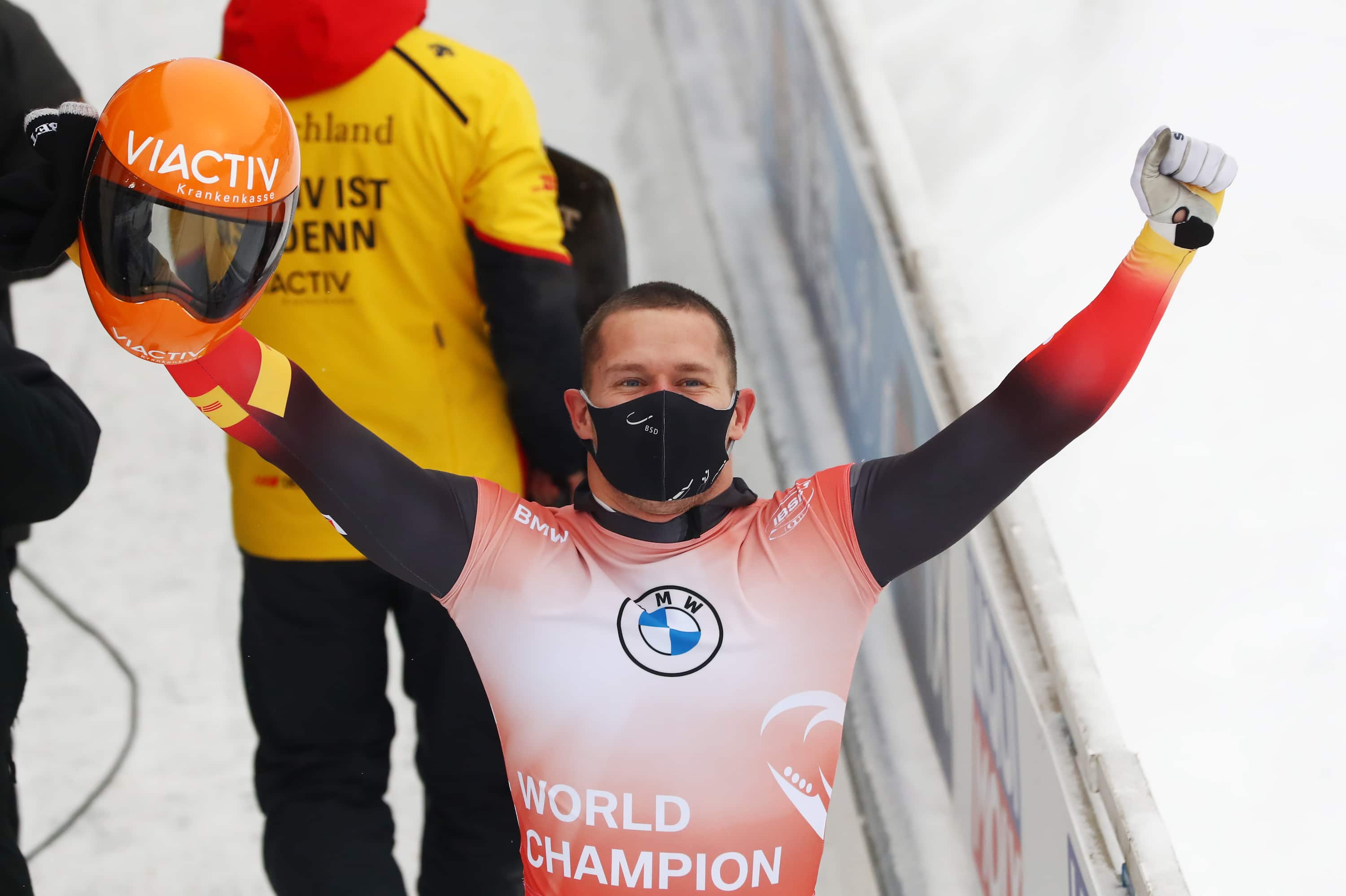 Christopher Grotheer of Germany won his second world championship skeleton title Friday crossing the line with a 4-run time of 3:46.31. 2:27

Alexander Tretiakov was second, 0.28 seconds back; Russian sliders like Tretiakov had to compete under a neutral flag because of doping sanctions against Russia. Germany’s Alexander Gassner was third, 1.20 seconds off the winning time.

Austin Florian was 15th for the U.S. and Austin McCrary was 29th.

The world championships continue Saturday and Sunday with the women’s monobob and four-man bobsled events.