Brendan Gallagher scored with 3:07 left in the third period as the Montreal Canadiens battled back to defeat the Toronto Maple Leafs 2-1 on Saturday.

Tyler Toffoli had the other goal for Montreal (9-4-2). Carey Price stopped 24 shots as the Canadiens improved to 2-3-0 over their last five. Tomas Tatar, who led his team with 61 points in 68 games in 2019-20, was a healthy scratch for Montreal. Gallagher added an assist for a two-point night.

Mitch Marner replied for Toronto (11-3-1), which got 20 saves from Frederik Andersen.

Auston Matthews picked up an assist to extend his point streak to 11 contests for the Leafs, who lost in regulation for the first time since Jan. 20. Toronto fell to 8-1-1 over its last 10 games and saw its lead atop the North Division shrink to three points over the Canadiens. 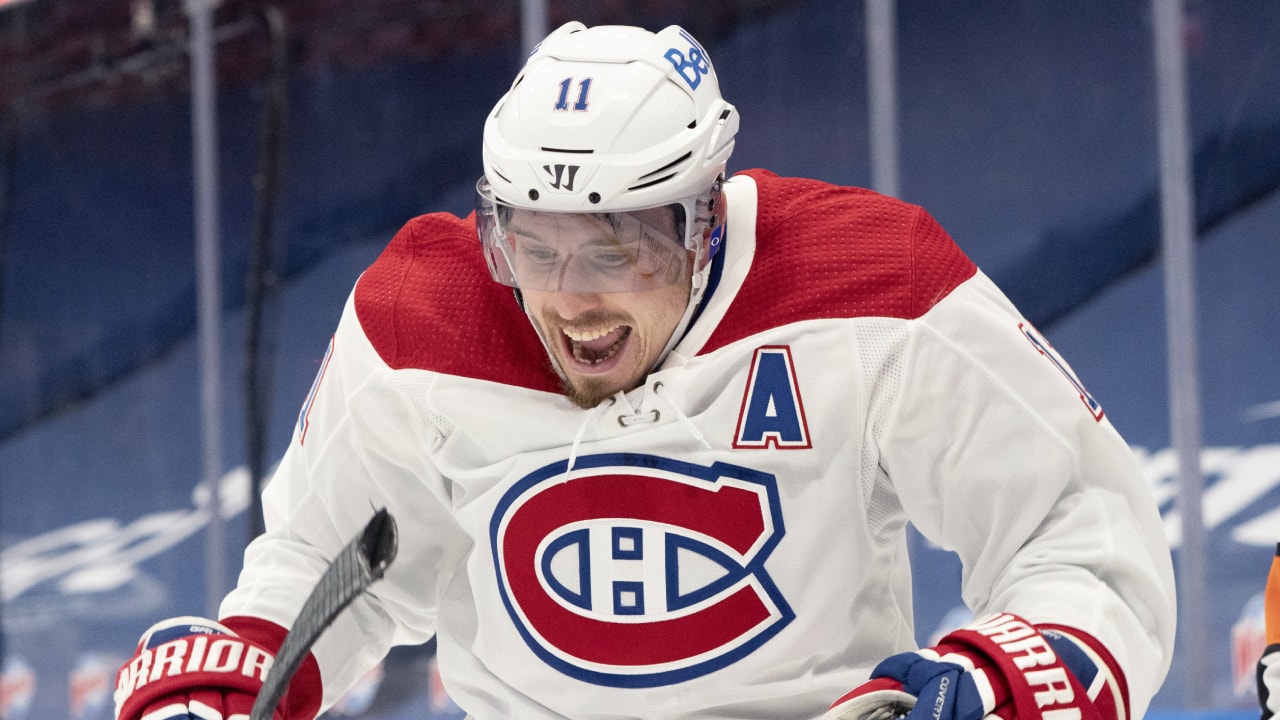 Brendan Gallagher’s goal in the final minutes of the third period led Montreal to a 2-1 win over Toronto. 1:17

Next up for the Leafs are games Monday, Wednesday and Thursday back at Scotiabank Arena against the three-win Ottawa Senators, while the Canadiens don’t play again until next Saturday when they host Toronto.

Montreal began the season 7-1-2, but entered Saturday having lost three of its last four in regulation — all at home — including Wednesday’s 4-2 loss to Toronto and a 3-0 setback at the hands of the Edmonton Oilers the following night.

The Canadiens, who also fell 5-4 to the Leafs in overtime on opening night, scored 44 goals during that hot start — including 28 over five games against the Vancouver Canucks — but have found the back of the net just six times during their current 2-3-0 run.

Rob Pizzo catches you up on the week that was in the all-Canadian division in the NHL. 2:54

They got just enough offence on this night.

Gallagher scored the winner with just over three minutes left in the third when he knocked down Jeff Petry’s point shot and then banged home his sixth for Montreal’s first lead inside an empty Scotiabank Arena.

Toronto didn’t muster much the rest of the way, and will now turn its attention to next week’s three-game set with Ottawa.

Down 1-0 after 40 minutes in a game where there wasn’t a lot going on in terms of offensive firepower, Toffoli tied the game when he took a pass from Phillip Danault, who was partially responsible for Marner’s opener, and buried his team-leading 10th of the campaign at 6:11 of the third period with Toronto’s fourth line on the ice.

Andersen then had to be sharp later in the period on a Jesperi Kotkaniemi chance at the side of the net as Montreal continued to carry the play.

WATCH | Rob Pizzo on the NHL’s biggest pests through the years:

After seeing his eight-game point streak come to an end Wednesday, Marner returned to the scoresheet 3:36 into Saturday when Matthews stripped Danault behind Price’s net and fed his linemate to bury the winger’s seventh upstairs — and first against the Canadiens in his career.

Marner and Matthews then had a couple more chances to increase Toronto’s lead, with the former drawing the puck between his legs on one sequence before the latter fired high on an odd-man rush.

Alexander Kerfoot then hit the post behind Price off a feed from William Nylander, who the forced a blocker save out of the Canadiens netminder from the slot.

Toffoli forced a good stop out of Andersen early in the second before Toroton’s goalie stoned the Canadiens sniper from the slot on another opportunity, but that was pretty much it as both teams kept to tight defensive structures through two periods.