Karl-Anthony Towns had just enough scoring help from his teammates for the Minnesota Timberwolves to end a four-game losing streak.

Towns scored seven of his 20 points late in the fourth quarter before fouling out with 38 seconds left, and the Timberwolves beat the Toronto Raptors 116-112 Sunday night.

Malik Beasley also scored 20 points, hitting six of 10 3-point shots, and rookie Anthony Edwards added 18 for the Timberwolves, who shot 69 per cent in the second half. Ricky Rubio contributed 16 points and five assists.

“If you go 6 for 10 and 7 for 13 (in the preceding game), we’ve got to get him the ball more,” Towns said of Beasley, who is averaging 24.6 points in seven February games. “He’s opening up the court for me. I haven’t played with a shooter like that for a long time.” 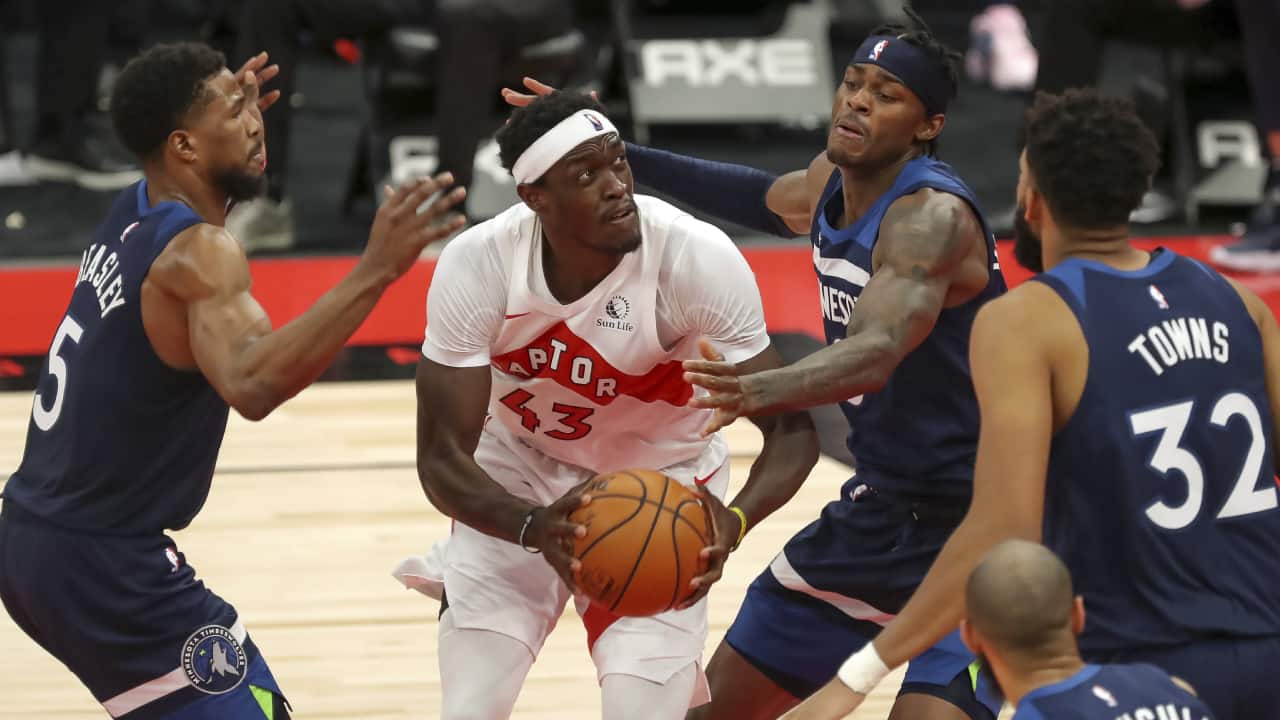 The Raptors (12-15) had a chance to tie the game in the closing seconds after Beasley stepped out of bounds with 12.1 seconds left for Minnesota’s eighth turnover of the fourth quarter. But, Pascal Siakam missed a layup that was contested by 6-foot-10 Jaden McDaniels. Jordan McLaughlin clinched the victory with two free throws with 3.7 seconds left.

Kyle Lowry led the Raptors with 24 points, including 12 in the fourth quarter, helping the Raptors overcome a 12-point deficit.

“He went to the free throw line 12 times,” coach Nick Nurse said, “so you can tell how hard he was trying to will us in there.”

Fred VanVleet and Norman Powell added 22 points apiece. Siakam finished with 18 points, eight rebounds and six assists for Toronto, which was coming off a 4-2 road trip.

Edwards converted three layups in a 17-2 run that put the Timberwolves up 91-79 late in the third quarter.

VanVleet scored 19 points in the first half, including nine straight that lifted the Raptors to a five-point lead late in the second quarter.