Norway won the gold medal in the team event at the skiing world championships by beating Scandinavian neighbour Sweden.

Thea Louise Stjernesund, Sebastian Foss-Solevaag and Fabian Wilkens Solheim won their runs in the final to give Norway a 3-1 victory.

Kristin Lysdahl and Kristina Riis-Johannessen were also on Norway’s team. 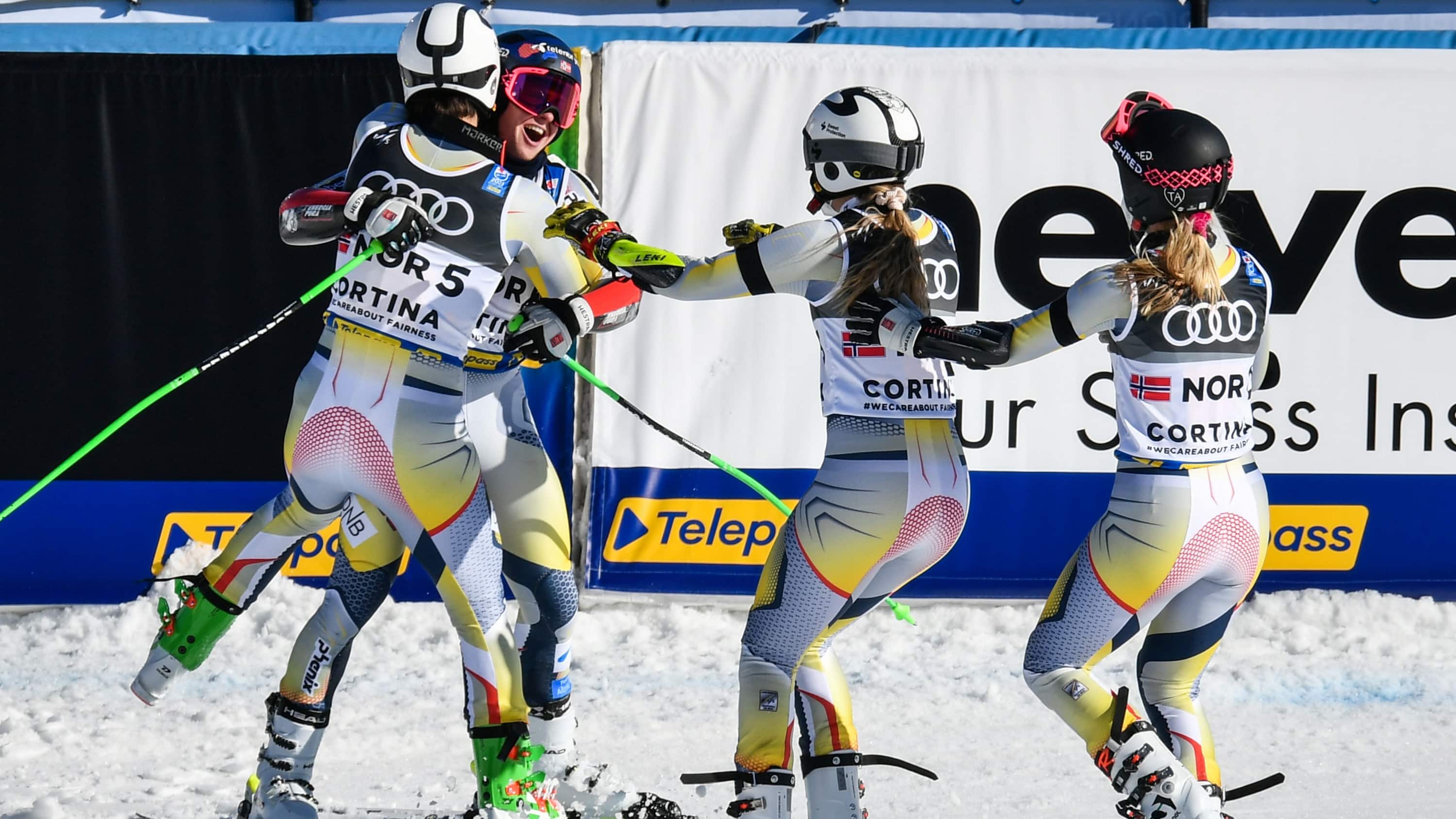 Fabian Wilkens Solheim won the decisive heat over Mattias Roenngren as Norway defeated Sweden in three of their four races to claim team parallel gold at the skiing world championships in Cortina, Italy. 3:36

Solevaag stopped racing midway through his heat against Kristoffer Jakobsen when the Swede made a mistake and appeared to invade his course. The jury opted for a re-run and Solevaag won.

Solheim then won the decisive heat over Mattias Roenngren.