A U.S. State Department aide in former president Donald Trump’s administration has been charged with participating in the deadly siege at the U.S. Capitol and assaulting officers who were trying to guard the building, court papers show.

Federico Klein, who also worked for Trump’s 2016 presidential campaign, was seen wearing a “Make America Great Again” hat amid the throng of people in a tunnel trying to force their way into the Capitol on Jan. 6, the documents say. Klein pushed his way toward the doors, where, authorities say, “he physically and verbally engaged” with officers trying to keep the mob back.

Klein was seen on camera violently shoving a riot shield into an officer and inciting the crowd as it tried to storm past the police line, shouting, “We need fresh people. We need fresh people,” according to the charging documents.

As the mob struggled with police in the tunnel, Klein pushed the riot shield, which had been stolen from an officer, in between the Capitol doors, preventing police from closing them, authorities say. Eventually, an officer used chemical spray, forcing Klein to move somewhere else, officials say.

Klein was arrested Thursday in Virginia and faces charges, including obstructing Congress and assaulting officers using a dangerous weapon. He was in custody on Friday and couldn’t be reached for comment. It was not immediately clear whether he had an attorney who could comment on his behalf. A Trump spokesman said he had no comment.

Klein became a staff assistant in the State Department shortly after Trump’s inauguration in 2017, according to a financial disclosure report. He held a top secret security clearance that was renewed in 2019, according to the court papers. He resigned from his position on Jan. 19, the day before Joe Biden was sworn in as president, authorities said.

A Department of State diplomatic security special agent interviewed by an FBI agent said that Klein worked in the Office of Brazilian and Southern Cone Affairs, according to the court papers. The Department of State official identified Klein in photos and video shown by the FBI, officials said.

Meanwhile, Eric Swalwell, who served as a House manager in Trump’s impeachment trial last month, filed a lawsuit Friday against the former president, his son, lawyer and a Republican congressman whose actions he charges led to January’s insurrection.

The California Democrat’s suit was filed Friday in federal court in Washington. It alleges a conspiracy to violate civil rights, along with negligence, inciting a riot and inflicting emotional distress. It follows a similar suit filed by Rep. Bennie Thompson last month in an attempt to hold the former president accountable in some way for his actions Jan. 6, following his Senate acquittal.

Swalwell charges that Trump, his son Donald Jr., along with former New York City Mayor Rudy Giuliani and Republican Rep. Mo Brooks of Alabama, had made “false and incendiary allegations of fraud and theft, and in direct response to the defendant’s express calls for violence at the rally, a violent mob attacked the U.S. Capitol.”

The lawsuit spells out in detail how both Trumps, Giuliani and Brooks spread baseless claims of election fraud, both before and after the 2020 presidential election was declared and charges that they helped to spin up the thousands of rioters before they stormed the Capitol.

“Now, after failing miserably with two impeachment hoaxes,” Swalwell is attacking “our greatest president with yet another witch hunt,” Miller said. “It’s a disgrace that a compromised member of Congress like Swalwell still sits on the House intelligence committee.”

The lawsuit, through Trump’s own words, accuses the former president of inciting the riot, employing much of the same playbook used by Swalwell and others during Trump’s impeachment trial — that his lies over the election results stirred supporters into the false belief the 2020 election had been stolen, that he egged the angry mob on through his rally speech and that he did nothing when faced with the images of throngs of his supporters smashing windows at the U.S. Capitol and sending lawmakers fleeing.

“Those with knowledge claimed that during this moment of national horror, Trump was ‘delighted’ and was ‘confused about why other people on his team weren’t as excited as he was.’ Others described Trump as ‘borderline enthusiastic’ about the unfolding violence,” the suit alleges. 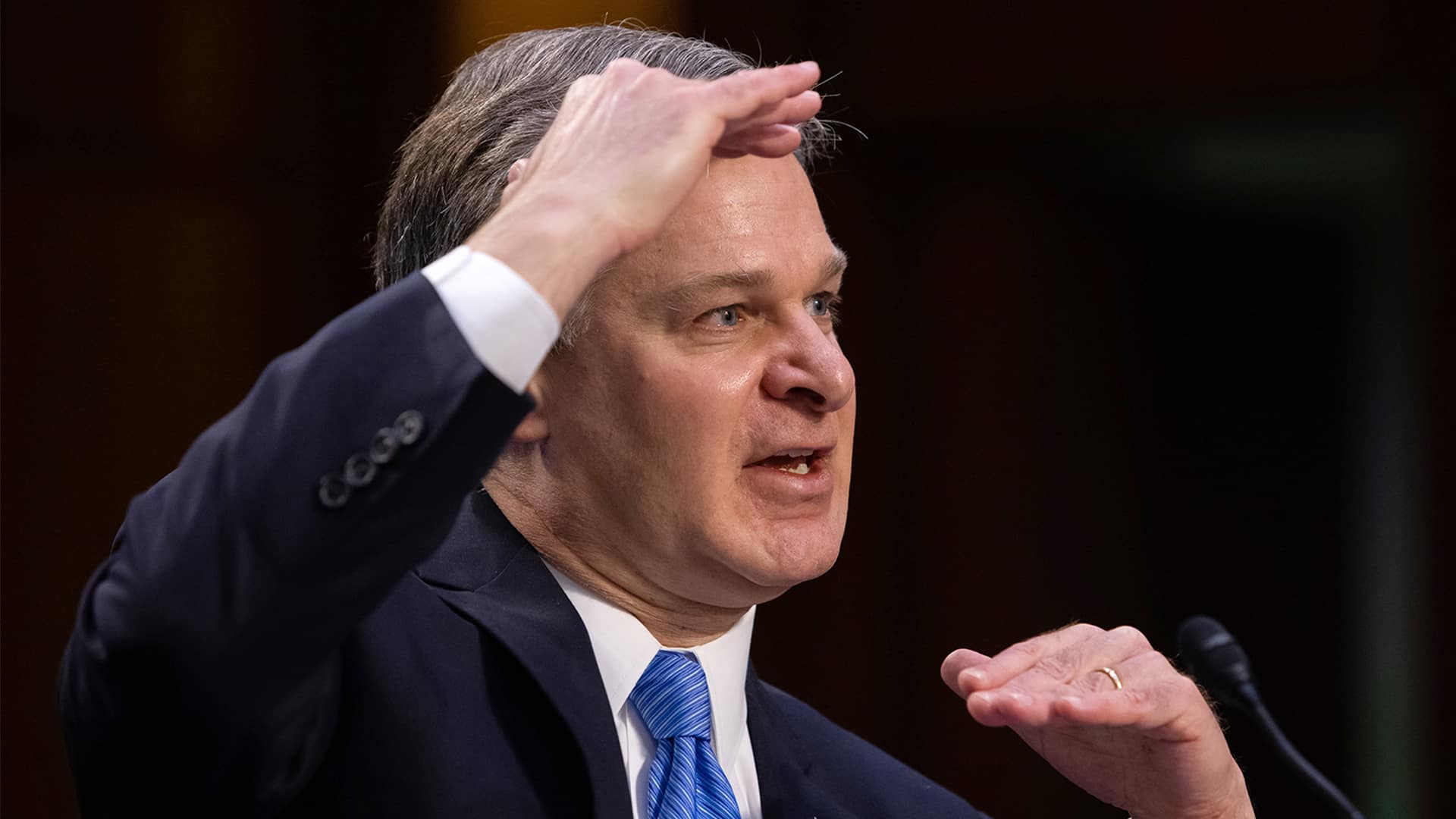 FBI director Christopher Wray told a U.S. Senate committee that the Capitol Hill riots on Jan. 6 were an act of domestic terrorism and said there is no evidence to link the attack to fake protesters from the far left. 2:03

Both lawsuits cite a federal civil rights law that was enacted to counter the Ku Klux Klan’s intimidation of officials. Swalwell’s attorney, Philip Andonian, praised Thompson’s lawsuit filed under a Reconstruction-era law called the Ku Klux Klan Act, and said they were behind it 100 per cent, and saw the need for both suits to go ahead.

“We see ourselves as having a different angle to this, holding Trump accountable for the incitement, the disinformation,” he said.

Presidents are historically afforded broad immunity from lawsuits for actions they take in their role as commander in chief. But the lawsuit, like the one by Thompson, was brought against Trump in his personal, not official, capacity.

The lawsuit alleges that Brooks “conspired with the other Defendants to undermine the election results by alleging, without evidence, that the election had been rigged and by pressuring elected officials, courts, and ultimately Congress to reject the results.” It notes that he spoke at a rally supporting Trump at the Ellipse, near the White House, shortly before thousands of pro-Trump rioters made their way to the Capitol and overwhelmed police officers to shove their way inside the building.

Trump was acquitted at a Senate impeachment trial on a charge of incitement of insurrection. The 57-43 tally in favour of conviction fell short of the two-thirds threshold but also saw more bipartisan support than the three previous Senate trials involving presidents, including Trump’s first impeachment trial in 2020 over allegations he improperly pressured the president of Ukraine to investigate his Democratic rival Joe Biden.