It took seven years, but the Chicago Sky finally got a WNBA Finals win over the Phoenix Mercury.

Not many players remain from the Mercury’s 2014 series sweep, when the best team in WNBA history dismantled a young Sky group, but it isn’t forgotten among those select few.

Point guard Courtney Vandersloot and shooting guard Allie Quigley – now married – were then just 24 and 27, still learning the professional game. The latter had been in the league for a few years, but the sharpshooter was only just showing what she was capable of and won Sixth Player of the Year that season.

Quigley told Sky Sports: “It was exciting, the memories from 2014. We talked about how we’re just completely different players, team-mates, everything – just like we were babies then.”

Vandersloot was just three years into the professional game, but showing signs of potential alongside team leaders Elena Delle Donne, Sylvia Fowles and the guards she was out-performing, Epiphanny Prince and Tamera Young, but still playing behind.

But the Chicago Sky from 2014 that were swept off the floor was not the same team that walked into Phoenix on Sunday and dominated the second half to blowout the Mercury. 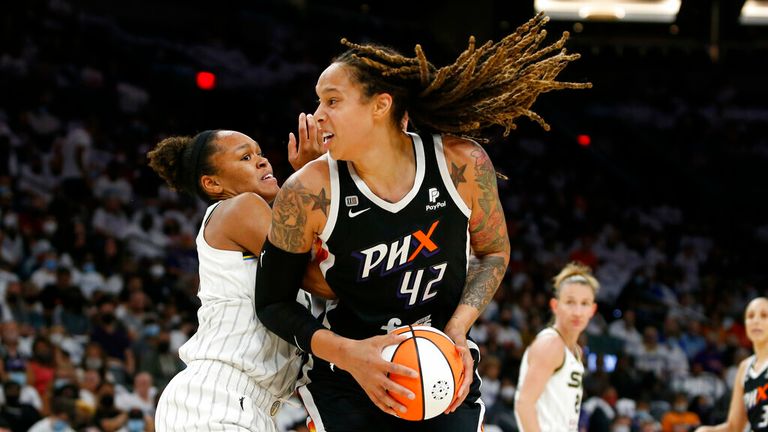 Kahleah Copper scores 21 points and Allie Quigley adds 18 as the Chicago Sky get a crucial road win in Game 1.

Center Brittney Griner was in her second season when Phoenix won the championship.

“They’ve got Q, they’ve got Sloot still, but it’s so different, honestly. We remember some moments from that Finals that helps us now, but that’s a different team.”

The Sky swapped out Delle Donne for Stef Dolson and Kahleah Copper, in what felt like the biggest star to be traded at that point in WNBA history.

While they arguably got the worse end of the deal in 2017 – Delle Donne went on to make the Finals the following season and win a championship in 2019 – Chicago were restructuring, and it took a few years to find their rhythm. 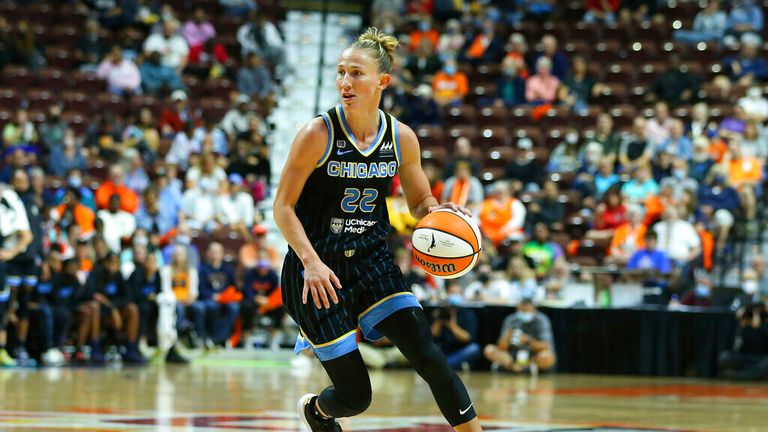 By turning the team over to Vandersloot, the quickened pace played into the athleticism and shooting of Copper, Diamond DeShields and Quigley, while Dolson helped offer defense, screen setting and size to help the team after they lost Fowles.

It might have taken slightly longer for them, plus a new coach, to construct the offense around the re-tooled group, but it’s Copper and Dolson who were difference-makers in Game 1.

Mercury coach Sandy Brondello said: “Stef’s a big body and can be more disruptive and push Griner around the paint a little more. The good thing about how Stef helps them is her shooting ability from the perimeter.

“There’s times when we should have been switching and it led to wide open looks, and then it’s about makes and misses. She’s also a good post player that sets really good screens – some of them I’m not sure they’re all legal – but she’s also a great passer as well.”

Another major difference is Candace Parker. For a run-and-gun team, she offers a half-court offense, upgraded defense and a level of leadership that the team had been missing.

Sky coach James Wade said: “The thing coming from me was that we needed her to lead. It was a player we were missing, not just her talent but her experience. The big time plays and moments, having that cool shoulder and being that someone to lean on in tough times.

“She’s accepted that role and now everyone has a sense of comfort when it comes to those moments. So we’ll continue to lean on her.”

Parker’s experience helped keep the pressure on during the second half of Game 1. Phoenix started the Finals less than 48 hours after clinching Game 5 of the Semi-finals against the Las Vegas Aces, and during that time, Diana Taurasi’s wife – Mercury legend Penny Taylor – gave birth to their second child, so fatigue was an issue.

How much rest Taurasi will have managed in the three days between Game 1 and Game 2, live on Sky Sports from 2am on Wednesday night, will be key.

She will hardly be rested, so other teammates will need to step up alongside Griner, who managed 20 points, supported by Taurasi’s 17 and Skylar Diggins-Smith’s 15 on Sunday.

No other Mercury players scored more than nine. Meanwhile the Sky had six players in double figures, and that includes DeShields going scoreless – which is unlikely to happen two games in a row.

Energy will be key, but getting easier looks on offense will hopefully result in more buckets – Phoenix shot just 43 per cent from the field – which would then reduce the pace, as Chicago will need to take the ball out of the basket more often. This should increase defensive stops and make life more difficult for the likes of Copper, who likes to run out for easy layups on fastbreaks after misses.

Quigley said: “It felt good going into the game, we felt confident and excited to get the first win.”

The good vibes and confidence were not there for the Chicago Sky in 2014 after a drubbing in Game 1 when their leader was injured. 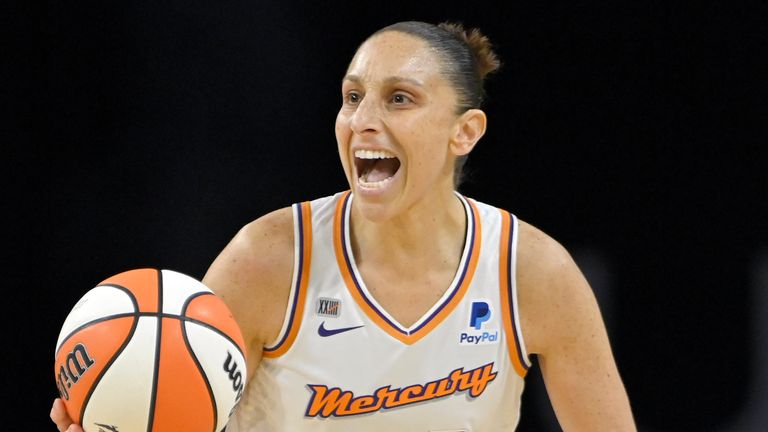 Diana Taursi hits 37 points including eight three-pointer’s in a playoff career-high performance for the Phoenix Mercury against the Las Vegas Aces.

Come Game 2 in 2021, the Mercury will look very different. We are likely to see a refreshed, energised Phoenix that will benefit from the return of Sophie Cunningham – a scrappy defensive wing who can muck things up with Copper – and should add some firepower from distance.

Taurasi said: “[Chicago in 2014 and 2021] it’s two different units – it’s a different time frame, playing a different way. You can go back and rely on experience to make you a bit more sure of things.

“We’ll rely on our playoff experience, we’ve been in the trenches, sometimes it’s gone our way, sometimes it hasn’t. We’ll just keep gutting it out, and that’s what this team has been all year. We’ll be grimy and gutsy.”