Luis Campos – the man who turned Monaco and Lille into title winners in France – is one of several names under consideration to become Newcastle’s new sporting director.

Only two teams other than Paris Saint-Germain have won the French League title in the past nine years – and the common factor between them is Campos.

Newcastle’s new owners have riches beyond most other clubs’ dreams, but they have made it abundantly clear they want to run their new business in a sustainable way.

And that is another reason why Campos fits the bill.

While taking Monaco and Lille to the top in France, Campos also made huge profits on player sales – more than £500m in only four years.

Kylian Mbappe, Fabinho, Thomas Lemar, Bernardo Silva and Anthony Martial were all discovered for next to nothing and sold for big money.

Lifting trophies while making hundreds of millions on players has become a habit for Campos who has been dubbed ‘The Wizard of Capital Gains’.

After working with his close friend Jose Mourinho at Real Madrid, Campos became Monaco’s sporting director in 2013, and over four years built the team that brought the league title back to the Principality for the first time in 17 years.

Then, at Lille, Campos developed then sold numerous players, including Nicolas Pepe and Gabriel to Arsenal for almost £90m profit.

Even after their departures, Lille went on to win the title last season for the first time in a decade and deny Mauricio Pochettino a first league crown after his arrival at PSG.

Campos would view Newcastle as a very similar project – a team with past glories that has waited too long to lift silverware again, a club with big potential and a loyal, passionate fan base.

Consortium leader Amanda Staveley has made it clear she wants the club to be challenging for the Premier League title in the next five years and, while the future of Steve Bruce is a priority, the search for a sporting director is also underway.

Campos is now a free agent after leaving Lille last year and his departure appears to have hit Les Dogues hard as they are currently eighth in Ligue 1, already 10 points adrift of a Lionel Messi-boosted PSG.

He has been previously linked with Tottenham, Arsenal and Manchester United, and told Sky Sports News in May: “I consider myself privileged to be on the shortlist of clubs of this profile, and obviously feel proud and honoured about it. As a competitor, I would obviously like the challenge. I am ready.”

And now, Newcastle fans might just consider this ‘Wizard’ to be the right man to sprinkle some of his magic dust over St. James’ Park, where the good times have been missing for so long.

Bruce sacking would cost around £8m

Steve Bruce will want a quick resolution to this as well, it can’t help with all this speculation hanging over his head.

The new consortium have got a strategy in place, this week has been planned out – they wanted to speak to Steve Bruce and his backroom staff and also the players on Monday at the training ground.

I heard that talks were fairly informal and pleasant with Steve Bruce and the players. They have also said from the word go that they don’t want to make any knee jerk reactions or quick decisions, they want to think about things first. That would tally with the fact we are here six days after they purchased the club from Mike Ashley.

You have to remember Steve Bruce has got a pretty hefty pay-off at close to £8m and I don’t think it is just a simple case of handing him a cheque and asking him to walk away. There are contractual issues that need to be spoken about and sorted. 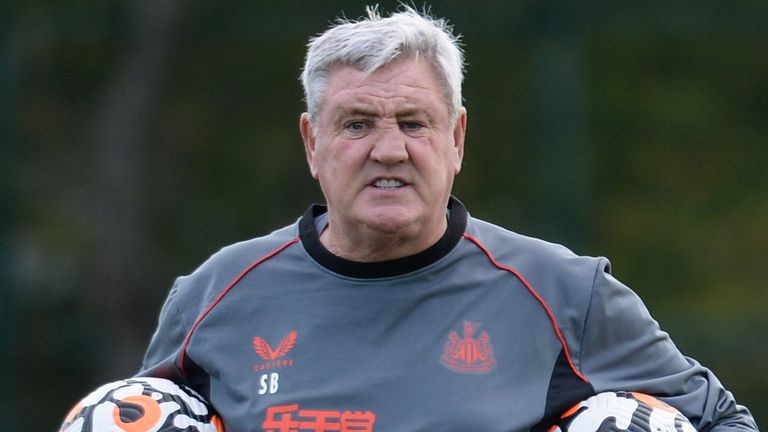 You have to feel for Steve Bruce in all of this – the uncertainty and speculation over his head won’t be helping his mindset. I suppose he just needs to look at it as business as usual, he trained the players on Monday, Tuesday and today alongside his backroom staff and Graeme Jones. If the club decide to move Steve Bruce on, and I do expect that to be before Sunday, I reckon it will be Graeme Jones who takes over for that match on Sunday because they don’t have anyone lined up to take over.

This takeover went through very quickly last week, there were no plans in place to bring someone in, they didn’t have anyone waiting in the wings like they did 18 months ago when it looked like the sale was about to be pushed through before all the issues with the Premier League so they want to take their time over this.