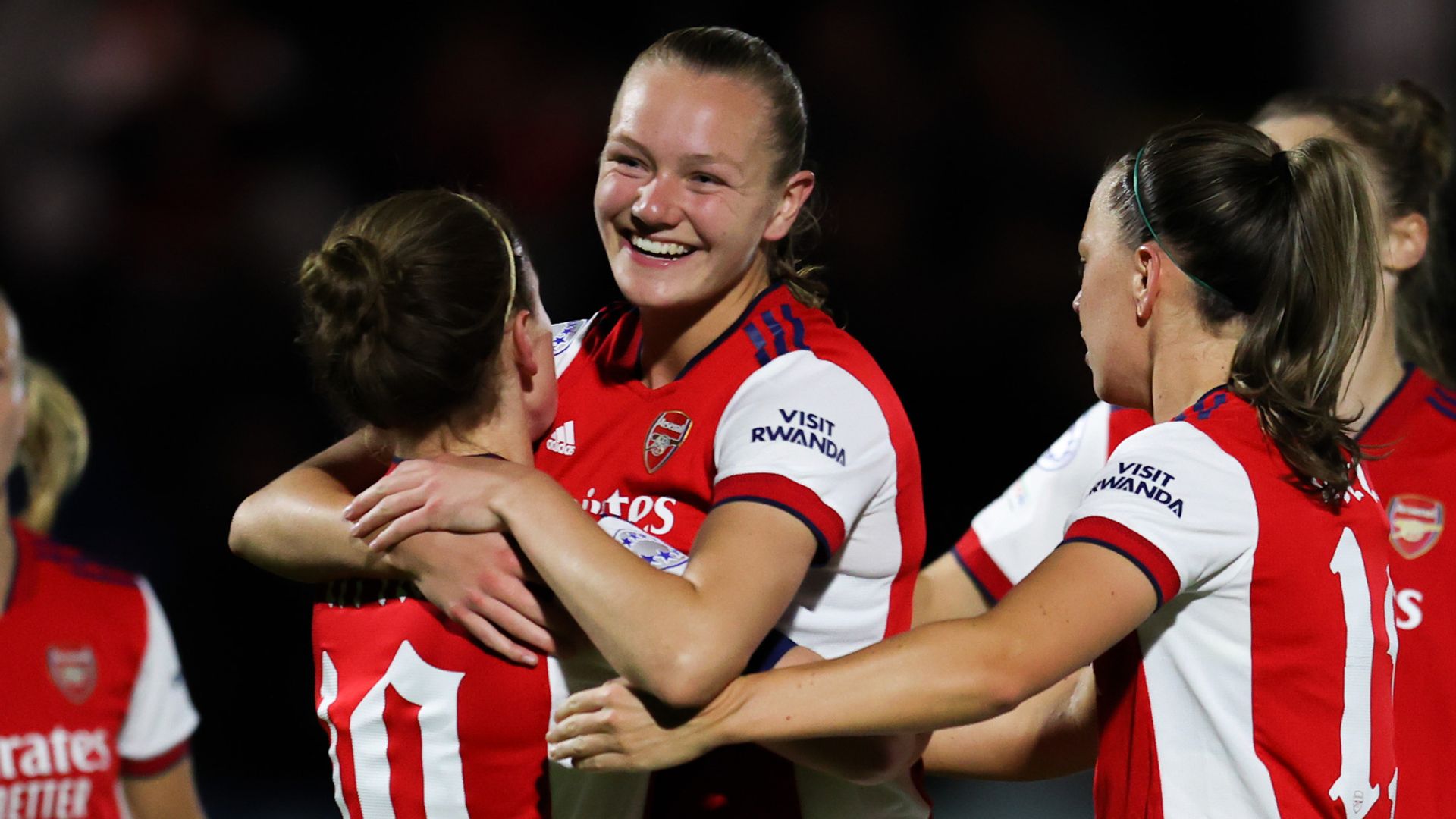 Arsenal Women got their first points in this season’s Women’s Champions League, strolling past Hoffenheim 4-0 in Borehamwood on Thursday night.

Arsenal took the lead midway through the first half through Kim Little’s penalty (21), before Tobin Heath doubled the advantage at the perfect time just before half-time with a far-post finish (45+2).

The hosts didn’t slow down in the first half as Vivianne Miedema bundled the ball over the line after fine work from Jordan Hobbs (52), while Arsenal goalkeeper Manuela Zinsberger made several excellent stops to keep the clean sheet.

Leah Williamson put the icing on the cake with a near post header from a corner (86), meaning the Gunners move to second in Group C, level on points with Hoffenheim after two games.

Arsenal’s next WSL game is against West Ham at home on November 6 at 3pm, while they go to HB Koge in their next Champions League group game on November 10 at 5.45pm.