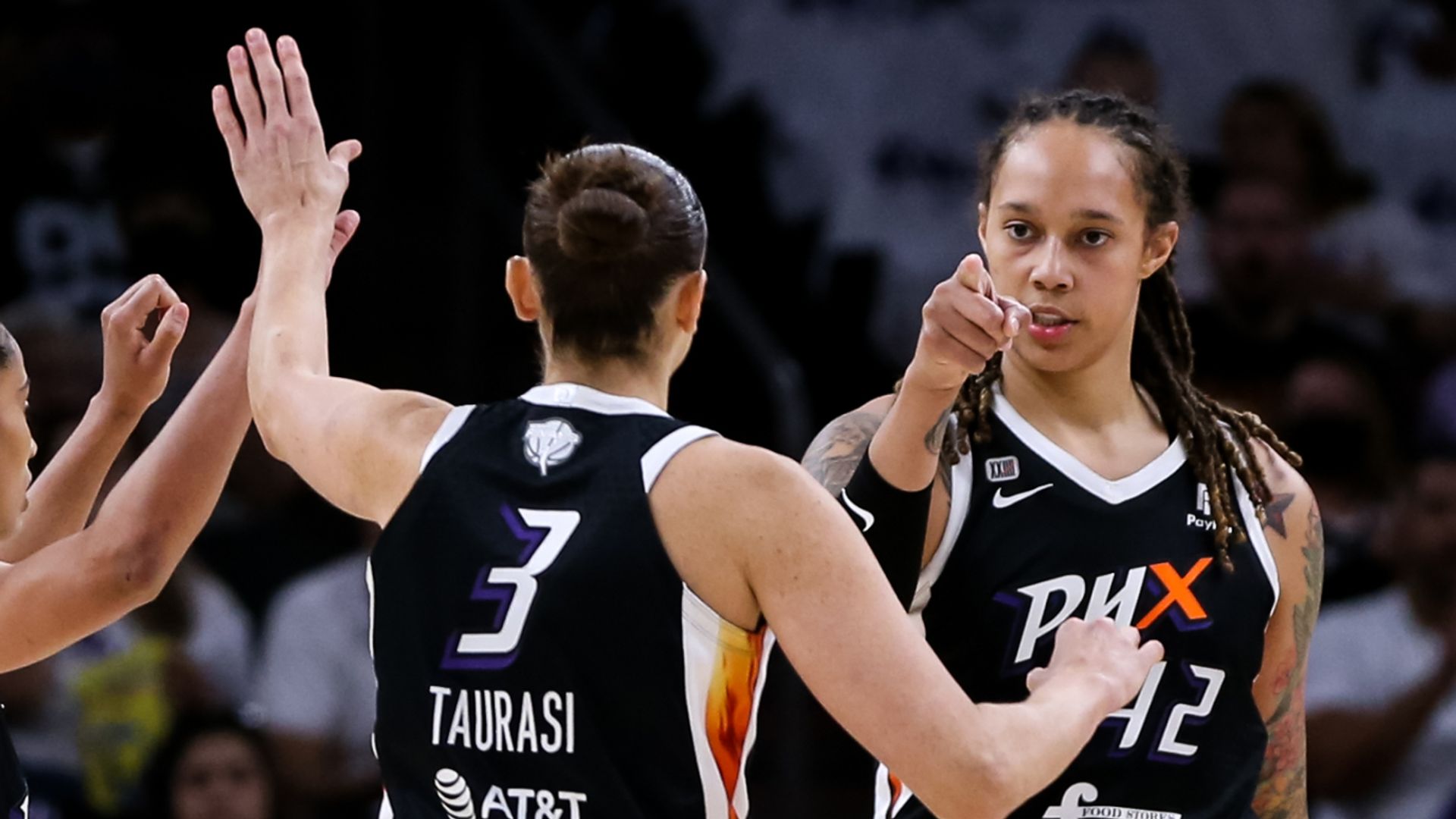 Brittney Griner scored 29 points and Diana Taurasi had eight of her 20 points in overtime as the host Phoenix Mercury evened the WNBA Finals at 1-1 with a 91-86 victory over the Chicago Sky on Wednesday night.

Games 3 and 4 of the best-of-five series will be played in Chicago on Friday night and Sunday, both live on Sky Sports.

Sky guard Courtney Vandersloot had 20 points, 14 assists and five steals and forced overtime with a winding drive and layup in the final seconds of regulation.

Taurasi started the overtime scoring with a four-point play, and Diggins-Smith followed with a basket for an 85-79 Mercury lead.

Quigley’s three-pointer started a 7-1 run that pulled Chicago even with 2:20 left. Taurasi’s triple nearly a minute later and Diggins-Smith’s layup with 12.8 seconds remaining gave the Mercury a 91-86 lead.

In typically clutch fashion for the player recently voted the WNBA’s greatest ever, Taurasi scored 18 of her 20 points after halftime.

Quigley’s basket started the third-quarter scoring and broke a 40-all halftime tie before the Mercury scored the next four points. Parker then scored seven points during a 9-0 run that gave Chicago a 51-44 lead.

The Sky led by as many as eight before holding a 63-57 lead at the end of the period.

Taurasi made two three-pointers as Phoenix pulled ahead 65-63 and again took a lead at 70-69 on Griner’s three-point play.

Quigley’s three-pointer put Chicago back on top before baskets by Brianna Turner and Griner gave Phoenix a 74-72 lead with 2:46 left.

Vandersloot’s layup tied the score before baskets by Griner and Peddy gave the Mercury a 78-74 lead with 27.4 seconds left.

Copper’s three-point play pulled the Sky within 78-77 with 14.1 seconds left but Peddy, a career 96.2 percent free-throw shooter, made only one of two free throws before Vandersloot’s layup forced overtime.