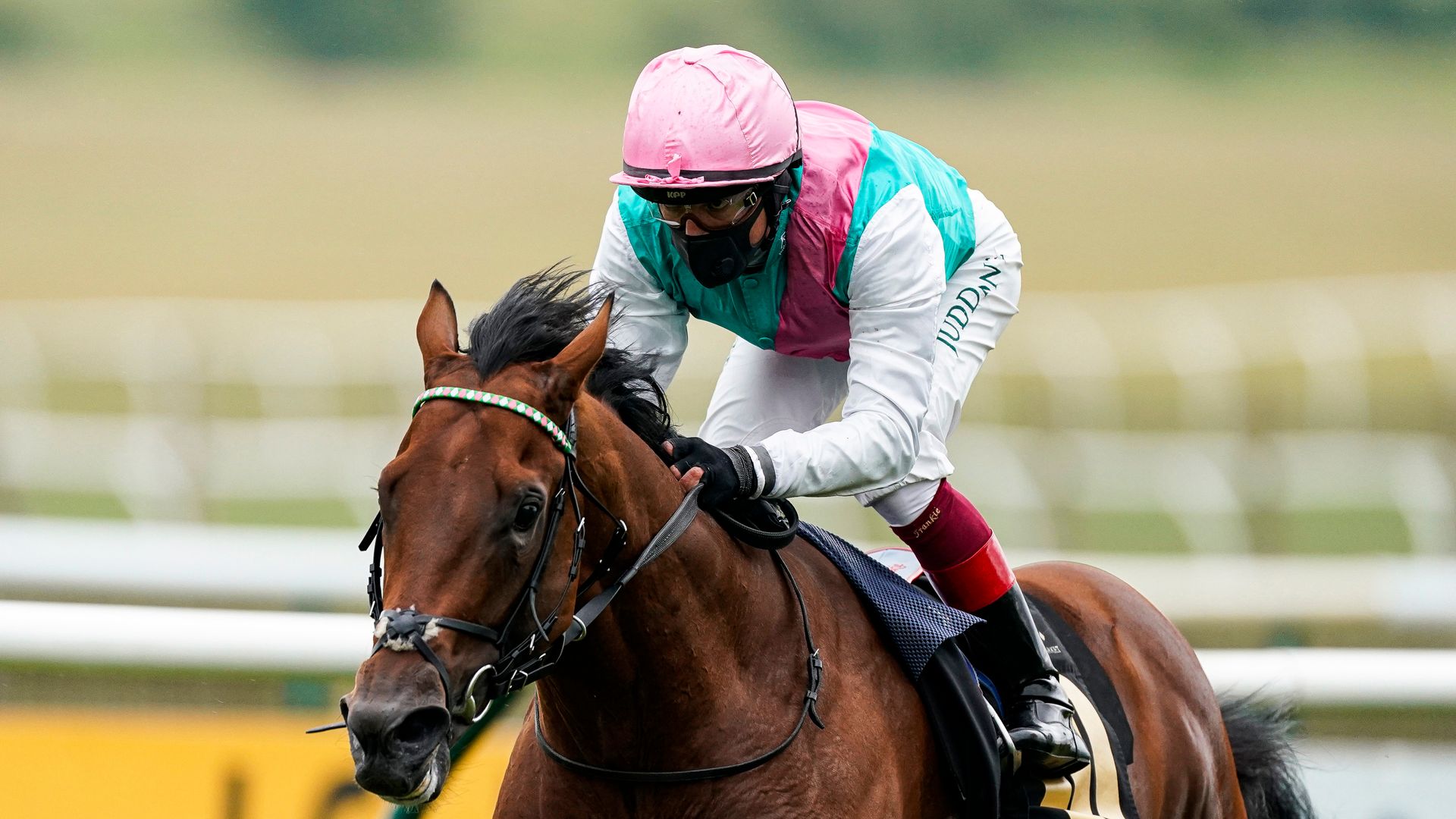 A high draw is a concern for connections after ante-post favourite Sunray Major just made the cut for the Balmoral Handicap at Ascot on Saturday.

The lightly-raced four-year-old – a half-brother to the brilliant Kingman – crept in at the bottom of the 20-runner maximum field, but looks to be positioned on the wrong side of the course in stall 21.

Even so, Sunray Major is a warm order for the one-mile cavalry charge after comfortably winning a seven-furlong handicap on this course two weeks ago. Frankie Dettori will again do the steering.

“He just managed to sneak in at the bottom there which is very fortunate. He needed that penalty to get in so it was a good job he won,” said Thady Gosden, who trains the son of Dubawi jointly with his father, John.

“He’s very well bred and we’ve always liked him, but we haven’t had the smoothest of times with him over the last two years.

“He’s in good form at the moment, but the draw can be important in a race like this. You normally want to be low, so I’m not sure how stall 21 will play out, stuck in the middle of the track. Hopefully, he can overcome that.”

The team at Clarehaven have two other strings to their bow, in King Leonidas and Magical Morning.

“King Leonidas has had his issues as well and is still lightly raced. He’s been improving and he should handle the ground fine,” Gosden added.

“Magical Morning has been running in the big handicaps through the year, winning one and finishing second in another. He’s a bit in and out, but he’s run two very good races this year.”

William Haggas is triple handed with Aldaary, Montatham and Johan – but describes Sunray Major as “a certainty” after getting a run.

“I’d been desperately trying to knock John’s (Gosden) horse out, who I think is a certainty,” Haggas told Sky Sports Racing.

“Montatham and Johan have not got anything in hand weight-wise and Aldaary has got a 6lb penalty and he went up 5lb for a facile success at Ascot. He’s a lovely horse, but he’ll probably have too much weight. I think John’s horse is a good thing.”

Sir Busker, fourth in the Queen Elizabeth II Stakes 12 months ago, drops into handicap company for the first time time this season.

The William Knight-trained five-year-old relishes the straight mile at Ascot and was third to Palace Pier in the Queen Anne Stakes at the Royal meeting this summer.

It is not surprising he has to give weight to all his rivals, but connections still expect him to put up a good show.

“We’re really looking forward to it. He’s obviously got a lot of weight to carry, but he’s a big horse and should be able to carry the weight,” Sam Hoskins, racing manager for owners Kennet Valley Thoroughbreds.

“He loves the straight course at Ascot. The ground is perfect and he’ll love the quick pace.

“Although it will be a stiff task trying to give a lot of weight to unexposed horses, this race will suit him better than some of the small runner-tactical races he’s been in. And obviously we’ve got Oisin (Murphy), who knows him so well.

“We did talk about the QEII again but it is a very strong race this year, so we’re going to try to win this race. He is a Group One horse in a handicap, but he has got a lot of weight.”