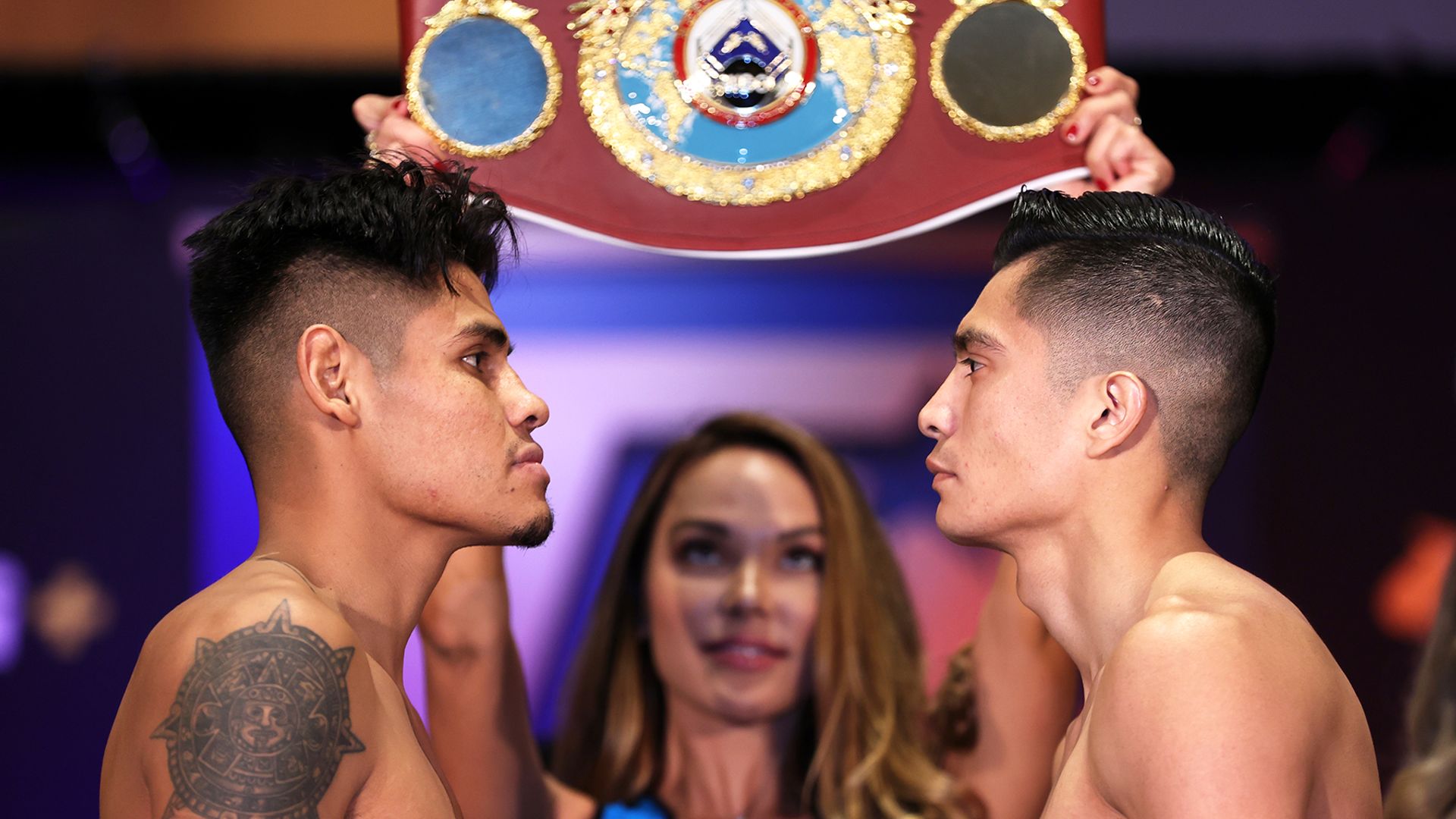 Emanuel Navarrete and Joet Gonzalez were in peak condition before a tense stare-down at the weigh-in ahead of their world championship encounter.

Navarrete’s WBO featherweight title is up for grabs in San Diego, live on Sky Sports Arena, from 4am on Saturday morning.

“I’ve seen changes in my body for the best, and I think this division is the best for me.

“I think this is going to be a tough fight. He is a tough opponent. We are basically fighting in his hometown, closer to where he lives. Without a doubt, he’s a great fighter. He always comes forward. I expect a tough fight.

“Moving up [in weight] is not something that I’m considering now. I’m just focused on the fight with Joet. What I’ve heard is comments, but I’m not really thinking about moving up.”

California’s Gonzalez, who has won 24 of 25, reflected on his unsuccessful world title challenge against Shakur Stevenson: “Sometimes it’s just not your night. I work hard and train hard for every fight.

“I don’t take nobody lightly. It just simply wasn’t my night. I rebounded with a win over Miguel Marriaga, and I think I showed the public I’m here to fight the best out there.

“It’s not an easy fight. It’s a tough fight. Navarrete has a style that’s very unique, very hard to figure out, and that’s why he’s a champion. I trained really hard, and I’m coming with everything. I’m planning on leaving with that belt.

“It means everything. It’s my childhood dream. I always wanted to be a world champion. That’s why I started boxing in the beginning. That’s the plan, to bring that belt back home.”