Team news, stats and prediction ahead of Leicester vs Manchester United in the Premier League on Saturday; kick-off 3pm.

A foot injury has kept the Northern Irishman sidelined since the Carabao Cup win over Millwall on September 22, but Foxes boss Brendan Rodgers could recall him against the Red Devils.

Fellow centre-back Jannik Vestergaard is being assessed after suffering a minor injury on international duty with Denmark, but striker Kelechi Iheanacho was “100 per cent fit” after an injury scare while away with Nigeria.

Rodgers said James Justin’s recovery from a knee injury was going well and indicated he could be back in the main training group around the time of the next international break. Wesley Fofana (broken leg) is still sidelined.

Marcus Rashford will return to United’s squad and could make his first appearance of the season after recovering from shoulder surgery.

Harry Maguire returned to training this week as he recovers from a calf injury, but is not expected to be risked by boss Ole Gunnar Solskjaer with Victor Lindelof and Eric Bailly both available.

Fellow centre-back Raphael Varane (groin) is out for several weeks, while Fred and Edinson Cavani are unlikely to feature after international duty.

Follow Leicester vs Man Utd in our dedicated live match blog. Highlights will also be published on the Sky Sports digital platforms and the Sky Sports Football YouTube channel from 5.15pm from Saturday. 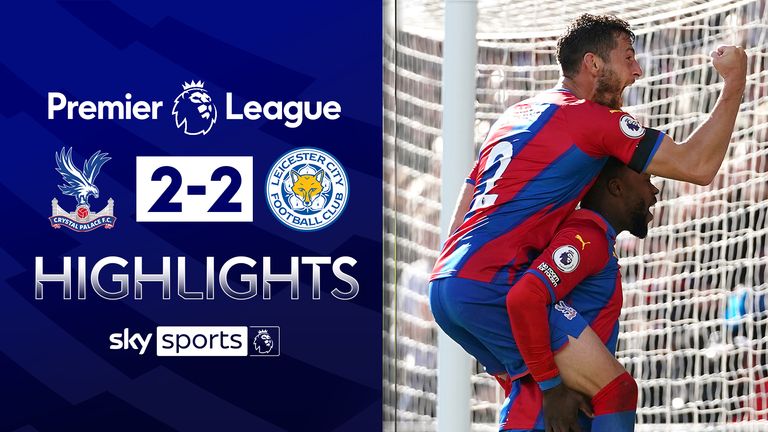 FREE TO WATCH: Highlights from Crystal Palace’s draw against Leicester City in the Premier League

FREE TO WATCH: Highlights from Manchester United’s draw against Everton in the Premier League

It’s a make-or-break period for Ole Gunnar Solskjaer. And with Liverpool, Manchester City and Chelsea all to come in the next 45 days, this fixture is arguably the easiest Premier League opponent they’ll face in the next month or so based upon Leicester’s current form. Just one clean sheet in 13 games doesn’t read well for Brendan Rodgers, whose side are on a run of four games without a win.

But I still don’t want to back Manchester United, who are favourites for the win at 21/20 with Sky Bet. They undoubtedly have the attacking firepower to take the game away from Leicester at any point but go into battle here with a weakened defence as Harry Magure and Raphael Varane are both missing. That will give Leicester plenty of hope.

In the last five matches where Victor Lindelof and Eric Bailly have both started, United are winless.

Bailly filled in at full-back alongside Maguire and Lindelof in the 2-2 draw with Leicester in December 2020 but started at centre-back with Lindelof for the next four results shown in the above graphic, including the 1-0 defeat to West Ham in the Carabao Cup earlier this season. I’ll back a high-scoring draw here.