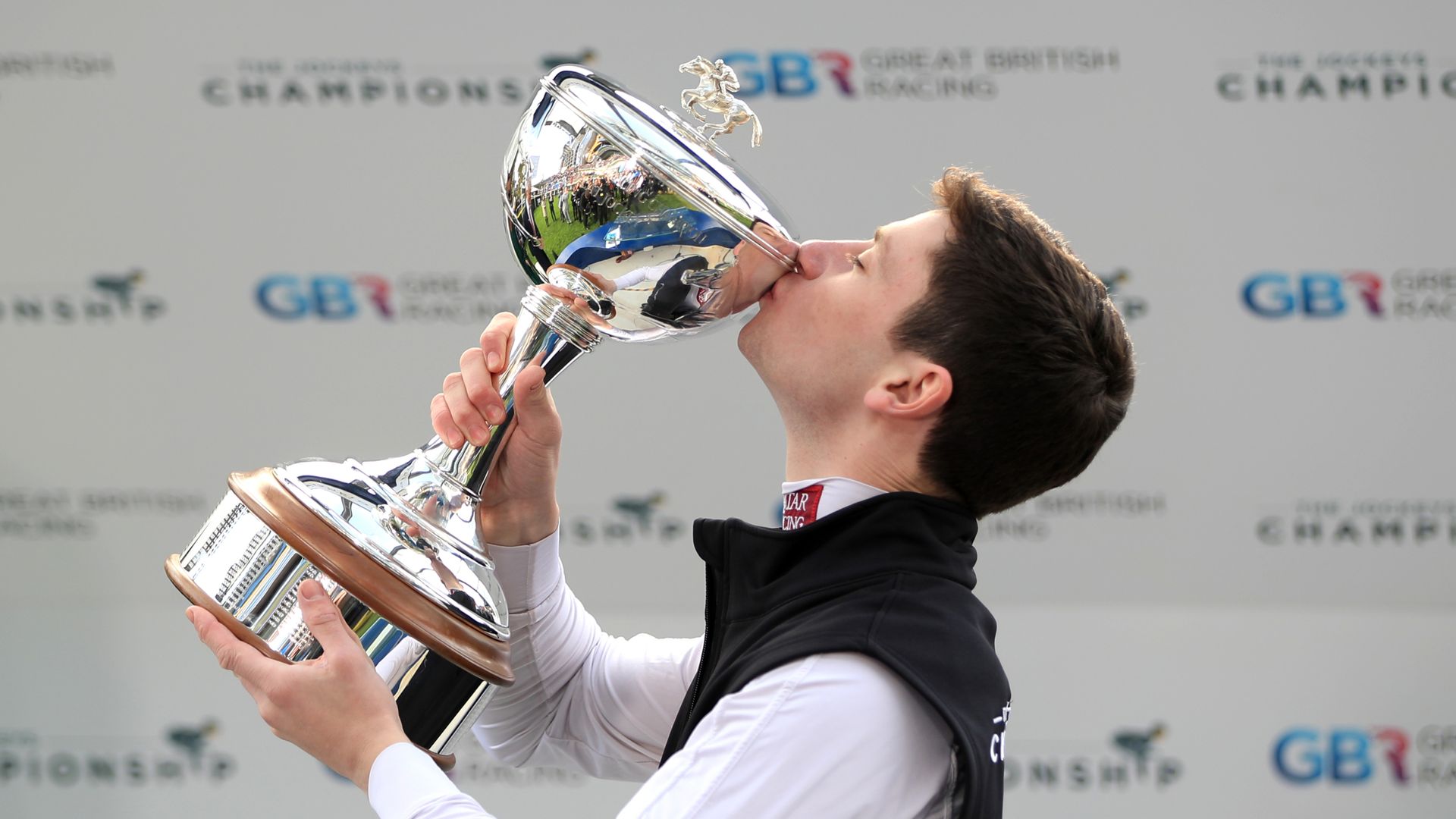 Oisin Murphy heads into the penultimate day of the British Flat jockeys’ championship two wins in front of William Buick after both claimed a victory apiece at Chelmsford on Thursday.

Dual champion Murphy arrived at the Essex venue with a cushion of two successes and his win aboard Notions in the racingwelfare.co.uk EBF Novice Stakes ensured he maintains that advantage as the duo head to Haydock on Friday.

Buick has been in sparkling form in recent days, riding a treble at Leicester on Tuesday before adding a Nottingham double on Wednesday and he was first off the mark at Chelmsford, steering Typical Woman to victory in the British Stallion Studs EBF Restricted Novice Stakes.

Murphy hit back in the very next race though and admitted he was feeling the pressure as he tries to secure a third successive title.

He told Racing TV: “I’ve been here before, I know what it’s like. No matter what everyone says, it’s not much fun – it’s a lot of pressure. Normally the pressures are only on big days, but I’m doing my best and I’m trying to make the most of every opportunity.

“I’ve got decent rides tonight and good rides tomorrow, and Saturday is obviously the best racing you can imagine. It’s a time we really should be enjoying it, but it’s tough work, race in, race out.

“I’ve got to thank everyone who puts me up – without the horses I can’t ride winners. I think last week I was 12 in front and standing here now I’m only two. So I need to make the most of every chance and hopefully that will be good enough.”

Both riders will be in action at Ascot on Saturday, with Derby hero Adayar the pick of Buick’s mounts while Murphy is looking forward to teaming up with Alcohol Free in the Queen Elizabeth II Stakes.

He added: “She’s been freshened up since the Juddmonte International, she went home for a few weeks and I rode her on the grass and she felt as good as ever. Hopefully that break did her the world of good. I have massive respect for Baaeed and Palace Pier, but don’t forget she’s a star also and a straight track and the ground will be in her favour.

“She’s got a low draw near The Revenant – on paper there’s a lack of pace and she’s very fast as we know, so that may play to her strengths.”

Murphy was fortunate to escape injury when Discover Dubai took a heavy fall two furlongs out in the tote.co.uk Free Streaming Every UK Race Handicap.

Buick’s best chance of the night appeared to be 2-9 favourite Lord Lovelace in the Support The Injured Jockeys Fund Novice Stakes, but after an early battle with the Murphy-ridden Golden Owl, the market leader dropped away to finish second behind Under The Twilight.

Murphy heads to Haydock with a total of 151 winners and five expected rides, while Buick is on 149 with a full book of eight mounts on Merseyside.

Coral make Murphy the 4-7 favourite to retain his title, with Buick a 5-4 chance to win his first championship. Paddy Power shortened Murphy to 4-7 from 4-6 favourite, while Buick is an 11-8 shot with that firm.

Paddy Power spokesman Paul Binfield said: “Jockeys are masters of precision timing and while most of this week it’s looked like William was timing his title challenge perfectly, a score draw tonight means we now feel Oisin is one step closer to securing his championship hat-trick.”