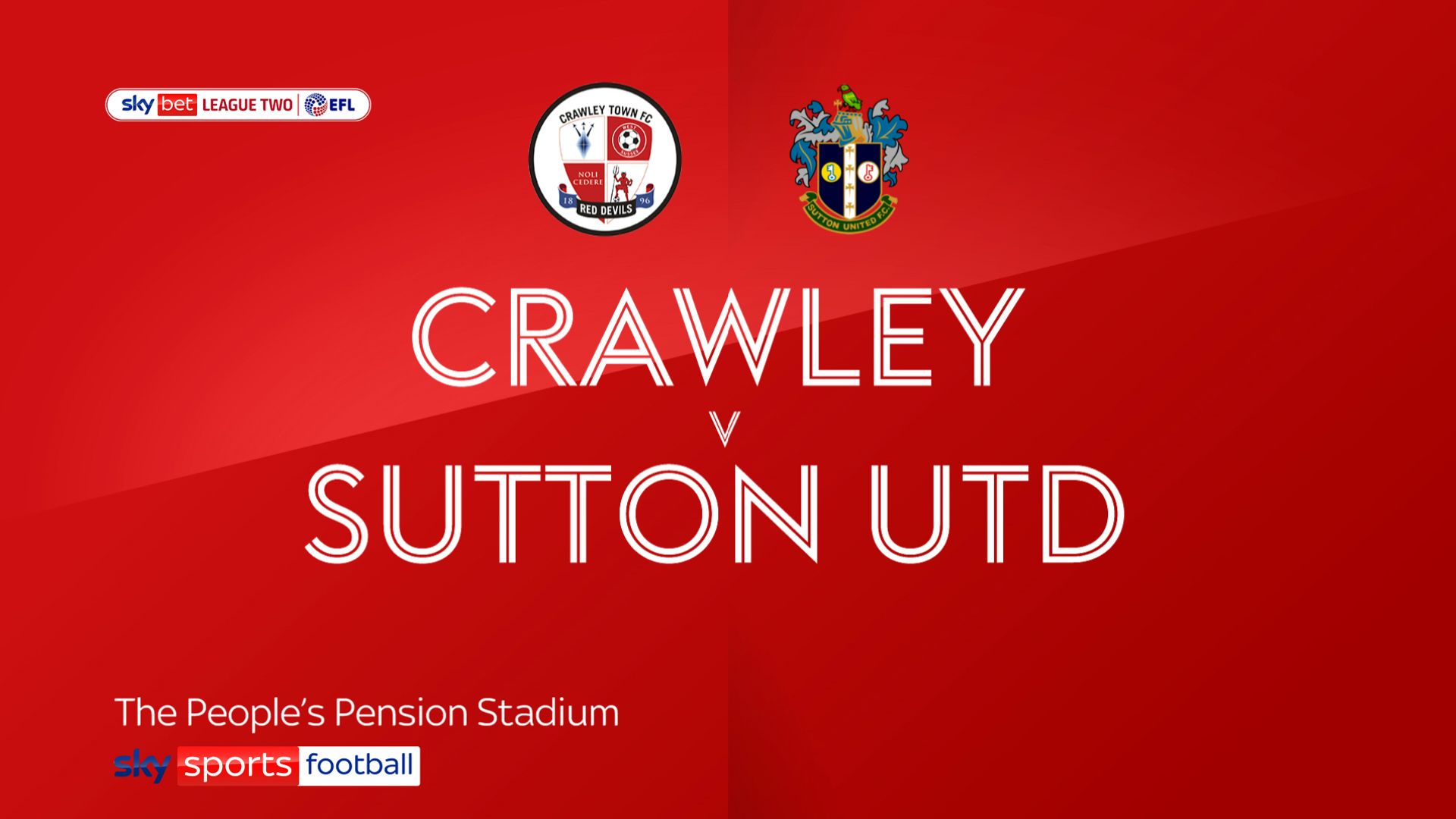 An 84th-minute goal from substitute Isaac Olaofe gave in-form Sutton their sixth win in the last seven league games with a 1-0 victory at Crawley.

Crawley striker Tom Nichols had a penalty saved eight minutes before Olaofe struck as the hosts went down to their first home league defeat of the season.

Crawley, who had scored in each of their previous six league games, had a strong appeal for a penalty waved away in only the second minute after a challenge by Louis John on Tom Nichols.

Veteran keeper Glenn Morris came to Crawley’s rescue on his 500th career appearance when he tipped over a 25-yard free-kick by Rob Milsom.

Shortly after, referee Tom Nield spoke to fourth official Scott Williams after Sutton defender Coby Rowe had brought to his attention an alleged racist remark from fans, triggering a warning over the public address system.

Back on the field, keeper Morris again did well to parry a goal-bound shot from Richie Bennett.

Crawley had a scare moments into the restart when ex-Reds forward Enzio Boldewijn set up Donovan Wilson and his deflected effort went just wide.

Substitute Olaofe should have done better when well placed for Sutton before skipper Harry Beautyman shot just over from the edge of the area.

Crawley then squandered a chance to take the lead, Sutton keeper Dean Bouzanis diving to his right to save a 76th-minute penalty from Nichols after John brought down Nick Tsaroulla.

And, with time running out, Morris failed to punch decisively as Olaofe stole in to head the winner six minutes from time from close range.