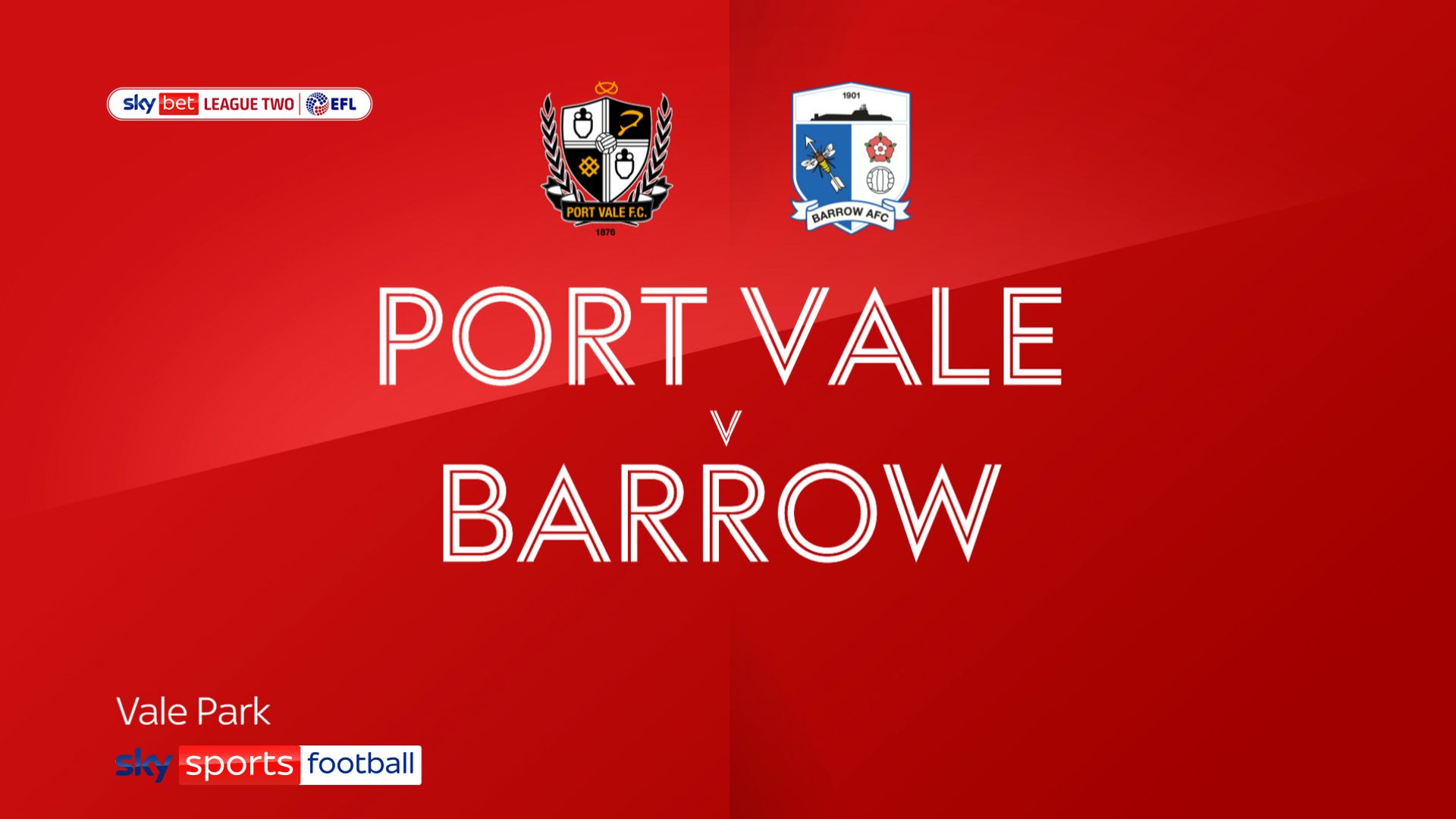 Port Vale came from behind to record a fourth-straight home victory in all competitions with a 3-1 League Two win against Barrow.

The Valiants started brightly and skipper Tom Conlon and James Wilson both had shots blocked before Banks’ fine opener after 33 minutes.

Banks, returning from suspension, struck a ferocious low effort from 20 yards beyond Vale goalkeeper Lucas Covolan to give the Bluebirds the lead before half-time.

But the rampant hosts came out firing and completed the turnaround with two goals inside 11 second-half minutes.

Substitute striker Politic rounded Bluebirds goalkeeper Paul Farman for the equaliser shortly after the break before David Worrall’s cross was bundled in for an unfortunate own goal by defender Jones after 56 minutes.

Benning added the decisive third goal after his own swerving volley struck the woodwork and he remained composed to finish past the helpless Farman five minutes from time as Port Vale moved up a spot to third as a result.