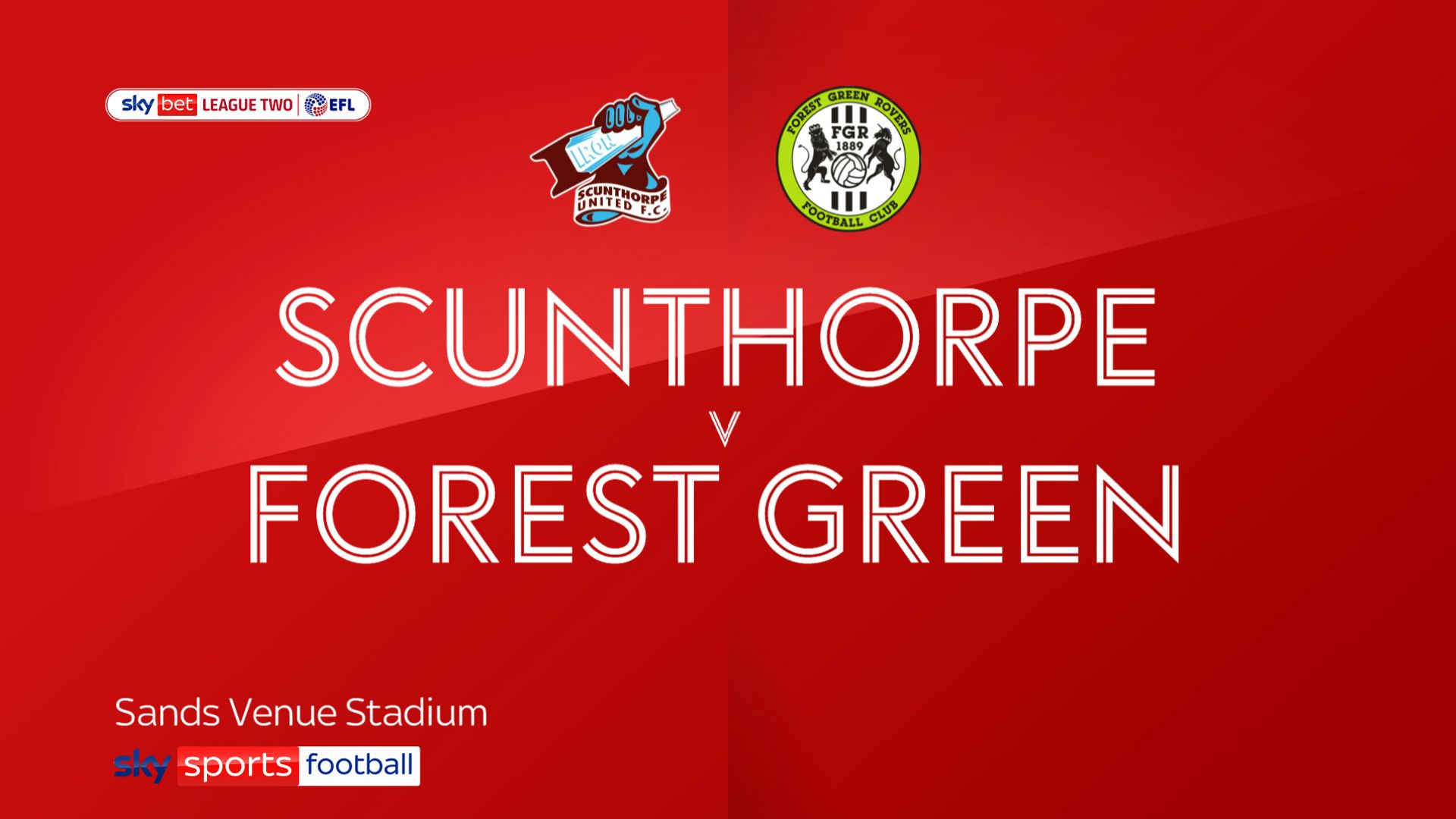 Two goals in five second-half minutes saw Forest Green stretch their lead at the top of the League Two table with a 2-0 victory at bottom side Scunthorpe.

Jamille Matt broke the deadlock from the penalty spot on the hour mark, before Ebou Adams headed in a second shortly after.

The game could have followed a different path had Ryan Loft not been denied by Rovers goalkeeper Luke McGee after getting in behind the visiting defence in the 15th minute.

Rovers almost broke the deadlock nine minutes before half-time when Adams’ glancing header spun back into play off a post.

But Forest Green made the most of their opportunity in the second half when Matt went to ground after squirming between two Scunthorpe defenders in the box.

The visiting skipper dusted himself down to bag his eighth goal of the campaign from the resulting spot-kick.

Any hopes the hosts might have had of fighting back were all but over within a matter of minutes when Kane Wilson crossed to the back post after some clever play on the right and Adams headed home.

Spirited Scunthorpe – who have now taken just one point from their last seven league games – finished strongly, with a great one-handed save from McGee keeping out Loft’s bullet header.

But a resolute Rovers always looked in control.