Jaren Jackson Jr is the latest player from the 2018 rookie class to agree to a contract extension, after signing a four-year, $105m deal to stay with the Memphis Grizzlies.

His agent, Austin Brown of CAA Sports, revealed the news on Monday to ESPN, soon after news broke of Mikal Bridges’ extension with the Phoenix Suns.

Brown and Grizzlies general manager Zach Kleiman finalised an agreement for Jackson to sign the contract on Monday morning.

As the number four pick in the draft, Jackson Jr has not made anywhere near as many headlines as the players picked above and below him, Luka Doncic and Trae Young respectively, but has emerged as an important and versatile player within a gifted young Grizzlies core led by Ja Morant. 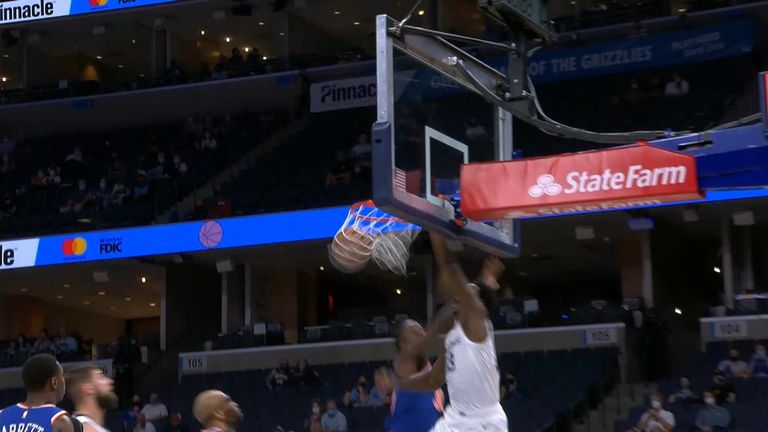 Jaren Jackson Jr with a spectacular slam dunk against the Knicks

Jackson has averaged 15.4 points, 4.7 rebounds and 1.5 blocks in his three NBA seasons so far, and after missing a significant portion of last season to a meniscus injury, his performance in the final pre-season game against the Chicago Bulls showed he is raring to go ahead of the new campaign. He scored 29 points (7-12 from beyond the 3-point line), grabbed 7 rebounds, and dished 2 assists in 29 minutes.

If he can continue to play like that, then the new contract will prove more than worth the money.