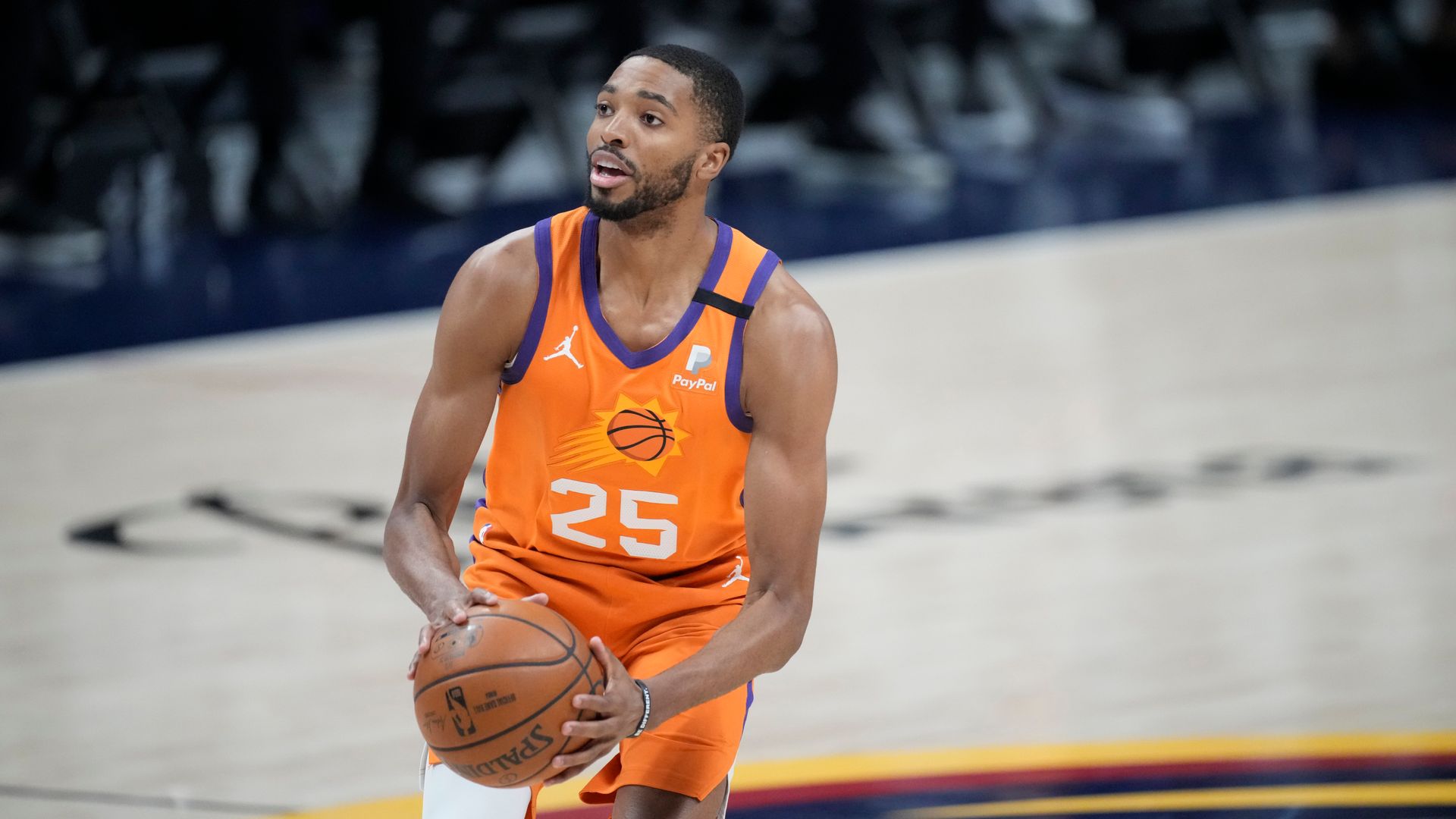 Phoenix’s run to the Finals was fuelled by a phalanx of young talent. The Suns have reportedly ensured another piece of said talent will remain with the team long-term.

ESPN’s Adrian Wojnarowski reports that the franchise has come to terms with versatile swingman Mikal Bridges on a four-year, $90m extension that will begin in the 2022-23 season. Bridges, the 10th overall pick of the 2018 Draft, would have entered restricted free agency next summer had he not agreed to an extension by Monday.

The 25-year-old Bridges has emerged as one of the league’s best young perimeter defenders while developing a dependable outside shot. The 6ft 6in forward averaged 1.1 steals, 0.9 blocks, and 42.5 percent shooting from 3-point range last season. He also scored 27 points in Game 2 of the Finals, the Suns’ last win before falling 4-2 to the Bucks.

Phoenix’s attention now shifts more fully to Deandre Ayton, the top pick of the same 2018 Draft in which Bridges was selected. Ayton and the Suns have yet to come to terms, with Monday’s deadline looming before he would head to restricted free agency next offseason.

After an up-and-down regular season, Ayton blossomed during Phoenix’s postseason run as an elite finisher and rebounder (15.8 ppg, 11.8 rpg, 65.8 FG%) while providing enough defensive versatility to solve nearly every matchup they encountered during their Finals run.

Elsewhere, one big man who has extended his contract is Orlando Magic center Wendell Carter Jr. He has agreed to a four-year, $50m contract extension – fully guaranteed – with the franchise, while around the league, a number of teams have exercised their contract options on the likes of Ja Morant and Tyrese Haliburton, with the talent guard pair all signed up for another year on the Grizzlies and Kings respectively.