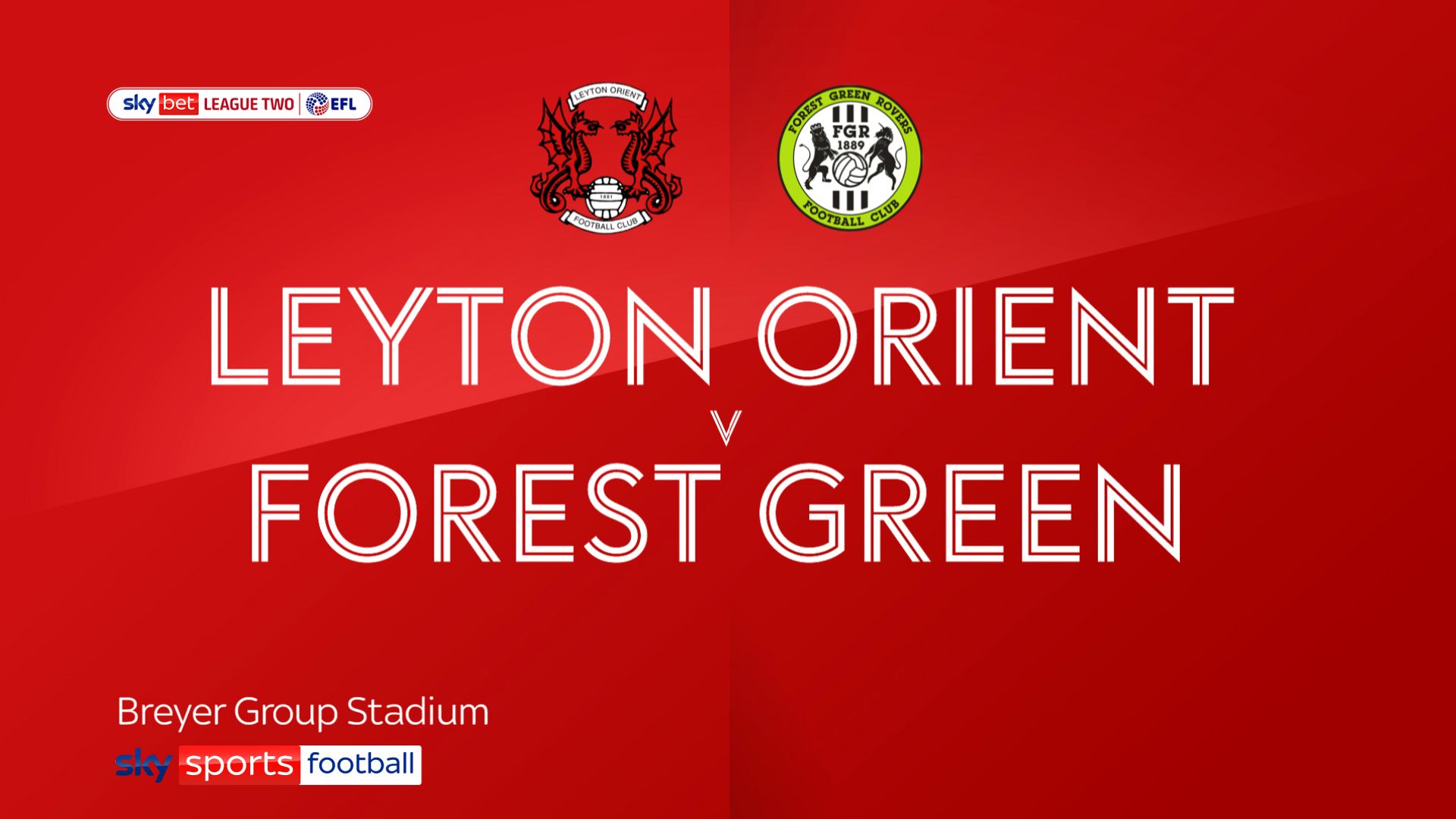 Forest Green retained their four-point lead at the top of League Two as they were held to a 1-1 draw at Leyton Orient.

A compelling contest at Brisbane Road finished with the spoils shared after Matty Stevens had opened the scoring for the visitors before Orient substitute Ruel Sotiriou levelled to record a third-straight draw for the hosts.

Both goals came in the second half after two well-organised defences ensured a first-half deadlock in a lively contest.

The visitors came closest to finding the net when a Stevens effort for the table-toppers in the 16th minute was cleared off the line by O’s midfielder Hector Kyprianou.

Orient midfielder Paul Smyth found the side netting with a left-footed volley following a kick by home goalkeeper Lawrence Vigouroux but it was after the interval when the game really sprung to life.

Stevens notched his seventh league goal of the campaign when, unmarked, he ran onto a Ben Stevenson corner after 68 minutes to power a header into the back of the net.

But the home side responded positively eight minutes later with a counter-attack.

Dan Kemp raced clear and fed a delightful pass through to Sotiriou, who drilled his well-placed shot low into the far corner of the net to earn a deserved point.