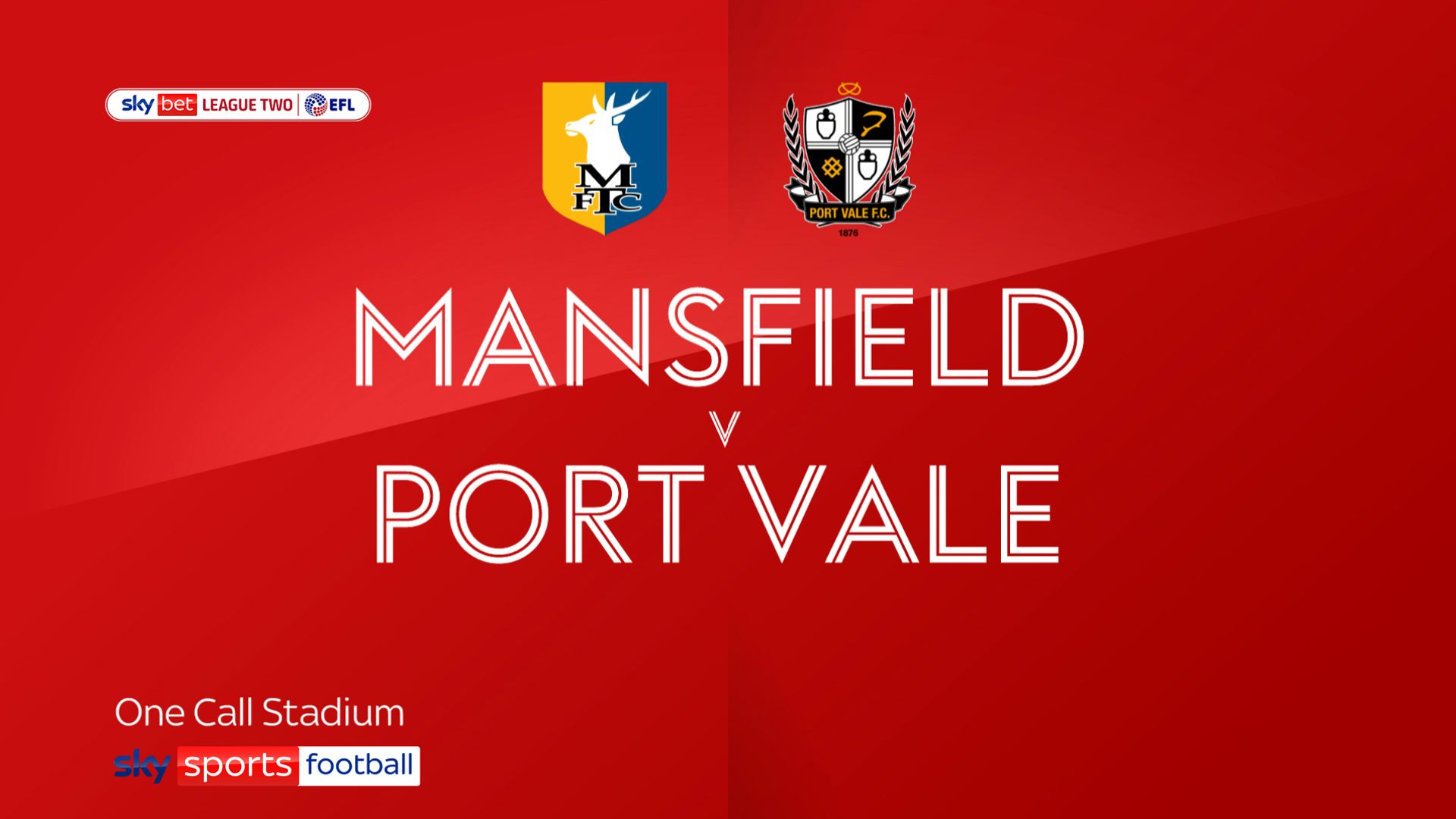 Struggling Mansfield turned in a much-improved performance against Port Vale but a 1-1 draw saw their run without a win stretch to 13 games.

Mansfield put Vale under a lot of pressure in the first half-hour without testing the keeper.

But after James Wilson had sent a stooping header just wide as a warning on 26 minutes, the visitors swept ahead on 33 minutes.

Vale skipper Tom Conlon sent a delicious free-kick over the wall and under the right angle from a central position 20 yards out.

In reply, Rhys Oates fired over and Stephen Quinn forced Lucas Covolan to tip over before Oates won a penalty from Dan Jones’ challenge on 42 minutes.

But Covolan guessed correctly and saved low to his right.

Stags continued to press and were rewarded on 64 minutes as George Lapslie turned home Jordan Bowery’s low pull back from the left by-line.

Quinn though he’d won a second penalty on 66 minutes when he was pushed from behind by David Worrall, but nothing was given.

Another Conlon free-kick hit the top of the home bar on 80 minutes.