A footballer has described an FA decision to charge his team with misconduct for walking off the pitch after he was racially abused as “poor” and “ridiculous”, insisting it “sends out completely the wrong message”.

The reserve sides of Gillingham Town and Bridport were competing at St Mary’s Field in the Dorset Senior Trophy on October 9 when the match was abandoned after Gillingham midfielder Eboni McCann reported he was racially abused by a spectator.

Despite the nature in which the game was stopped, the Dorset FA have charged Gillingham with misconduct under the FA’s E20 rule for ‘removing themselves from the field of play and being unwilling to continue the match’.

Gillingham could now face a fine of up to £150, while the misconduct charge would remain on the club’s record.

Speaking to Sky Sports News about the abuse, McCann said: “The referee was giving a player a yellow card at the time it happened, so I went over to the referee and said ‘this spectator’s just said this’ and he replied ‘I’ve heard it’. I then went to the guy who said it ‘you can’t say that’ and he just replied ‘yes I can’.

“He was so brazen about it, no remorse, which really goes to show the small-mindedness of this individual.

“I then went and told my manager and we started walking off towards the changing rooms. We all walked off in solidarity, the club showed unity and then the referee came into the changing room and said ‘I don’t expect anyone to continue this game’. At that point the game was abandoned.”

Bridport have since banned a supporter for life and Dorset Police say an investigation is ongoing after a 74-year-old man attended a voluntary interview on October 15.

Dorset FA has said the case has been referred to the FA (the national governing body) and will be reviewed by a panel to determine any punishment for Gillingham. It is understood the panel will consider the circumstances of the team leaving the pitch.

McCann said: “Initially, I couldn’t believe what I was reading. It seems absolutely ridiculous. If this is the law of the game, surely it’s up to the referee to say ‘if you don’t continue this game, this is what will happen’, but he didn’t.

“He’s a human, we’re all human. He showed compassion and he must have thought in his head ‘somebody who’s just been racially abused should not then be asked to play the rest of a football game’.

“I think the Dorset FA have kind of palmed it off and said ‘okay, well we’re sending this over to the FA for investigation’. In my eyes, they’ve taken way too long with it. I don’t understand what they’re investigating. What is there to investigate?

“Why is it two weeks down the line and all they’ve said is ‘okay, the only conclusion we have from this is Gillingham might be charged’. It’s poor and it sends out completely the wrong message, in my opinion.”

‘As a manager, what else could I have done?’

McCann added he had received “huge support” after posting details about the abuse on social media while his manager Peter Down was impressed with the way Bridport dealt with the incident.

“The players were distraught. There was a lot of anger, a lot of tension. We could not carry on that game of football. I don’t know as a manager what else I could or should have done.

“We presumed the game would be replayed and Bridport would possibly pick up a fine just because it was their fan, but to then receive a misconduct charge was just shocking.

“Surely this can’t happen in today’s society? What example is that setting? We cannot believe what’s happened and I’m gobsmacked. Never in my life have I ever experienced anything like this.”

The charge comes amid huge national pressure for bodies to do more to kick racism out of football.

Many footballers have reported being racially abused – either in person or online – and at the beginning of last year the PFA told Sky Sports News it would support anyone who decided to walk off the pitch. The FA has also reiterated its stance to help remove all forms of discrimination.

However, McCann believes that while incidents within the top divisions of professional football are being dealt with more rigorously, racism also needs to be addressed properly at non-League and grassroots level.

“It’s much more prevalent in the top tiers of football and that’s because it’s on TV. You have kids, you have families watching the game, so the last thing you want to hear is chants in the crowd of people being racist,” McCann said.

“I don’t think enough is being done in non-League football. Especially grassroots, because how do you manage that? Most people play on a recreation ground which is public ground, so how do you stop one of these rotten apples from turning up to the game and ruining it for everyone?

“I think it’s much easier to manage the higher up you go. It really needs some focus on the lower levels, in my opinion.” 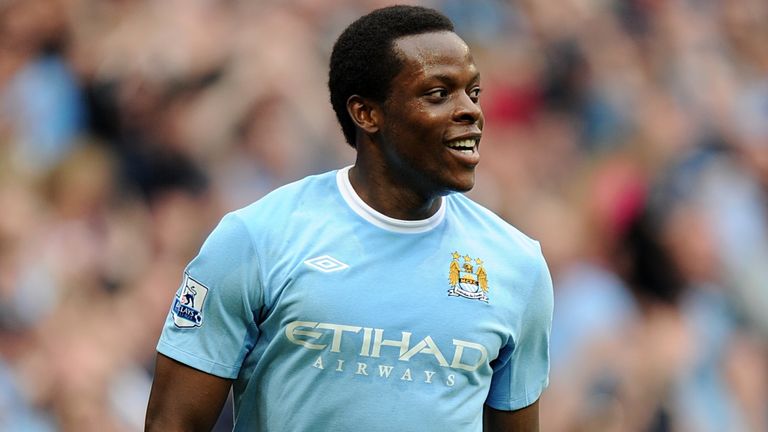 In response to the incident, an FA spokesperson said: “The FA stands firmly against all forms of prejudice and we take all allegations of this nature extremely seriously.

“We encourage all participants who believe that they have been the subject of, or witness to, discriminatory abuse to report it through the appropriate channels: The FA, our County FA network or via our partners at Kick It Out, so incidents can be thoroughly investigated.

“We will always take the strongest possible action against those proven to be discriminatory within a football setting and we continue to do our utmost to challenge these behaviours within our game.”

Sky Sports News has contacted the Dorset FA for a response.

Sky Sports is committed to making skysports.com and our channels on social media platforms a place for comment and debate that is free of abuse, hate and profanity.

If you see a reply to Sky Sports posts and/or content with an expression of hate on the basis of race, colour, gender, nationality, ethnicity, disability, religion, sexuality, age or class please copy the URL to the hateful post or screengrab it and email us here.

This is the message from Sky Sports presenters and reporters, who have united in supporting a new campaign aimed at raising awareness of online hate and abuse on social media