Middlesbrough cranked up the pressure on under-fire Cardiff boss Mick McCarthy as they inflicted a club record eighth straight defeat on the Bluebirds with a 2-0 win.

There was an anxious start at the Cardiff City Stadium, before a chorus of boos accompanied the half-time whistle after Andraz Sporar’s controversial penalty (35) had left the hosts trailing.

McCarthy’s men flew out of the traps after the break and hit the crossbar through Aden Flint, but the momentum waned, with Martin Payero’s neat finish (74) enough to kill off chances of a late resurgence.

Cardiff sit just two points above the Championship relegation zone ahead of the remainder of Saturday’s action, while victory for Neil Warnock against his former employers lifts Boro to seventh.

How Middlesbrough left McCarthy on the brink

The nerves were evident from a very early point in South Wales. Staring down the barrel of a club record run of eight defeats, it wasn’t long before Cardiff were under the cosh and being peppered by shots from Paddy McNair, Payero and Sporar.

With half an hour gone, Cardiff fans’ nerves were tested when ex-Bluebird Sol Bamba had a powerful header well saved by Alex Smithies, but things got worse within two minutes when the visitors were awarded a controversial penalty.

Sporar’s shot from outside the box struck the hand of Mark McGuinness, which was down by his side, on its way through to Smithies. Referee Jeremy Simpson pointed to the spot, with Sporar on hand to tuck home his third goal of the season.

Matt Crooks came close to doubling the visitors’ lead shortly afterwards, but he managed to drag a shot wide of the left-hand post despite appearing to have plenty of time to pick his spot from the edge of the box.

Cardiff exploded into life after the break, desperate to salvage something from the game. Flint saw a series of shots blocked, before Joe Lumley reacted well to push away a bouncing effort from James Collins and Flint’s downward header agonisingly hit the underside of the crossbar.

But Middlesbrough kept their composure, managed to take control of the game again and piled the misery on their stricken opponents when Uche Ikpeazu’s searching cross was moved on by Sporar to Payero, who finished well to seal the points.

Man of the match – Sol Bamba

“It was not just his work defensively, it was his organisation the entire time and that’s a proper leader. His presence is what a lot of clubs miss in this day and age.” 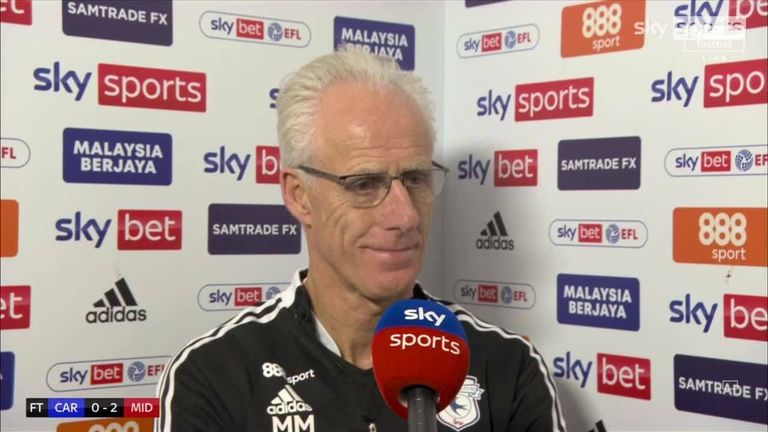 Under pressure Cardiff manager Mick McCarthy admits he is having an incredibly difficult time at the moment and asked his players at half-time to have a proper go at Middlesbrough after a poor first half display. 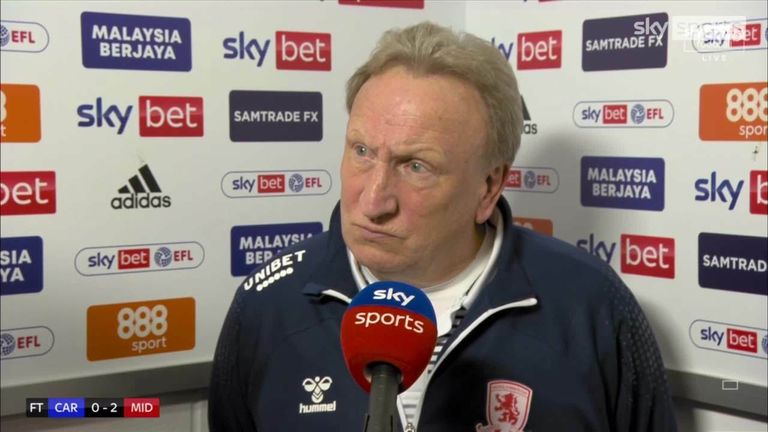 Neil Warnock was full of praise for his team and in particular Lee Peltier and veteran Sol Bamba after both men put in excellent performances in Middlesbrough’s 2-0 win at Cardiff.

Both sides are next in action at 3pm on Saturday, October 30. Cardiff travel to the bet365 Stadium to face Stoke, while Middlesbrough host Birmingham at the Riverside Stadium.