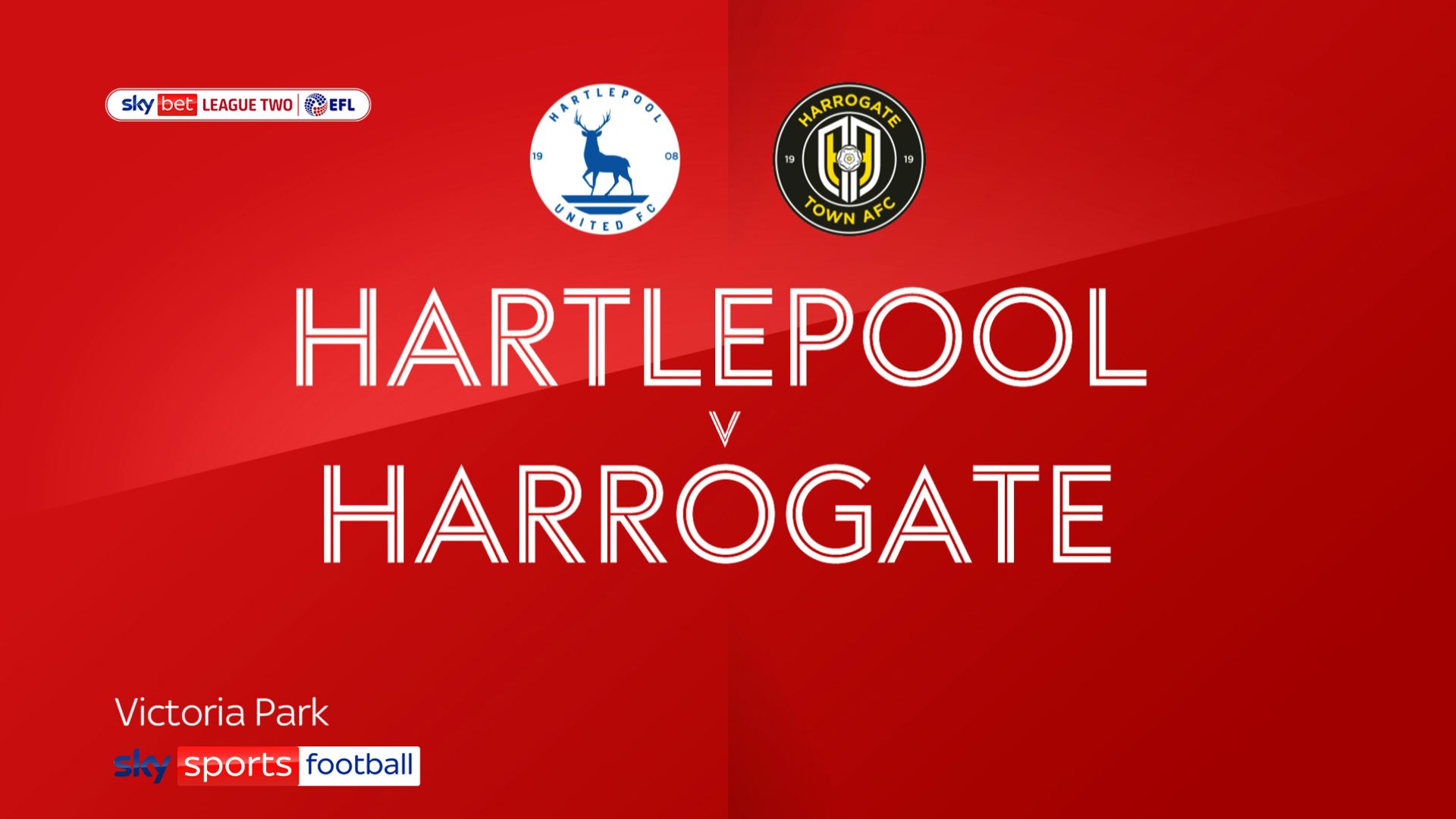 Hartlepool scored three times in seven second-half minutes to come from behind to beat Harrogate 3-2 at Victoria Park.

Town looked on course for another three points after reaching half-time two goals to the good.

George Thomson hammered the visitors ahead in the 28th minute when Lewis Page’s cross dropped to him eight yards out.

Hartlepool defender Neill Byrne, who earlier had one ruled out at the other end, then turned Ryan Fallowfield’s delivery into his own net to put Harrogate further ahead seven minutes later.

But Pools’ change of shape after the interval brought incredible rewards.

Once full-back David Ferguson had volleyed Reagan Ogle’s cross inside the far corner in the 52nd minute, Hartlepool had lift off.

Striker Mark Cullen levelled things up with a header from Luke Hendrie’s delivery a minute later.

Despite Harrogate’s late efforts, the hosts climbed into the play-off zone and level on points with fifth-placed Town after making it six wins from seven in Sky Bet League Two at home.