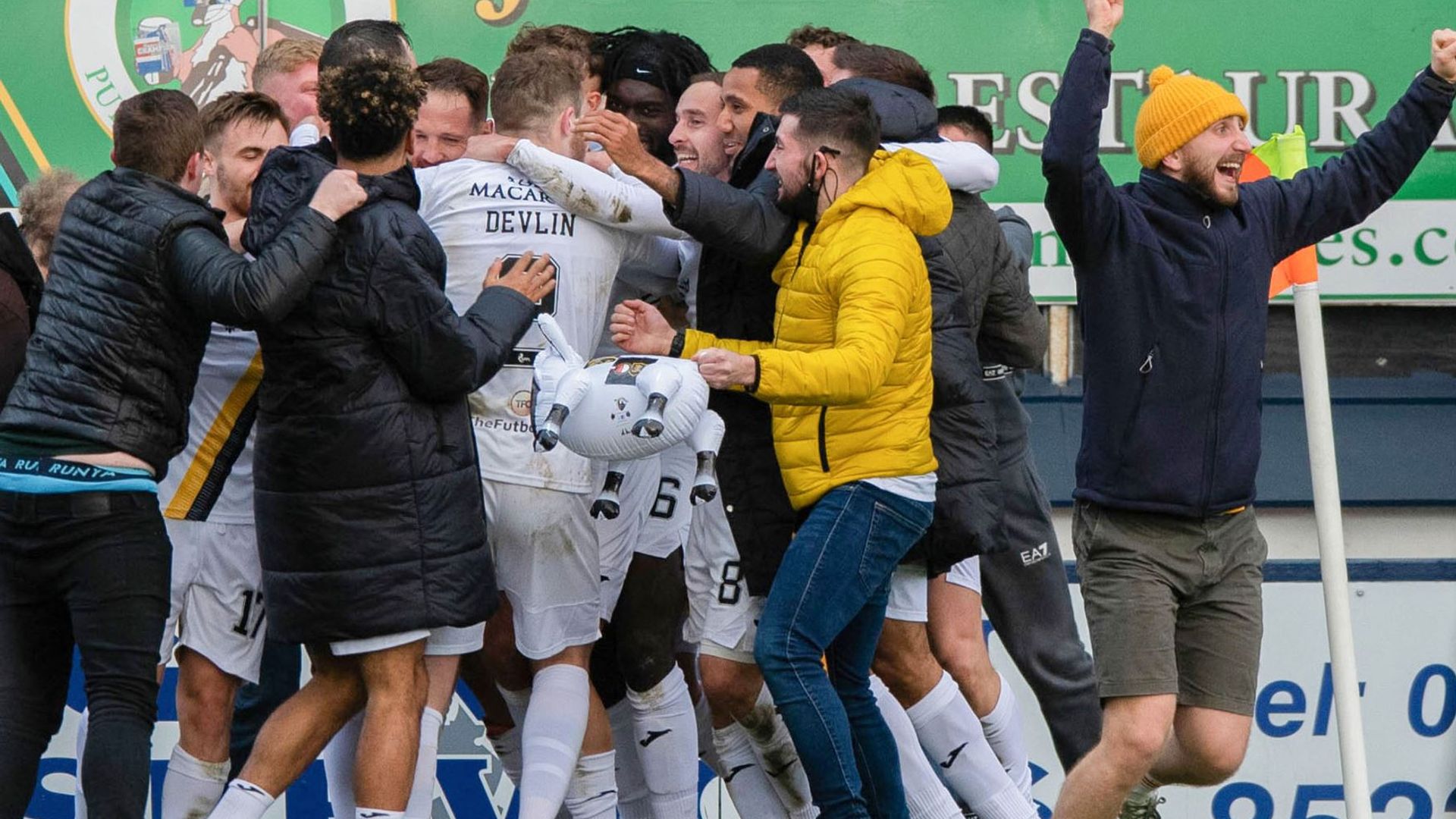 A stoppage-time goal earned Livingston a 3-2 victory and consigned struggling Ross County to a fourth consecutive Premiership defeat that leaves them winless after 10 matches.

Substitute Tom Parkes’ 95th-minute header was yet another bitter blow for under-fire boss Malky Mackay after his struggling side had squandered the chance to put Livingston on the spot.

It was also the price County paid for sloppy defending when Parkes was able to rise and snatch the winner from Alan Forrest’s free-kick.

The Staggies achieved the perfect start and the one they so desperately needed to restore confidence in the ranks.

With just seven minutes on the clock, Arsenal loanee Harry Clarke delivered the opening goal when he gathered a pass from Ross Callachan and slammed a powerful right-foot drive from 25 yards beyond Max Stryjek into the left corner of the net.

Given they have been forced to try to come from behind in the majority of their matches this season, this was a different dynamic and it was immediately evident in the home side’s play they had received a major boost psychologically.

Regan Charles-Cook and Joseph Hungbo epitomised County’s spirit of adventure down the flanks and the latter unnerved Livingston with a promising run down the right side which ended with a shot across the face of goal that whistled past the far post.

But when County were presented with a gilt-edged chance to increase their advantage after 24 minutes they blew it completely.

Having been awarded a penalty by referee Euan Anderson when Charles-Cook drew a foul from Ayo Obileye, Jordan White failed to get enough power behind his effort and the goalkeeper was able to make a save to his bottom-right corner.

Bruce Anderson was able to get on the end of Sean Kelly’s cross and steer his header from the centre of the box past Ash Maynard-Brewer.

It was Livi’s turn to be imbued with confidence and the match took on a much more balanced look.

Significantly, Livingston had also begun to stroke the ball about with some authority and, with just two minutes of the first half remaining, the balance of probability swung in their favour.

Their second goal was a thing of quality, as Odin Bailey curled a perfectly struck left-foot effort around Maynard-Brewer after being presented with the opening by Scott Pittman 20 yards out.

For a long time it looked as if Livingston had County’s measure, but fortune favoured the underdogs when they were awarded a second penalty as a consequence of Kelly putting in a reckless challenge on Hungbo in the 66th minute.

Callachan stepped up to take the kick this time and, while it was not the most convincing penalty, it had enough power and direction to beat Stryjek.

But there was a sting in the tail for County and one that may ultimately have dire consequences.

Ross County travel to Dundee, while Livingston host Dundee United, with both Scottish Premiership games kicking off at 7.45pm on Wednesday.