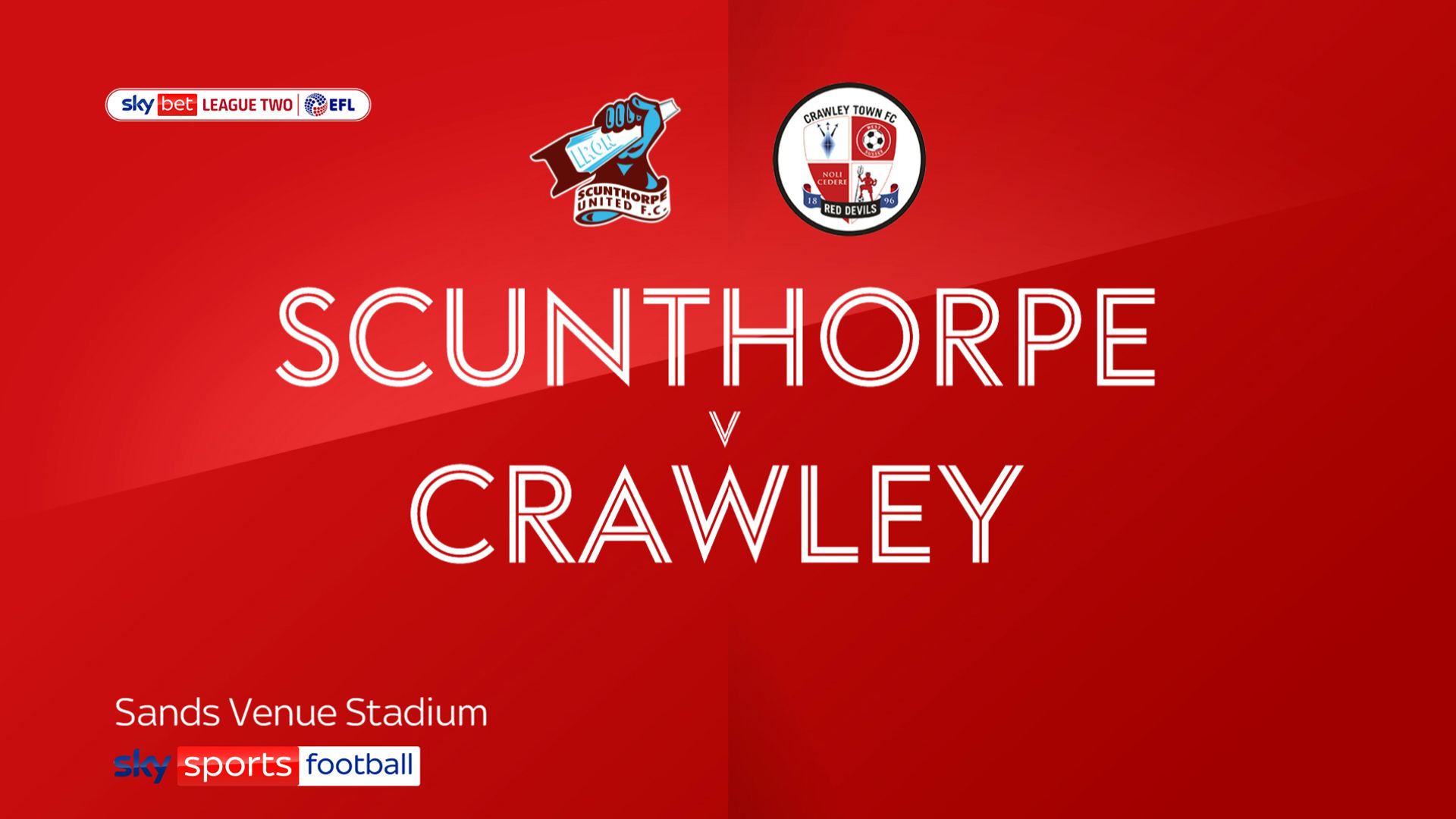 Scunthorpe picked up their first win in 10 games with a deserved 2-1 home success over Crawley.

There was little to chose between the teams between the two boxes but Scunthorpe were more clinical in front of goal, although they remain bottom of the table after only their second League Two win of the season.

Scunthorpe then began to take control and they broke the deadlock in the 37th minute. A neat move started by the impressive Hayden Hackney cut Crawley open and George Francomb turned Ross Millen’s low cross into his own net.

Scunthorpe added a second well-worked goal 10 minutes after the break when Miles Hippolyte’s pass released Jake Scrimshaw and the Bournemouth loanee rounded keeper Glenn Morris to score his second goal of the season, and first since August.

Kwesi Appiah scored his third goal in four games from Francomb’s cross with 17 minutes left to make it 2-1 but Scunthorpe hung on.