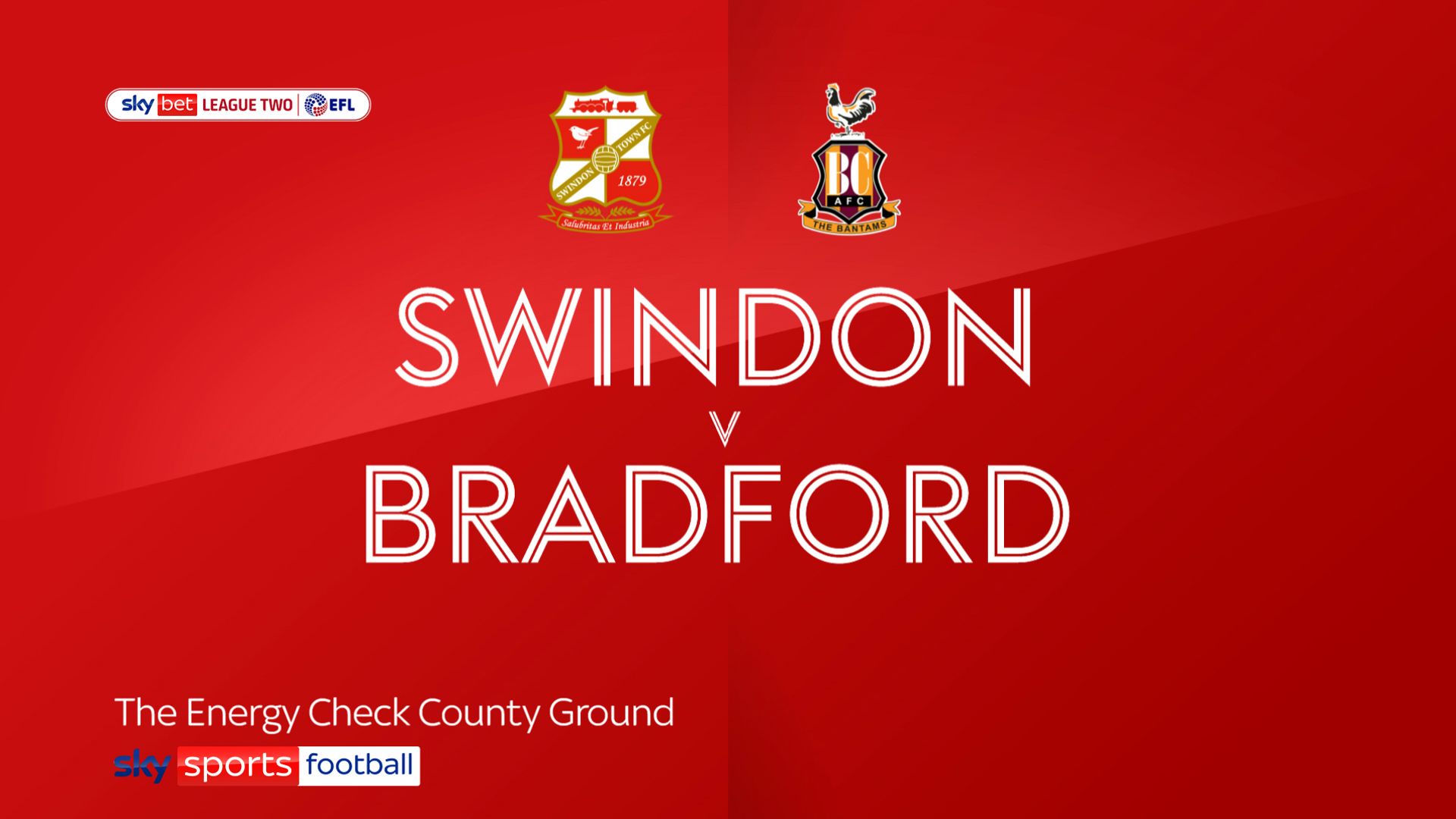 Swindon’s home woes continued as Bradford’s Theo Robinson scored for the first time since April in a 3-1 Bantams win.

Striker Caolan Lavery gave the visitors the lead in the 16th minute as a long-throw in from Oscar Threlkeld disrupted the Swindon defence and Lavery finished into the bottom corner with his back to goal.

Swindon defender Romoney Crichlow struggled with a formation change and was largely at fault as Bradford scored a second five minutes before half-time.

A cross from Matthew Foulds was not cleared as Andy Cook’s close-range shot rebounded off the post, leaving Levi Sutton with a simple tap-in to double Bradford’s advantage.

Former Swindon star Robinson came off the bench to heap more misery on the home side with a curling shot from the edge of the box beating a helpless Joseph Wollacott to make it 3-0.

Jack Payne slotted home a penalty with just over 10 minutes remaining but it had no impact on the final result as Swindon suffered a third home defeat of the season.