Team news and stats ahead of Burnley vs Tottenham in the Carabao Cup fourth round on Wednesday; kick-off 7.45pm.

Burnley boss Sean Dyche has said he will make changes for the Carabao Cup clash with Tottenham.

Maxwel Cornet, who scored twice in the 2-2 draw at Southampton on Saturday, came off with cramp and is unlikely to be used.

Ben Mee could be in contention after his bout of coronavirus but Dale Stephens is still some way from being match ready, despite being back in training.

Tottenham will travel to Turf Moor with an almost fully-fit squad.

Boss Nuno Espirito Santo left his Premier League stars at home for last week’s Europa Conference League game at Vitesse Arnhem, and while he may not deploy the same tactics this time, he is still likely to shuffle his pack.

“We have players who need minutes, who deserve minutes, but it’s up to us to manage the situation of the players because what we want is to build a competitive team,” he said.

“It’s going to be a tough match like we expect because Burnley is a good team but it’s a good chance for us to improve, knowing that the Carabao Cup is an important competition for us.”

Matt Doherty is back fit after an injury he picked up on international duty with the Republic of Ireland, leaving Ryan Sessegnon (hamstring) as the only injured player.

Follow Burnley vs Tottenham in our dedicated live match blog. Highlights will also be published on the Sky Sports digital platforms and the Sky Sports Football YouTube channel shortly after the final whistle. 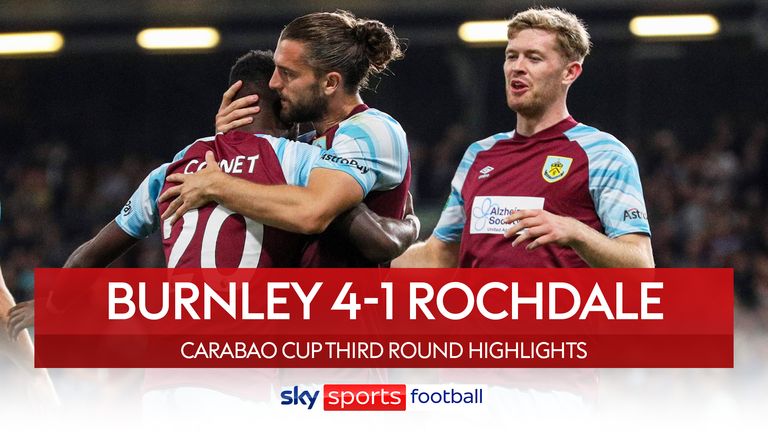