Jan Blachowicz is looking to put on a show in Abu Dhabi on Saturday when he puts his UFC light-heavyweight title on the line against Glover Teixeira.

The Polish star is seeking his second successful title defence after defeating Israel Adesanya in a unanimous decision victory at UFC 259.

And although he knows the most important aspect of the weekend will be that he exits the octagon still in possession of his belt, Blachowicz is looking to put on a spectacle.

“I’m also a fan of this sport. So when I’m watching a fight, I also want to watch a good fight,” he told Sky Sports.

“Sometimes, we’ve got a boring fight, sometimes it happens like this. So I would like to do a really good fight. When you make a really good fight, the wins taste better a little bit. Of course, at the end of the day, the most important thing is that you won the fight.

“But I would like to show my kids growing up, ‘Look, your father was good. He was a champion and made good fights’. People like watching these fights.”

Teixeira gets his title shot after building a five-fight win streak, and Blachowicz is braced for a titanic tussle.

“He found the same what I found a couple of fights ago. He knew what he had to do to get the chance for this title again,” the champion explained.

“I think that because he found the same that I found, because I think he found it, we are mentally similar so I think it will be a really good fight to watch. And people will enjoy watching this fight and remember it for a long time, I hope.” 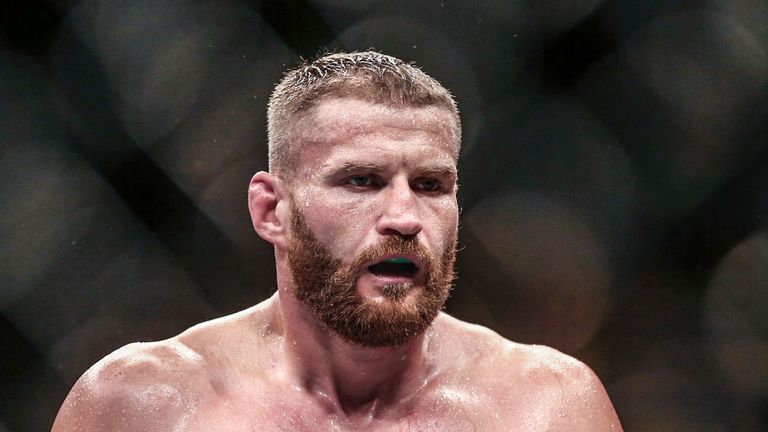 Blachowicz is also relishing the bout because it will be the first time he enters a packed arena in front of fans and gets announced as a UFC champion.

His TKO victory over Dominick Reyes to complete his ascent to the summit of the division, and the defence against Adesanya were both held behind closed doors due to the coronavirus pandemic.

“I’m waiting for that. Two fights without a crowd, it was good, a nice experience, something new. But with people is much better,” Blachowicz said.

“I hope they will support me and scream my name, but I’m ready for every scenario.”