Nicky Henderson has insisted Shishkin is a “bigger and stronger” horse as he plots a route to the Queen Mother Champion Chase with his stable star.

Shishkin remains unbeaten over obstacles when completing, having won all five chase starts last season, including Grade One victories in the Arkle Novices’ Chase and Maghull Novices’ Chase.

Henderson will be hoping that the seven-year-old can fill the void left by two-time Champion Chase winner Altior, who was retired at the end of last season.

Altior also took the Tingle Creek Chase at Sandown in 2018, a race that Henderson has nominated for Shishkin’s highly-anticipated seasonal reappearance.

“He has grown quite a lot this summer and was probably still fairly unfurnished last year, but he’s definitely bigger and stronger now,” said the six-time champion trainer.

“The two horses who have developed physically the most are the two novice chasers, him and Chantry House. If a horse has grown and got thicker, then there must be a chance they are getting to maturity and you should think they’ll be better horses.

“We’re just starting the first work bits now [with Shishkin] to gear him up for the beginning of December.

“You’ve got to go down the tried and tested route. Not surprisingly, the objective, as it was with Sprinter Sacre and Altior, is the Queen Mother Champion Chase. It is what it says on the tin – it’s the champion race.

“The Tingle Creek is the obvious place to start and then maybe Ascot or Newbury before Cheltenham. After that, you’ve got the option of either Aintree or the Celebration Chase at Sandown.”

Grade One winner Fusil Raffles returns to action on Saturday in the Charlie Hall Chase at Wetherby, having finished second behind Bravemansgame in seasonal reappearance at Newton Abbot earlier this month.

The six-year-old is yet to run over further than two miles and five furlongs, with Henderson stating that Saturday’s race over three miles could open up more options for the Simon Munir and Isaac Souede-owned gelding. 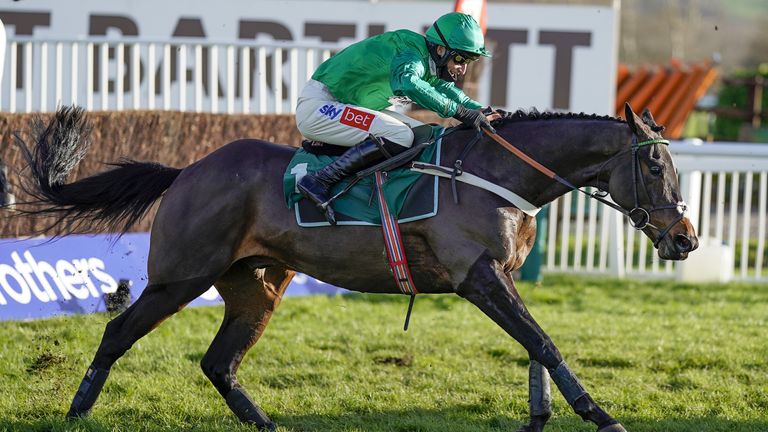 “We’re going to try him over three miles this weekend at Wetherby in the Charlie Hall to see if he stays, as he’s never been that far.

“If he did stay, then it opens up a lot of options. If two-and-a-half miles is his trip, then so be it.

“Ground is pretty important to him as he’s not much good in very soft ground.

“We’re up against Cyrname [in the Charlie Hall] and we’re very wrong at the weights with him but otherwise I think he’ll be competitive.”