Jake Paul has announced his grudge fight against Tommy Fury in Tampa on December 18.

The YouTuber and the British contender have confirmed they will finally share the ring this year after a long-running feud on social media.

Paul wrote on Twitter: “Pucker up Timmy, it’s time to kiss ur last name and ur family’s boxing legacy goodbye.” 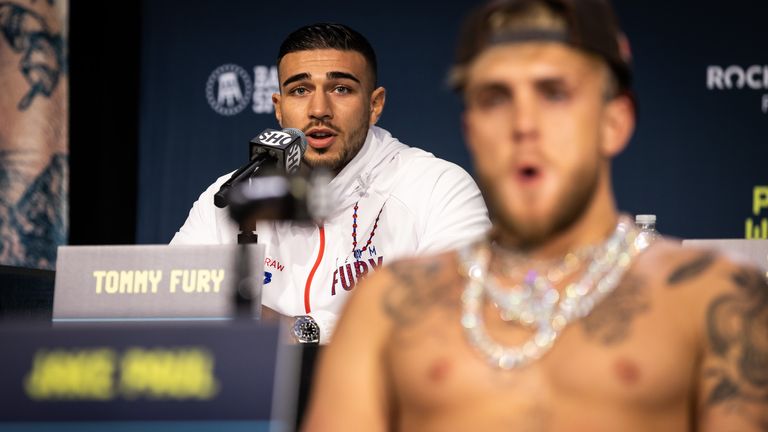 The bitter rivals traded heated words at a press conference

The American star has launched a professional boxing career, extending his unbeaten record to four victories after a split decision victory over Tyron Woodley in August.

Fury, who fought on the undercard for Paul vs Woodley, is also undefeated and brought up his seventh victory with a points win over Anthony Taylor.

The feuding duo had clashed at the press conference, with Paul saying: “When I’m confident in my skill, I’m already thinking about the next opponent.

Paul says a future showdown with Fury is a ‘massive fight’

“Why do you think this guy is sitting behind me right now?”

Fury fired back at Paul by saying, “Your time is coming pal. Don’t mention my name out of that garbage mouth of yours.”

Paul then replied: “When you know what’s going to happen, it’s easy. This is an easy sport.”