Zepeda defends his WBC ‘silver’ title against Vargas in New York, with live coverage from 2am on Sunday, and the winner will take a step closer to challenging Taylor.

Scotland’s undisputed champion has rescheduled his WBC, WBA, IBF and WBO title defence against Jack Catterall to February 26 after suffering a knee injury in training. 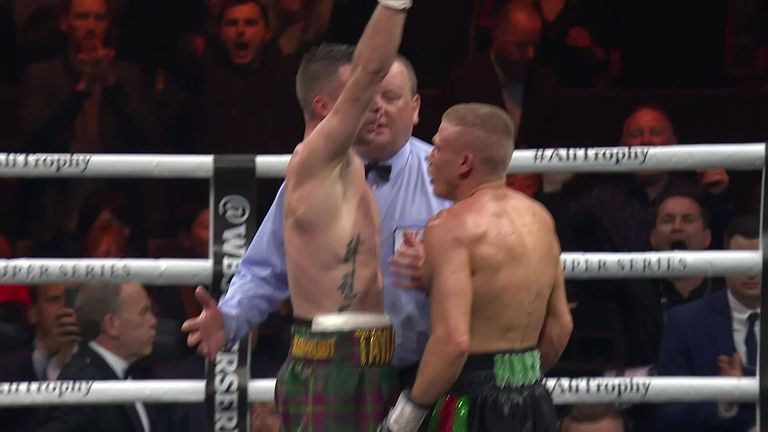 
Taylor unified all the belts after a dominant points win over Jose Ramirez, who was previously given a scare in a majority decision win over Zepeda.

The Californian traded heated words with Vargas as he promised to display his superior class at Madison Square Garden Theatre.

“I have a lot of experience with number one and two rated fighters in the world,” said Zepeda at the final press conference.

“Wherever he takes it, I’m going to take it. I already proved I could go as hard as it gets.

“He’s a young fighter. He still needs a lot of experience. He doesn’t know it. His team probably doesn’t know it yet, but Saturday he will get to see that boxing is not a game.”

But Vargas, who has only one disqualification defeat on his record, is supremely confident that he will stake his claim for a WBC title shot.

“I give respect to Zepeda for taking the fight, because he didn’t have to,” said Vargas.

“He’s ranked [No. 1] by the WBC, so I give props to him because fighting me is a whole different ball game.

“The only fighter he’s [fought] with kind of a good style is [Jose] Pedraza. That was it.

“He’s never faced anyone like me who’s young. I’m 23-years-old who has the energy, but not only that, has great footwork.”

Watch Jose Zepeda vs Josue Vargas, live on Sky Sports from 2am on Sunday.