Team news, stats and prediction ahead of Leicester vs Arsenal in the Premier League on Saturday; kick-off 12.30pm.

Jamie Vardy will be back in the Leicester squad when they resume their Premier League campaign against Arsenal.

The striker sat out the Carabao Cup win against Brighton after he was taken off as a precaution at Brentford due to a knee problem. Mikel Arteta says he’s fully focused on his work at Arsenal, following reports linking him with the Barcelona job.

Ricardo Pereira and Ayoze Perez will be assessed. Pereira experienced some tightness after the game in midweek while Perez has been ill.

Arsenal are dealing with a sickness bug within the squad as they prepare for the match.

Pablo Mari was unable to play in the Carabao Cup win over Leeds having been struck down with illness and Benjamin White came off during the game with the same issue.

Granit Xhaka (knee) is out while there will be a late fitness test for Kieran Tierney (ankle).

Follow Leicester vs Arsenal in our dedicated live match blog. Highlights will also be published on the Sky Sports digital platforms and the Sky Sports Football YouTube channel from 5.15pm on Saturday.

FREE TO WATCH: Highlights from Leicester’s win against Brentford

FREE TO WATCH: Highlights from Arsenal’s win over Aston Villa

Arsenal looked like a top-four team for large parts of their convincing victory over Aston Villa last Friday. The tricky part of analysing a true performance level of a team though is to assess the strength of such a form-line. Were Arsenal absolutely savage? Or were Aston Villa just plain ordinary?

This Arsenal team aren’t to be trusted just yet as they are packed with inexperience and flaky players like Pierre-Emerick Aubameyang and Alexandre Lacazette, who looked motivated to the max against Villa but are also equally likely to throw in a stinker the next week. But at prices like 7/4 with Sky Bet to win at Leicester, I’m happy to back Arsenal.

I don’t have any trust issues with Arsenal’s defence. The Aaron Ramsdale, Ben White and Gabriel axis has an impressive look to it. In six games, the trio have conceded just four goals with an expected goals against figure of 5.2 backing up their cohesive play. It’s the second-best defensive record of any Premier League team in that period, according to the expected goals against metrics.

They have also yet to concede a goal in the first half in those six matches.

With Leicester not exactly firing in the final third – all their key attacking metrics have them ranked as a mid-table team this season – there is a case to be made for backing an Arsenal win without them conceding at 4/1 with Sky Bet. Four of Arsenal’s last five wins on the road have been achieved with a clean sheet and since the start of last season only Liverpool, Manchester City and Chelsea have won more games to nil away from home than Arsenal (8). 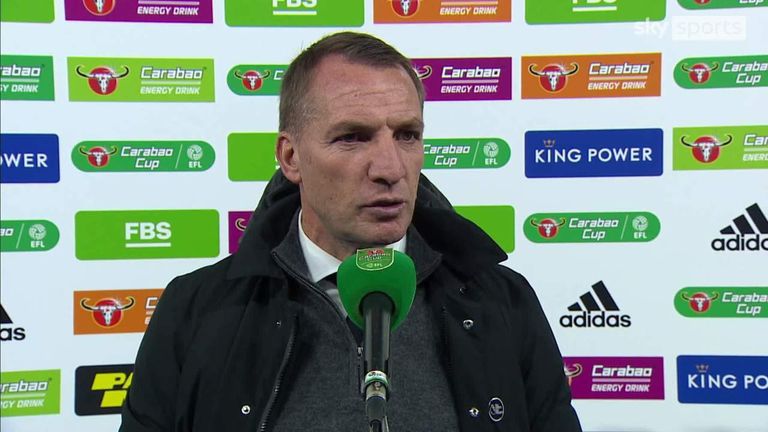