All the latest Newcastle United transfer news, rumours and gossip now that the £300m takeover of the north east club has been completed, with a Saudi-led consortium ending Mike Ashley’s 14-year ownership of the Magpies.

Steve Bruce remained in his role for the first game of the new era – a 3-2 defeat to Tottenham that marked his 1,000th game as a manager – but finally left the club after much speculation several days later.

Talk now turns to who will replace him on Tyneside – as well as who the Magpies could sign when the January transfer window reopens for business.

Fonseca, Simeone and Rooney: Which managers have Newcastle been linked with? 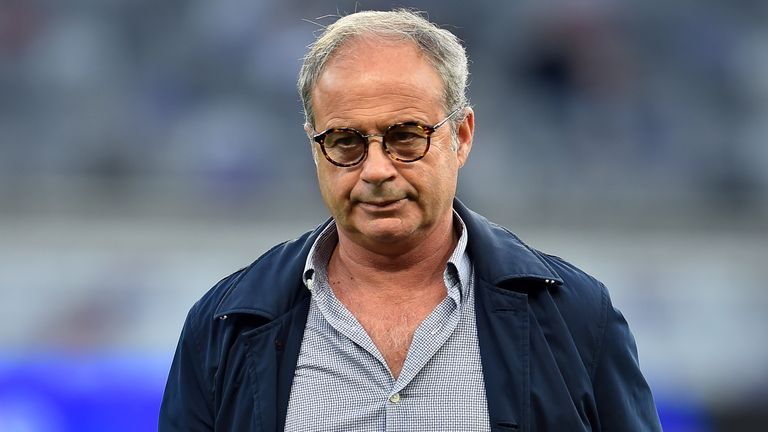 Newcastle are to offer Paulo Fonseca £6m a season after he impressed Amanda Staveley in an interview (Daily Telegraph, October 22). Fonseca has emerged as a contender for the Newcastle managerial role (Sky Sports News, October 20). The former Roma manager has held talks with Newcastle’s board of directors (The Times, October 21).

Former Everton boss Roberto Martinez is interested in returning to the Premier League to manage Newcastle, according to reports (The Sun, October 22).

Eddie Howe and Lucien Favre are thought to be among the other candidates for the Newcastle job (Sky Sports News, October 21). Howe is in discussions with Newcastle (The Mirror, October 19).

Antonio Conte has reportedly rejected the chance to take over as Newcastle manager as he is holding out for the Man Utd role to become available (The Sun, October 20).

Newcastle will this week step up their search for a new manager with Roberto Martinez, Steven Gerrard and Unai Emery emerging as leading contenders to replace Steve Bruce (The Times, October 18).

Rafa Benitez does not want to walk out on Everton to return as Newcastle manager, even though he was the new owners’ ideal candidate for the role (Daily Telegraph, October 15).

Real Madrid legend Zinedine Zidane has reportedly distanced himself from a potential job at Newcastle due to his ambition to become manager of France (Daily Star, October 15).

And the new Newcastle owners are reportedly lining up Antero Henrique to be the club’s new sporting director (Footmercato, October 12).

Newcastle’s owners had also reportedly been considering a move for Ralf Rangnick, among a number of candidates, to become the sporting director (Daily Telegraph, October 11).

Actor and Newcastle supporter Robson Green says he is delighted that the takeover of the club has been completed and feels the investment has given the city hope.

Brendan Rodgers has no interest in talking to Newcastle about the possibility of taking over as manager (Sky Sports News, October 13).

Which players have been linked?

Dominic Calvert-Lewin is on the list of Newcastle United’s potential targets under their new Saudi Arabian ownership (Daily Telegraph, October 21).

Life after Steve Bruce at Newcastle United could begin with the signing of Ousmane Dembele, according to reports (Daily Mail, October 21).

Fiorentina are about to give up on extending the contract of striker Dusan Vlahovic, potentially sparking a transfer battle as early as January between Spurs and Newcastle (The Sun, October 18).

Newcastle United will have a January transfer budget of only £50m despite there being room for another £140m under Financial Fair Play rules (Sunday Telegraph, October 17).

Newcastle supporters have been warned not to expect Erling Haaland and other superstars to arrive at the club despite their new-found spending power (Daily Star on Sunday, October 17).

Newcastle are reportedly tracking Niklas Sule and Philippe Coutinho as they look to flex their new financial muscles (The Sun, October 15).

Newcastle are set to battle it out with Manchester United and Chelsea among others for England midfielders Declan Rice and Jude Bellingham (The Daily Express, October 14).

The Magpies are understood to be in regular contact with the agents of Chelsea striker Timo Werner (The Sun, October 14).

Newcastle will target a move for Leicester City defender Wesley Fofana in January despite him being a long-term injury absentee (Daily Star, October 13).

Newcastle are planning a mass transfer raid on Manchester United with four outcasts reportedly in their sights (The Sun, October 11).

Newcastle are keen on signing PSG forward Mauro Icardi, although both Spurs and Juventus are also understood to be interested in the player (Mail on Sunday, October 10); Icardi will turn down the chance to join the Newcastle United revolution because his wife Wanda Nara does not want to move from Paris (The Sun, October 14)

Lingard, 28 – who starred on loan at West Ham towards the end of last season – has started just once for Ole Gunnar Solksjaer’s men this term, while Tarkowski, also 28, is out of contract in the summer, but is said to have a gentleman’s agreement in place to leave in the winter window if a suitable offer comes in.

Newcastle supporters are keen for the club to make Aaron Ramsey their first big-money signing after the Saudi takeover was concluded. (The Sun, October 9)

Demba Ba has offered to come out of retirement to play for Newcastle United’s new owners. (Daily Star, October 9)

Philippe Coutinho‘s representatives are reported to have already made contact with Newcastle’s new owners to find out if there is any interest in their client (Daily Mirror, October 9).