In what has already been unprecedented times with a global pandemic, Hollywood stars Ryan Reynolds and Rob McElhenney buying non-League Wrexham AFC has to be one of the more bizarre news stories of the past 18 months.

Although Wrexham AFC is the third oldest professional football club in the world, it has been in the doldrums for the past 13 years, languishing in the fifth tier of English football.

The longest-serving member of the National League, the current side are a far cry from their glorious European nights under the imposing Racecourse floodlights.

Yet Reynolds and McElhenney, refuting accusations of experiencing something akin to a mid-life crisis during lockdown, have clearly seen a challenge that they are prepared to invest £2m of their own money in.

What is arguably even more impressive is the fact that the deal was finalised with the blessing of 98 per cent of the votes cast by the Wrexham Supporters’ Trust (WST) after the club had been fan-owned since 2011.

Cynics could argue the US-based actors provided Academy award-winning performances to outline their passion and vision for a working-class club in a working-class Welsh town they had never even set foot in.

But to suggest that would be disingenuous, particularly to 45-year-old Reynolds, who is more than just an actor with his impressive business portfolio that now not only includes a football club and a mobile phone network, but also a specialist gin.

Any lingering doubts will have been put to bed this week when the pair finally managed to visit the club and town due to the easing of coronavirus restrictions, with McElhenney, 44, describing the experience as like “being welcomed home”.

The Wrexham tour started with a low-key trip to Maidenhead to watch the side lose 3-2 and has since taken in gin shots with supporters in the local pub, fan Q&As and a scheduled walk around the town ahead of Saturday’s National League game against Torquay at the Racecourse.

While there are still teething problems both on and off the pitch – the side sit 11th in the table with only four wins from their opening 11 games and have also struggled with increased ticketing and merchandise demands – it is hard not to get swept up in the little bit of stardust Reynolds and McElhenney have brought to this small corner of Wales.

Even frustrations with the lack of forward-planning around the club’s open-air stadium press conference, in order to adhere to coronavirus restrictions, were quickly forgotten when strategic advisor to the board (and former EFL CEO) Shaun Harvey introduced the pair as “the two stars of the show”.

Among the expected jokes about the weather, launching the team into space and playing football in ice skates, there was serious talk about respecting the club’s heritage, building a sustainable and successful business model and continuing to support and celebrate the local community.

McElhenney, in particular, appears to have developed a real affinity with Wrexham, answering each question with an unforced and natural ‘we’ while talking with great affection about the working-class roots, so intrinsically linked to the club and area, that he also identifies with.

Maybe, just maybe, there is something more than Hollywood glitz and glamour in this takeover after all… 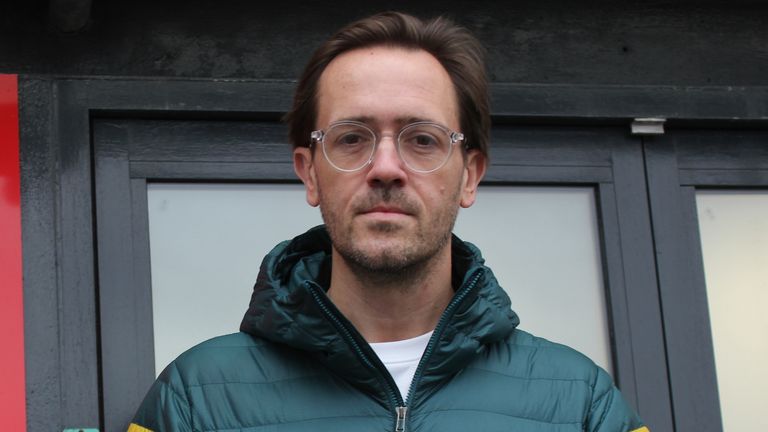 Tim Edwards, co-editor of the Fearless in Devotion Fanzine and Podcast, on the surreal takeover of Wrexham AFC by Hollywood superstars Reynolds and McElhenney

Like many fans, Tim Edwards is still struggling to come to terms with Wrexham’s new-found Hollywood spotlight as the club’s new co-owners Ryan Reynolds and Rob McElhenney visit North Wales for the first time.

However, he believes the takeover has breathed new life into not just the football club, but the entire region.

Speaking exclusively to Sky Sports News, the Fearless in Devotion Fanzine and Podcast editor said: “To be honest, the whole thing has been so surreal since it was announced but having now seen them here and all the pictures and videos, it’s slowly starting to sink in.

“It means everything – the domino effect is massive; everyone knows the club has been on its knees for quite a long time and been out of the league for 14 seasons and counting.

“It’s the boost and shot in the arm the club needed and it’s been brilliant – we can see that by the crowds we’ve been getting, sell-outs every home game and a stronger-than-ever away following.

“There’s a lot of stardust and the last time we had someone of this magnitude visit the town was probably B.A. Baracus from the A-Team back in the 90s – so it’s been a while and it’s not just pretty big for Wrexham but the wider area as well.” 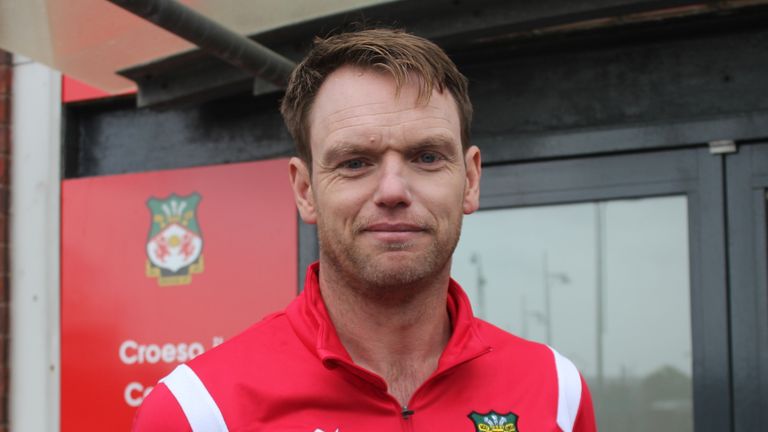 Wayne Jones, landlord of the Turf pub, tells Sky Sports News how the Hollywood takeover of Wrexham by Reynolds and McElhenney has given his business and the whole area a much-needed lifeline

‘The whole area has been given a lifeline’

Adjoined to the Racecourse ground is the iconic Turf, the only pub in the UK to be built inside the grounds of a sports stadium and where, in 1864, Wrexham AFC were formed.

At a time when the brewery and hospitality trade has been hit hard due to the coronavirus pandemic, it has been given a new lease of life with the recent Hollywood takeover.

With Ryan Reynolds and Rob McElhenney filming a new all-access Disney+ documentary about the club, it has quickly become a central hub for the film-making process as well as seeing the stars join fans for drinks earlier in the week.

On the takeover and its effects on the area, Turf landlord Wayne Jones told Sky Sports News: “We have been given a lifeline and have really hit the jackpot.

“People are in a really good mood, happy, joyous – it’s nice to see smiles on people’s faces, people wanting to stop and talk to you. 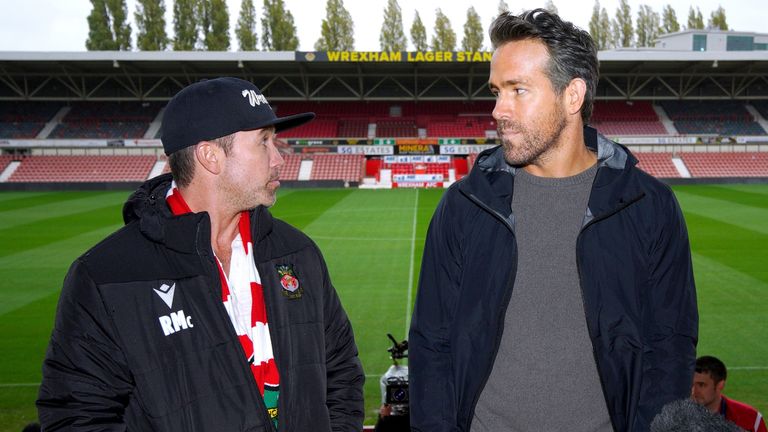 “In years gone by, they would stop and moan about the football being rubbish and although it’s still not great at the moment, the overall vibe is that we are on the way up!

“It’s surreal to have a chat with them and they’re really nice, humble guys – what you see is what you get with them.

“I told them about the joy and happiness they have given the supporters and they said they didn’t see it as a burden, but a responsibility.

“We spoke about them being winners and us wanting to be winners and the overriding feeling I got was that they are here to win and that’s what every fan wants.

“We’ve said for years we’re a sleeping giant and we’ll have 10,000 here on Saturday (against Torquay) and would probably have sold more if we could.

“Even when we were at our lowest ebb, finishing 17th and 18th in the Conference, we have always been a huge club. I definitely think this giant has woken – now just watch it go places!”