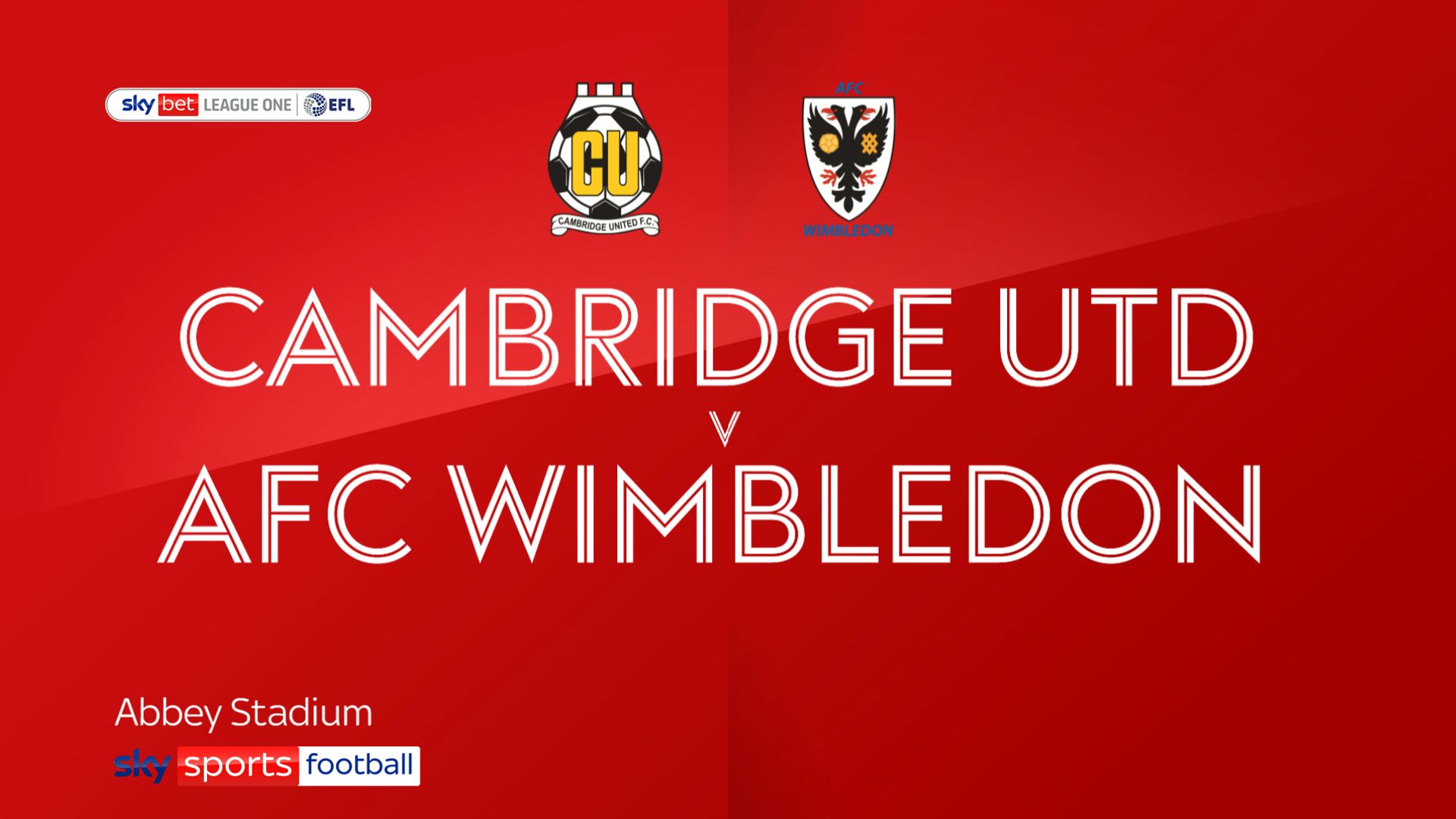 Cambridge beat AFC Wimbledon 1-0 in League One to secure their first win in eight matches.

England Under-20 international Jensen Weir headed in soon after half-time and his first ever senior goal proved to be the winner.

The hosts missed a huge early chance inside the first seven minutes when a short corner routine led to Wes Hoolahan crossing to George Williams, who could only head wide from a central position.

In stoppage time at the end of the half Chaye Alexander’s cross was nodded goalwards by Jack Rudoni, only for Us keeper Tomas Holy to claw the ball away.

Two minutes after the restart Weir broke the deadlock with a fine looping header beyond Nik Tzanev as Wimbledon were unable to clear the ball under pressure from Joe Ironside.

The Dons nearly hit back on 68 minutes when Daniel Csoka headed Alex Woodyard’s cross onto the outside of the far post.

Five minutes from the end the unmarked Rudoni could only head straight at Holy with Wimbledon’s best chance of all.