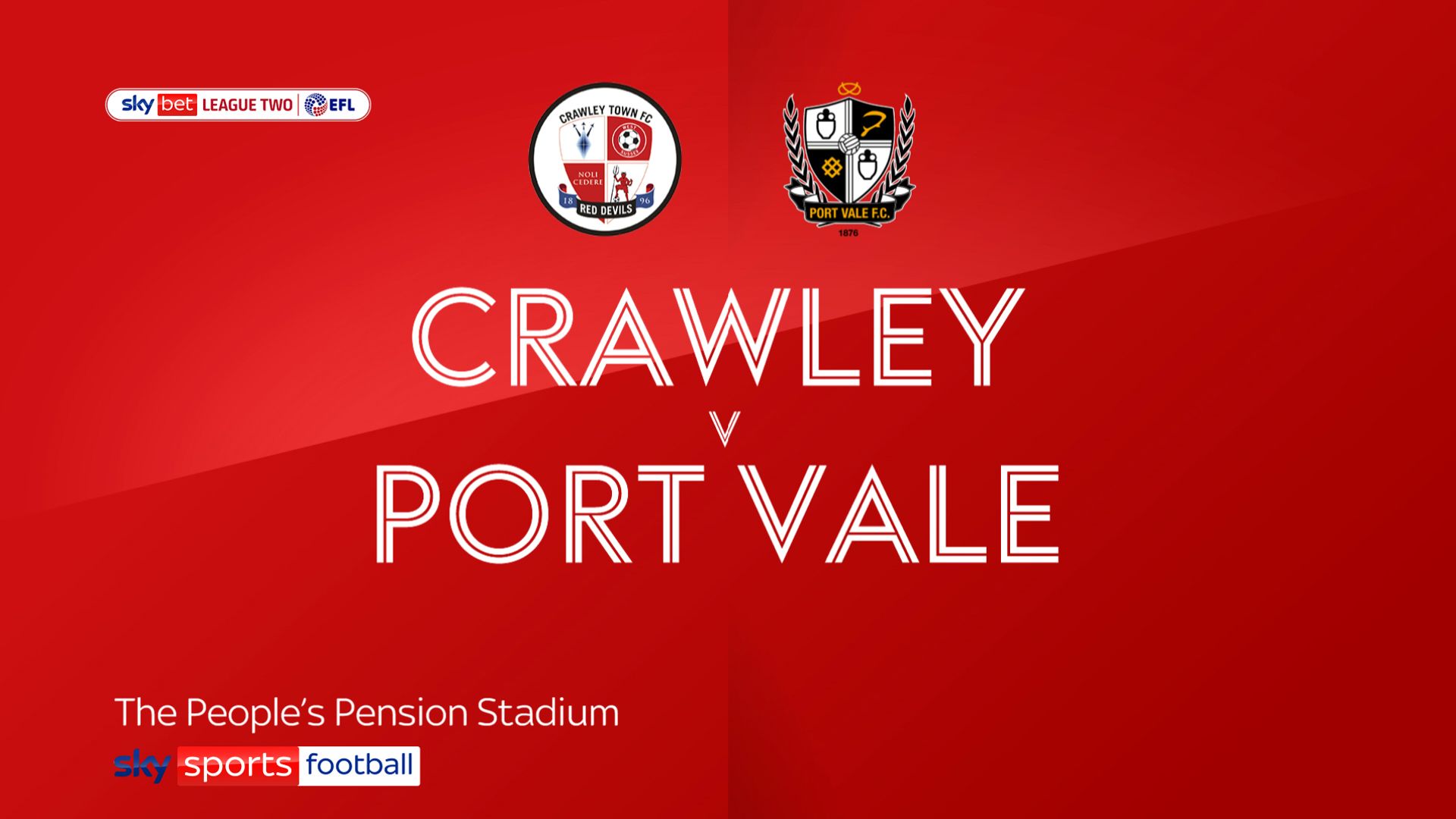 High-flying Port Vale made it seven wins from their last nine League Two games with a 4-1 comeback victory at 10-man Crawley.

Crawley had to battle for 78 minutes with a player less after Joel Lynch’s early dismissal, and Vale eventually made the advantage pay after Kwesi Appiah had given the hosts the lead just before the break.

Crawley went into the game smarting from stinging criticism from head coach John Yems, who described the defeat at Scunthorpe the previous week as “the worst” since he took charge.

Lynch was involved in an off-the-ball incident with Nathan Smith and referee Trevor Kettle showed a straight red card after consultation with a linesman.

Morris denied skipper Tom Conlon and the recalled Ben Garrity headed just over before the Reds broke the deadlock a minute from the break through top scorer Appiah.

The former Crystal Palace striker headed his fourth goal in five games after a fine cross by Jack Powell.

However, Vale levelled four minutes after the interval when Conlon registered his third goal of the season direct from a free-kick from 20 yards.

But midfielder Tom Pett struck to make it 2-1 to Darrell Clarke’s side by firing through a crowd of players after 75 minutes.

Vale’s victory was sealed five minutes later when Crawley skipper George Francomb put through his own goal from Mel Benning’s cross, and substitute David Amoo made it 4-1 with virtually the last kick of the game.