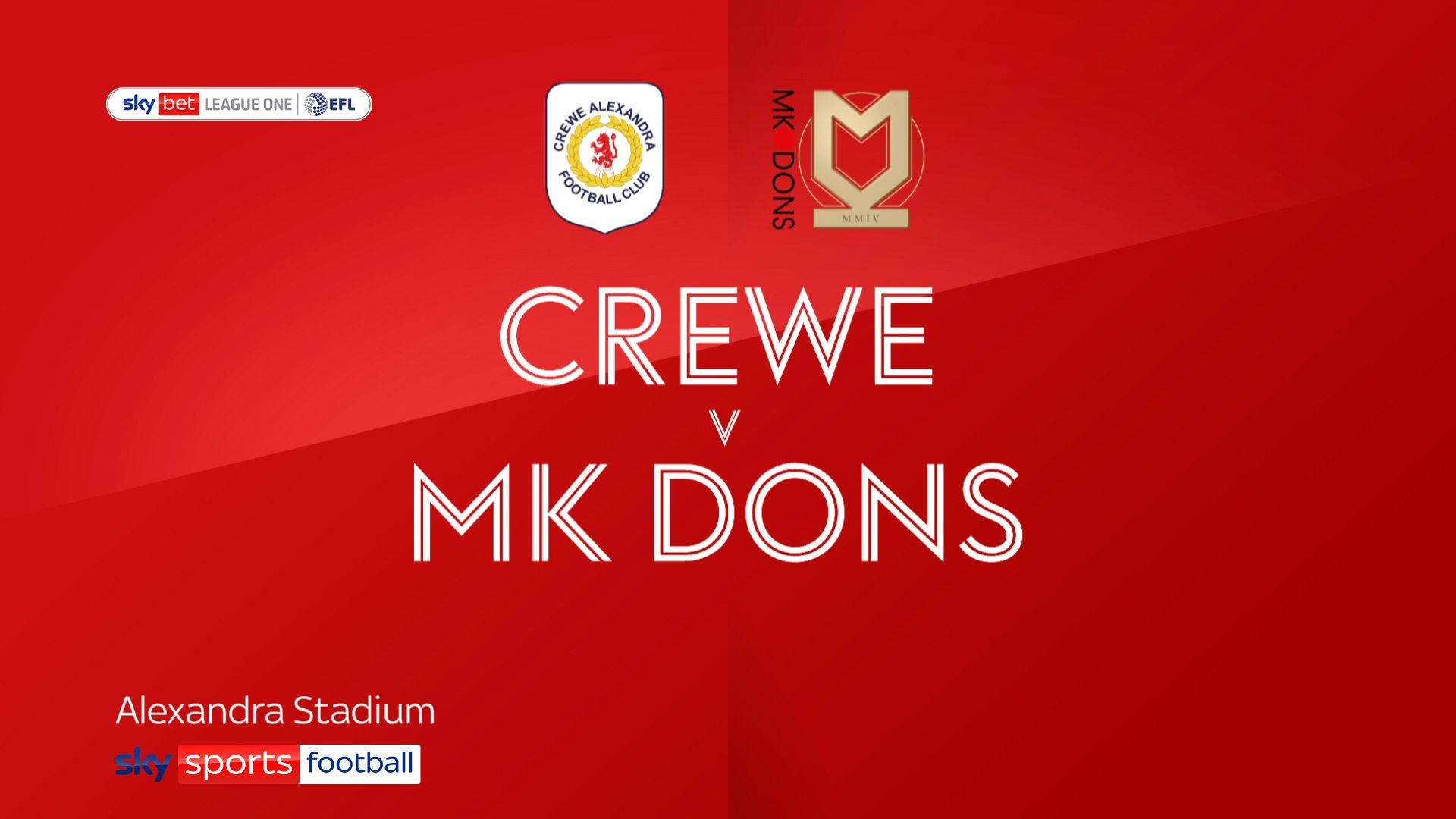 MK Dons could afford the luxury of a Mo Eisa penalty miss as they returned to winning ways by thrashing bottom club Crewe 4-1.

Before spurning the spot-kick, Eisa handed the Dons the lead and, although Chris Long hit back after the break, goals from Matt O’Riley, an own goal by Donervon Daniels and a stoppage-time finish by Matt Watters ensured a comfortable victory.

The Dons should have been punished early on after some excellent work by J’Neil Bennett on the left, but the winger’s cross was headed against the post by defender Rio Adebisi from six yards out.

Defence turned into attack quickly and David Kasumu made the most of space to drive the ball across the six-yard box for Eisa to apply the finish.

The Railwaymen hit back with an unlikely finish from Long with the angle appearing against the striker, yet he managed to squeeze the ball past keeper Andrew Fisher in the 52nd minute.

It was a brief reprieve for Crewe, though, as O’Riley seized on a weak clearing header from Kioso’s cross and drove the ball into the corner of the net in the 64th minute.

Eisa wasted the opportunity to extend the lead after he was brought down by Will Jaaskelainen with the keeper making amends by saving the striker’s tame 68th-minute spot-kick.

But the visitors sealed their win when Kioso’s drive was helped in by Alex defender Daniels after Hiram Boateng exposed some more weak defending.

Then substitute Watters was put clear deep in added time and fired the fourth under Jaaskelainen.