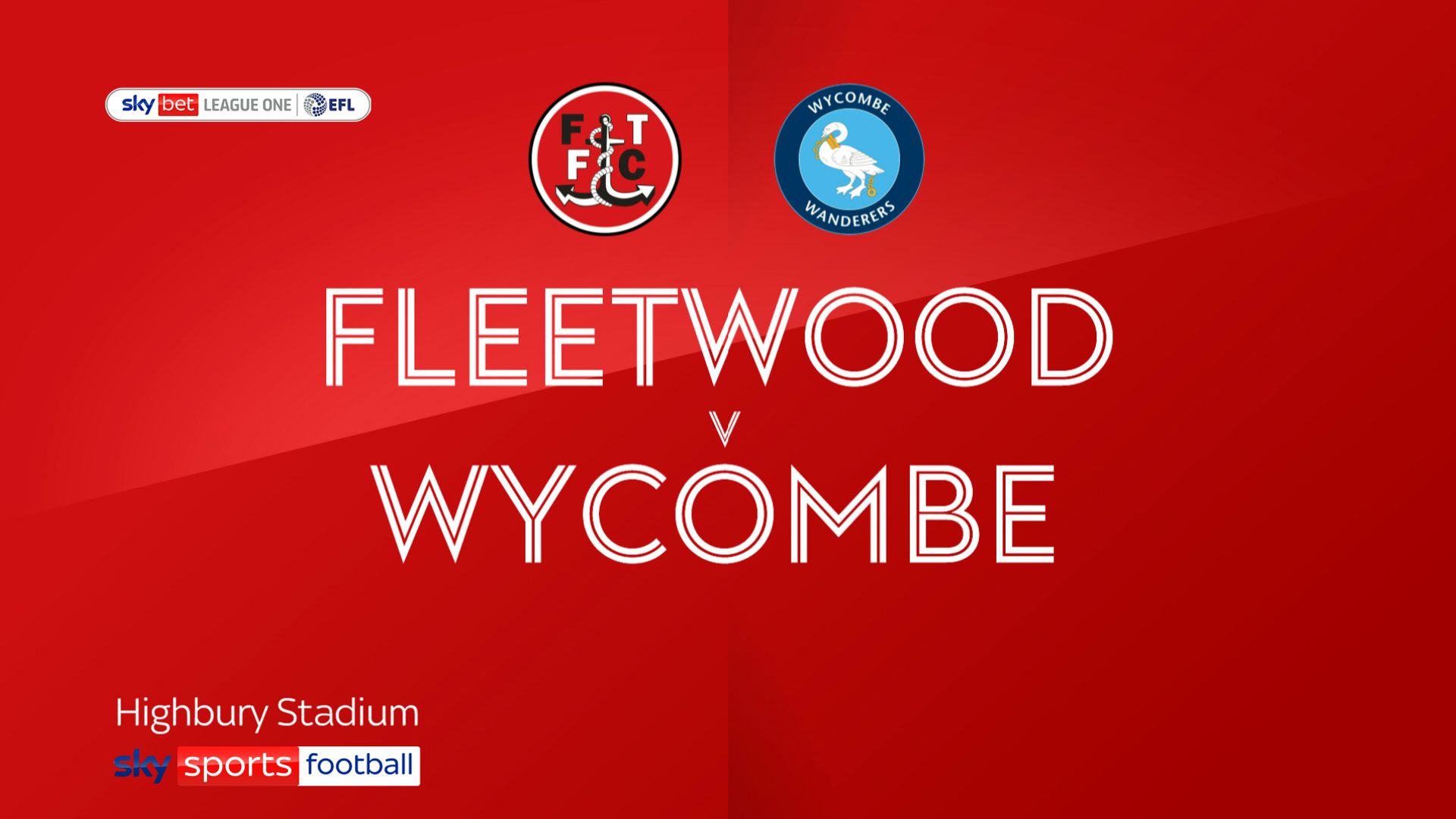 Joe Garner and Shayden Morris netted as Fleetwood staged a fantastic fightback from 3-1 down to draw 3-3 at home to Wycombe.

The struggling hosts, who began the day third-bottom in Sky Bet League One, led through Danny Andrew’s fifth-minute effort but goals from Brandon Hanlon and Adebayo Akinfenwa put Wycombe ahead at half-time.

Sam Vokes extended the lead early in the second half before substitutes Garner and Morris each struck shortly after coming on to grab a point.

It had started so well for Fleetwood, when Callum Morton worked the ball across the box for the advancing Andrew to cut in and thump home with his unfavoured right foot.

But Wycombe drew level midway through the first half. Hanlon collected Akinfenwa’s header and a neat turn took him clear of his marker and allowed him to beat Alex Cairns in goal.

It got better for the Chairboys on the half-hour mark when Akinfenwa hit his third goal of the season. As Daryl Horgan’s cross came in from the right wing, the striker outmuscled James Hill in the six-yard box and smashed an emphatic finish into the roof of the net.

Vokes hit the Chairboys’ third five minutes into the second half, neatly turning in Hanlon’s pull-back after he had jinked his way to the byline.

Substitute Garner, only on the pitch a minute, gave Fleetwood hope with half an hour to play, flicking in Dan Batty’s corner to make it 3-2.

And Morris – in his first game back after a long injury lay-off – capped their gutsy fightback with the equaliser moments later, drilling home after collecting another pass from Batty.

Fleetwood almost grabbed a winner with four minutes remaining but Andrew’s free-kick came back off the post and the sides settled for a point apiece.