Aleksandar Mitrovic’s hat-trick saw Fulham bolster their spot in the top two of the Sky Bet Championship as they saw off West Brom 3-0.

The Serbian opened the scoring with a controversial penalty on 20 minutes and doubled their lead 20 minutes later to see the home side take charge at Craven Cottage.

The situation went from bad to worse late on for West Brom as they saw Darnell Furlong sent off, ending any hopes of a late comeback. Fulham’s win was emphatically sealed as Mitrovic completed his hat-trick on 82 minutes – his 18th goal in just 15 games this season.

The win took Fulham four points clear of their promotion rivals in the Championship table, although it wasn’t quite the perfect afternoon after Tosin Adarabioyo picked up a late red card, to see both sides finish with 10 men.

While Fulham may have just about deserved to take the lead based on the balance of play in the first half, West Brom will have every right to feel aggrieved by the nature of the opener.

Kyle Bartley’s challenge on Mitrovic was a good one as he took the ball away from the Serbian in the box, but the referee deemed it to be a foul and pointed to the spot – Mitrovic made no mistake in finding the bottom corner.

The second, on 40 minutes, was as much of a gift – this time presented by Robert Snodgrass. The Scot’s attempted backpass was woefully short and right into the path of Mitrovic, who took the invitation gladly to put the ball past Sam Johnstone for a second time.

West Brom did rally in the second half, but any dreams of getting back into the game died on 70 minutes. A brilliant Bobby Decordova-Reid pass found Harry Wilson in behind, and in Furlong’s desperation to retrieve the situation he brought down the Fulham man and was given his marching orders.

Wilson then helped Fulham capitalise on their man advantage with eight minutes to go as his lovely run and pass teed up Mitrovic, who gobbled up the opportunity with aplomb.

Some of the gloss was taken off the result, however, after Adarabioyo’s late reckless lunge on Grady Diangana saw him shown a straight red card.

Analysis: Should it have been a penalty? 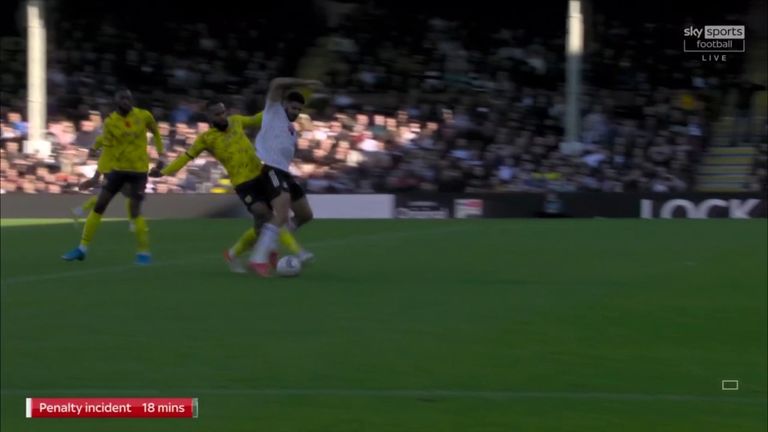 Chris Brunt says Kyle Bartley’s challenge on Aleksandar Mitrovic should not have been given as a penalty.

Man of the Match – Aleksandar Mitrovic

A Championship cheat code. 18 goals for the season in 15 games. Ivan Toney broke the Championship record last season with 31 goals, Mitrovic could have that beaten by Christmas if he keeps going like this. It will certainly help if he keeps getting presented with the kind of chances he had on Saturday. It is hard to imagine Fulham not getting promoted again with him in the side.

On Wednesday night Fulham travel to Blackburn for a 7.45pm kick-off, while West Brom host Hull in an 8pm clash. Both games are live on Sky Sports Football Red Button and the Sky Sports app.