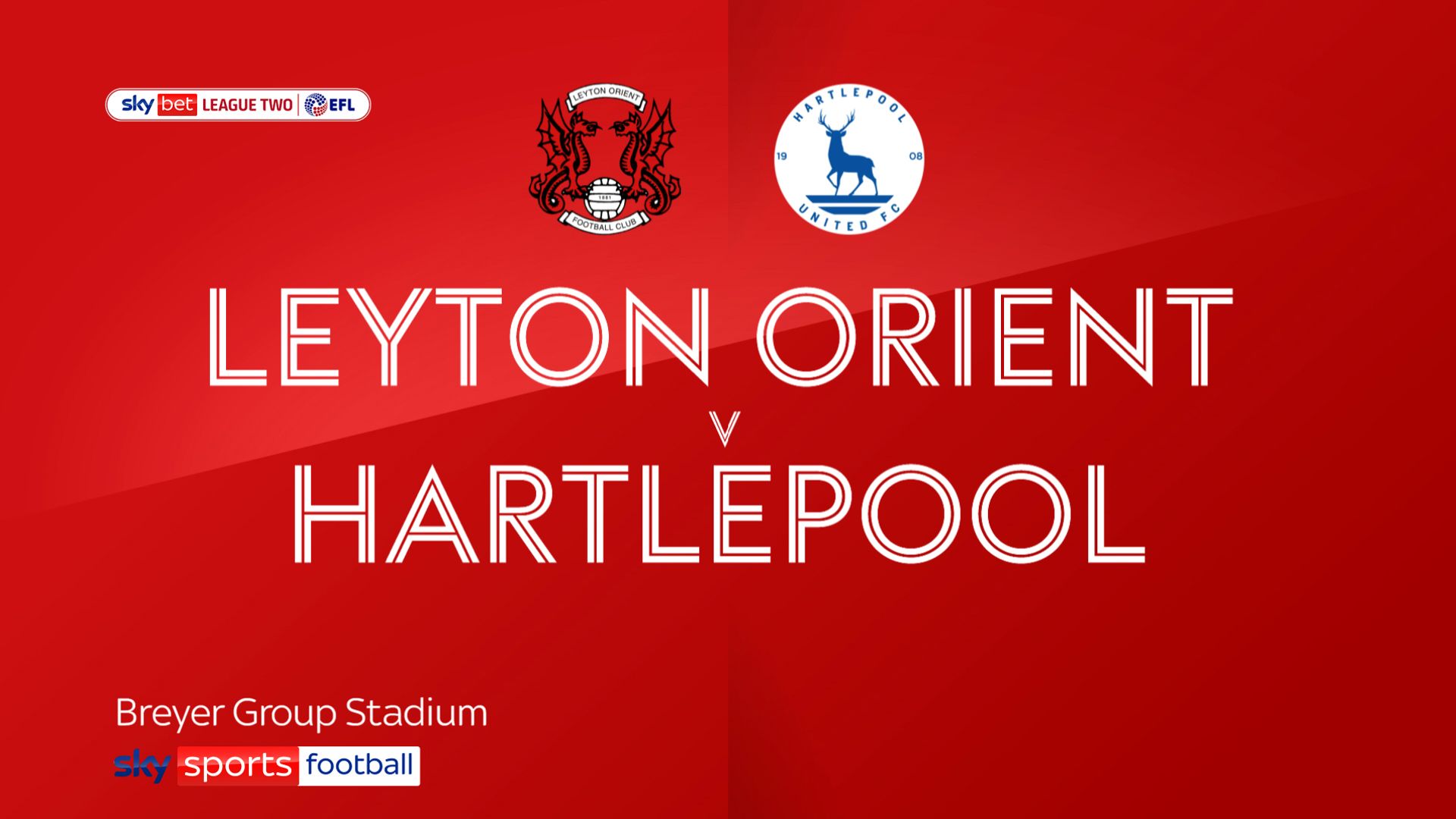 Aaron Drinan netted a hat-trick as Leyton Orient ended a sequence of four successive draws with a 5-0 home win over Hartlepool in a game which was game shrouded in controversy.

After the customary 15-minute interval break, the official brought the teams back to play the missing time before blowing for half-time and ordering an immediate turnaround to start the second half.

Orient went ahead after 20 minutes when Harry Smith laid the ball into the path of fellow striker Drinan to drive low into the net.

Home captain Darren Pratley, who had already been booked, then handled the ball but escaped with a lecture from the referee after 34 minutes.

Moments later, the O’s doubled their lead when Smith drilled a shot into the net and Pools manager Dave Challinor was booked for his heated complaints about Pratley’s let off.

With six minutes left, Pools keeper Jonathan Mitchell cleared the ball straight to Drinan, who shot into the empty net from 20 yards.

Drinan completed his hat-trick in stoppage time after a header by Smith hit the upright and fell into his path for a simple tap-in.