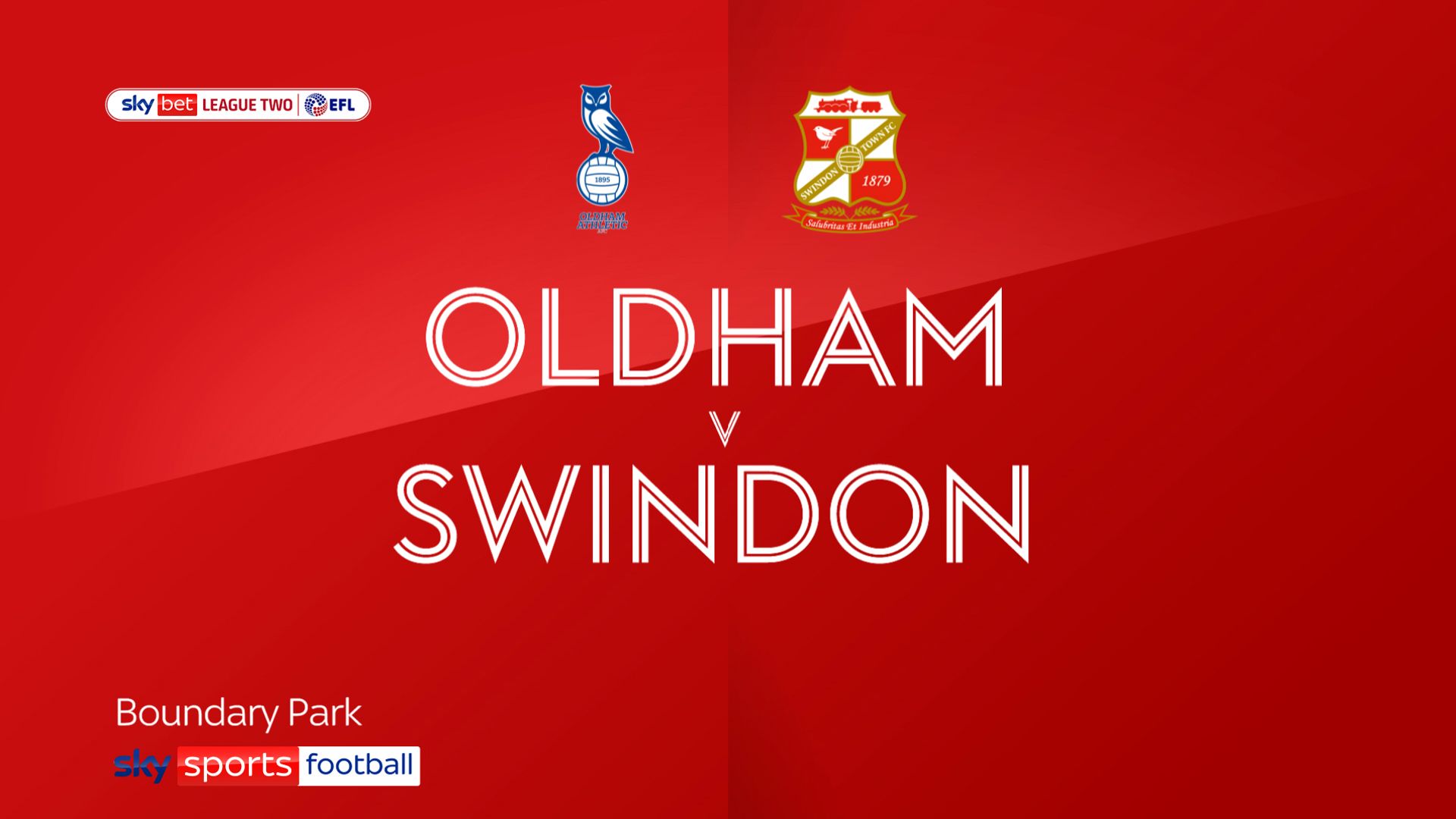 Swindon extended their unbeaten away record to eight League Two matches so far this season with a 3-1 win at struggling Oldham.

Ben Garner’s Robins notched a fourth-straight victory on the road largely thanks to a late double from Tyreece Simpson.

Swindon threatened after 15 minutes when Louis Reed’s 20-yard free-kick was palmed behind by Jayson Leutwiler.

As the visitors dominated, Harry McKirdy volleyed an effort inches wide and Simpson was denied by Jordan Clarke’s goal-line clearance.

Harrison McGahey went close for Oldham, but it was no surprise when Swindon struck in the 32nd minute.

Ellis Iandolo’s whipped-in cross was volleyed home at the near post by McKirdy.

Hallam Hope almost levelled for the Latics but his thumping header was saved by Joe Wollacott.

Oldham goalkeeper Leutwiler produced a smart stop to keep out Simpson soon after the restart.

The hosts rallied somewhat as the 70-minute mark approached and Davis Keillor-Dunn glanced a decent header over the top.

However, victory was sealed in the 79th minute when Simpson met Reed’s through-ball before tucking neatly past Leutwiler.

Carl Piergianni’s thumping header in the 90th minute proved a mere consolation for Oldham as Simpson’s drilled finish then capped an impressive afternoon for Swindon.